On August 15, 1975, the country’s founding father Bangabandhu Sheikh Mujibur Rahman along with most of his family members was assassinated and the Awami League government was ousted from power. The coup carried out by a small cabal of army Majors was masterminded by the American CIA and Pakistan's ISI operating through some Trojan horses in Awami League and the Bangladesh army like then deputy chief Ziaur Rahman.

The Voice of America is believed to have broadcast the news of Sheikh Mujibur Rahman's death an hour before he was killed. Lawrence Lifschultz, in his Bangladesh: The Unfinished Revolution, has provided details of the CIA involvement while others have detailed the ISI involvement even in choosing the day for the coup- August 15- to express Pakistan's anger at Indian support for the cause of Bangladesh liberation and the breakup of Pakistan.

Ironically, the ramifications of this midnight massacre were to open a sordid chapter in Bangladesh's history as the successive military governments destroyed the secular credentials of the country, scrapping “secularism” and installing “Islam” through constitutional amendments.

Unlike Pakistan's military rulers, the two Bangladeshi military dictators founded political parties to cement their control and ensure their legacy. Zia founded the Bangladesh Nationalist Party (BNP) and legitimized the pro-Pakistan Jamaat-e-Islami which his wife Khaleda later turned into an ally. 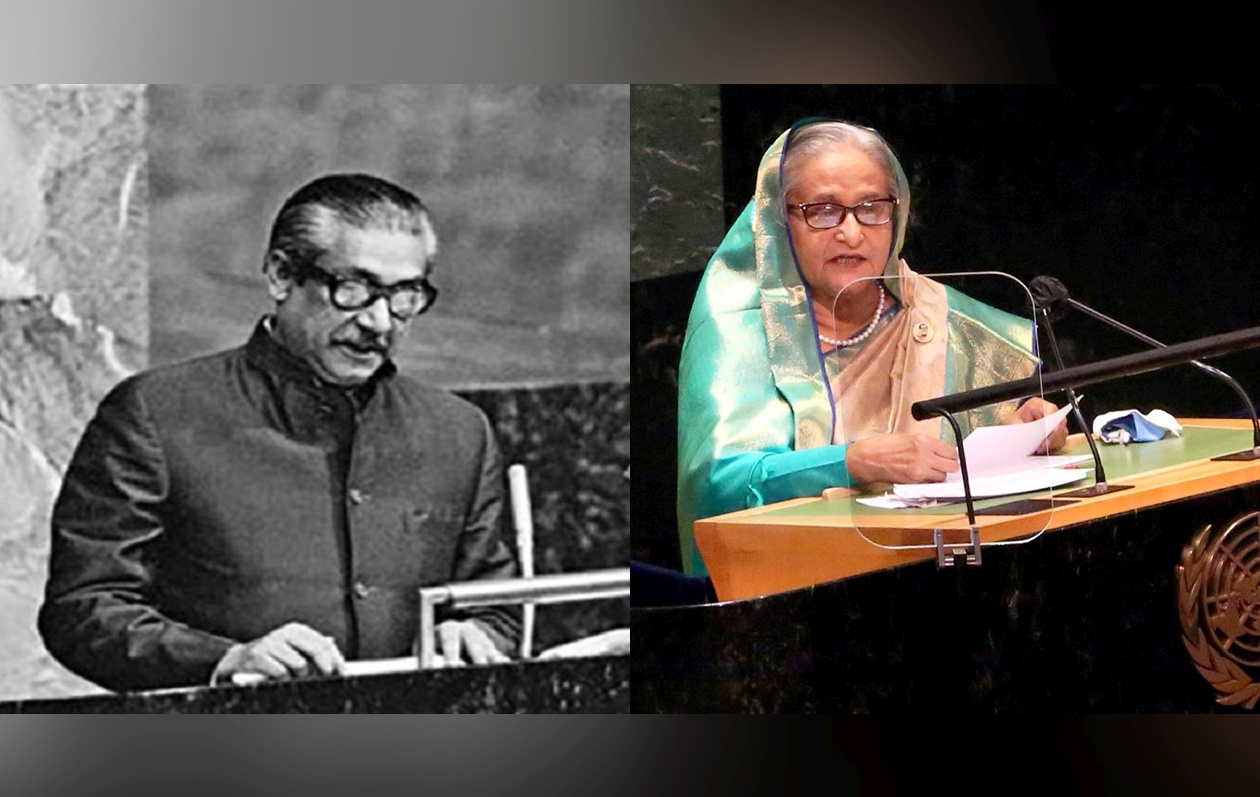 Ershad's Jatiyo Party played musical chairs with both Awami League and the Islamist Opposition to retain its relevance but unlike the BNP could never come to power.

Ironically, some of the Mujib killers are still evading justice, hiding in countries like the US and Canada even though his daughter and now PM Sheikh Hasina has been running the country for more than a decade. Sajeeb Wazed, a grandson of Mujib, years back has called for the extradition of his grandfather's killers from the US.

The role of Bangladesh’s first dictator Zia-ur-Rehman, who is also the founder of BNP, in the gruesome assassination of Mujibur Rahman and his family on August 15, 1975, has not been adequately probed and the role of several other actors in the conspiracy including Pakistan has not been investigated thoroughly. Lawrence Lifschultz said that the men behind that assassination would not have moved around freely without Zia’s backing. And Zia would not have been brazen enough to bring about the 'Indemnity Ordinance ' to let the killers off the hook without American backing. He said,"In my view, all these need to be further investigated.”

Another veteran journalist Mark Tully, who covered the independence war for BBC, offered a glimpse into the post-1975 scenario of Bangladesh. “There were different streams – one stream was pro-Western economic way, anti-socialist, anti-Indian, and also there was a… what I may call…… an Islamic stream as well”.

After Mujib's assassination within four years of securing independence from Pakistan, Bangladesh witnessed the return of regressive, Pakistan-type military regimes that tried to undo the secular, democratic polity based on the post-liberation Constitution.

Bangabandhu Sheikh Mujibur Rahman in 1975 to the rise of the country’s first military dictator Gen Zia in 1977, the die was cast. Finally, it led to the enactment of an infamous 'Indemnity Ordinance ' to ensure the Mujib killers could evade justice, thanks to the covert backing of the USA and Pakistan. 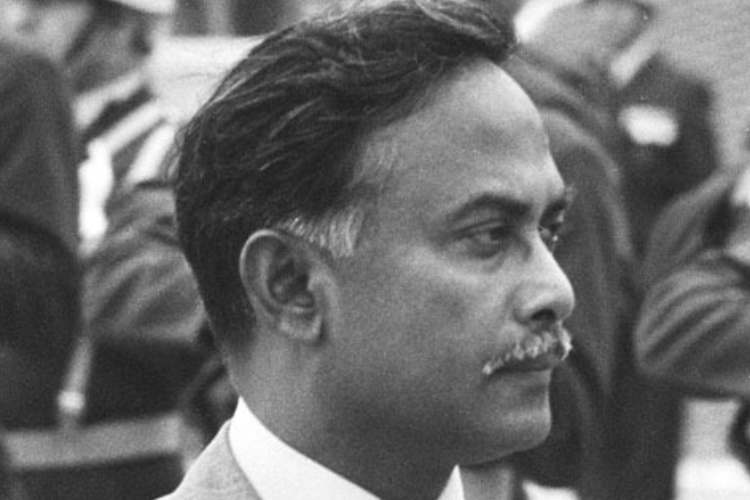 The black law was passed with the sole objective to provide a legal shield for the notorious killers of the country’s founding father Bangabandhu Sheikh Mujibur Rahman. Mujib was assassinated with much of his family in a brutal military coup on 15 August 1975.

The “Indemnity Ordinance” ensured no punishment would be meted out to the army officers who were responsible for the gruesome killing of Bangabandhu and much of his family. The ordinance, in a way, legitimized the coup. By piloting it through parliament, Ziaur Rahman left enough indication of his motive behind rewarding the Mujib killers. He was the remote control behind the coup that brought the curtains down on the glorious legacy of the Liberation War and ushered in an era of re-Pakistanisation, according to a lot of experts. Most of these killers were appointed as senior diplomats in Bangladesh missions abroad and some even rose to become parliamentarians with full impunity.

Referring to the disgraceful inclusion of indemnity for Bangabandhu's killers in the fifth amendment of the constitution, Sajeeb Wazed, a grandson of Bangabandhu, marking July 9, in a Facebook post, called that enactment "the beginning of the culture of impunity for killers in independent Bangladesh”.

For his mother Sheikh Hasina and aunt Sheikh Rehana, two daughters of Bangabandhu Sheikh Mujib who escaped the assassination being overseas at that time, it took over decades to start the trial process to bring their father's killers to justice.

Only after Hasina’s return to power in 1996 could the process start only to be pushed to the backburner after she lost the parliament elections five years later.

Ziaur Rahman, also the founder of the country’s Islamist opposition Bangladesh Nationalist Party (BNP), had famously written off the Bangabandhu's assassination with a classic remark in August 1975. “So what… vice president is there” was how Zia replied when a junior officer rushed to him and apprised him about Mujib's assassination, according to a BBC Bangla report.   A government with Awami League turncoats was put in place after the coup, but Ziaur soon maneuvered to first become army chief, then chief martial law administrator, and finally President -- all within three eventful years marked by a " legacy of blood" ( title of Anthony Masceranhas' famous book ).

According to noted researcher Ajoy Das Gupta, Ziaur with his troops stormed the house of then president Abu Sadat Mohammad Sayem in the dead of the night and forced him at gunpoint to hand over the presidency to him. Sayem had served as president of the country for more than a year till 1977.

Ironically with Ziaur Rahman at the helm, a huge effort was made to erase secularism as the core value of Bengali nationalism. 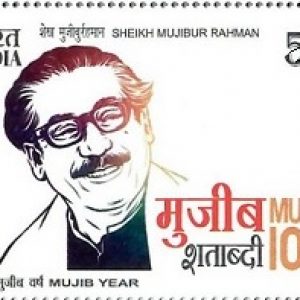 Anti-liberation narratives started taking shape with state patronage and even the founding father’s contributions were sought to be erased as war criminals were allowed to carry out their activities with full impunity.

Lifschultz said Zia maintained strong connections with Pakistan and others during a soldier's mutiny. "We moved into a real military dictatorship which was even more violent than Pakistan."

During Ziaur’s brief tenure, multiple efforts were made to evoke a sense of reunification with Pakistan, says Ajoy Dasgupta.

March 7, 1971, goes down in the history of Bangladesh as the day when Father of the Nation Bangabandhu Sheikh Mujibur Rahman's historic speech set the ball rolling towards independence. On the same day in 1976, months after Bangandhu’s assassination, military ruler General Ziaur Rahman made a nefarious attempt to revert to the 'crescent and star' flag of Pakistan. After staging a farcical referendum to solidify his grip on power in 1977, marked by overwhelming public rejection, Ziaur floated BNP solely to put his military regime on a political platform, Dasgupta said.

But the impunity did not shield the killers forever as Sheikh Hasina, who is now credited with leading her country’s golden decade of development, pushed for the trial of her father's killers after her return to power.

“Some of the confessed killers are still evading justice as they have found active but ironic support from some western powers like UK and US and they continue to get shelter with the governments turning down repeated requests for their repatriation,” says Ajoy Dasgupta.

Ziaur lived by the sword and died by it in a coup of sorts but his legacy of blood was carried forward by his wife Khaleda Zia and Tarique Rahman, especially during their coalition government with Jamaat e Islami between 2001-06.

Tarique, now a fugitive who runs BNP from London, has been convicted by a Bangladesh court for planning the 2004 grenade attack on an Awami League rally that left many party leaders and activists dead. Hasina escaped by the proverbial whisker with serious damage to her hearing.

(The author is a Dhaka-based journalist)