Is Pakistan behind Zawahiri’s killing? A few days after the Pakistani Army chief requested the USA to help his country obtain the $1.7 billion loan installment from the International Monetary Fund (IMF) raising eyebrows in many quarters, Al Qaeda chief Ayman al-Zawahiri is killed in a house belonging to the Taliban minister Sirajuddin Haqqani whose proximity to Islamabad is no secret.

Is this a mere coincidence or there is more than that meets the eye on the role of Pakistan in helping the USA eliminate its top target on 9/11, the major and most Spectacular of terrorist attacks on the USA, and getting the favour of IMF sanctioning loan that it desperately needs as quid pro quo?

The Pakistan experts like Michael Kugelman, Deputy director, Asia program at the American think tank, The Wilson center mince no words in hinting at Pakistan’s covert role in the killing:

It may be recalled that speculations over the involvement of a section of Pakistan’s administration in the killing of Osama bin Laden by the US SEAL in 2011 have not died down.

For the record, the Pakistan government has imprisoned a doctor who was used by the CIA to take blood samples of Laden's family members to confirm his presence through DNA matching.

Osama and his family lived in an isolated house with a tall boundary close to the Cantonment in Abbottabad in Pakistan. This particular doctor had sent his staff to collect blood samples from the family under the pretext of a health survey.

India’s senior Pakistan expert Major (retd) Gaurav Arya, who is known for his accurate predictions on Pakistan has is followed on social media in that country said the drone that killed Zawahiri in Kabul could not have taken off from any other place but Pakistan.

Al Qaeda leader Zawahiri killed in CIA drone strike, in Kabul. Where did the drone take off from? If it was Pakistan, then what was “absolutely not” about?

If not Pakistan, then what was “absolutely not” about?

As per reports, the Kabul Safe House where the aging and sick Zawahiri was killed belonged to Haqqani. Even this points to the Pakistan link.

Now if Islamabad can get the IMF loan quickly, it would be a clear pro quid quo between the US government and the Pakistani army that enjoy good relations despite Pakistan’s political class falling apart from their former allies.


Pakistan desperately needs the IMF loan to keep its economy floating or it is likely to face a situation of bankruptcy like Sri Lanka. 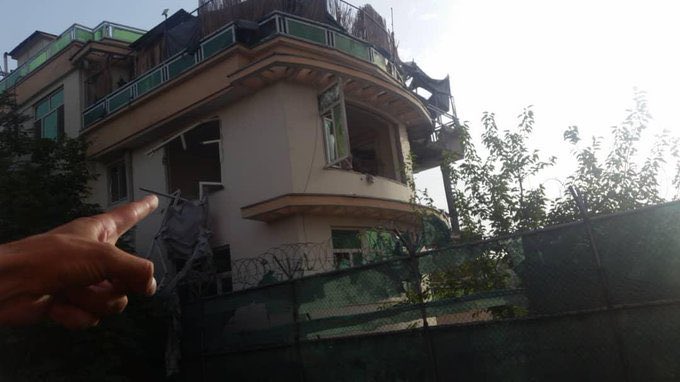 The IMF has snubbed Islamabad and asked it to raise collateral by raising funds from other countries to be deposited in the bank for any more loans from the global body that is controlled by the USA.

As per the report in Pakistani media, Qamar Javed Bajwa has discussed the issue with U.S. Deputy Secretary of State Wendy Sherman, appealing on Washington to use its influence with the IMF to help Pakistan.

Also, the hit on Zawahiri has exposed the Taliban's lie that the group no longer has links to AQ. But worth noting that the Taliban also retain ties to many other terror groups in Afghanistan. And that’s a key reason why regional players haven’t been willing to recognize the Taliban regime.

It has to be remembered that the US has no boots on Afghan soil after its troops left the country in August last year after signing a deal with the Taliban in Doha.

Despite cutting-edge technology that helps the US to tentatively identify targets from space, it needs to get confirmation from the ground about it.

Also, Haqqani’s links with ISI and Pakistan Army are no secret. He was used by the ISI to target the Indian embassy and consulates in Afghanistan many a time.