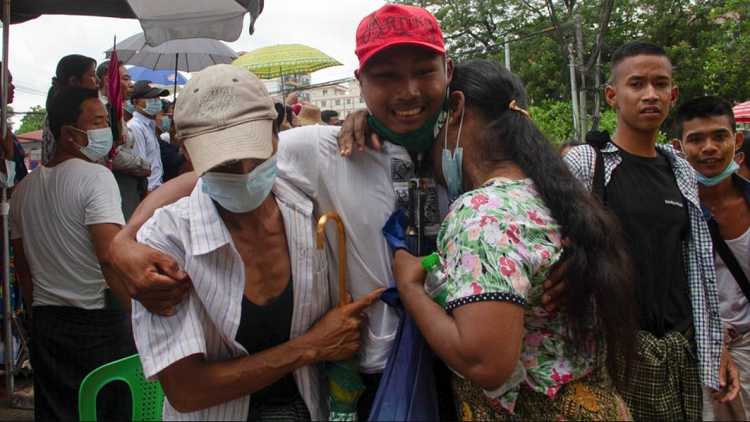 Myanmar on Wednesday released about twenty-three thousand people held for participating in anti-coup demonstrations. Many journalists were also among those held by the military for taking part in the protests.

Many activists described this as an action plan to divert people's attention from the ongoing crackdown situation in the country. Citing local media, Kyodo News reported that authorities have decided not to prosecute 24 celebrities who joined the civil disobedience movement and were accused of inciting social unrest.

According to the human rights group Assistance Association for Political Prisoners, an estimated 5,210 people have been detained nationwide as of Wednesday for protesting against the Feb 1 military coup.

Since the February military coup in Myanmar that ousted the democratically elected government led by civilian leader Aung San Suu Kyi, she and other prominent politicians have been detained and hundreds of civilians have been killed by security forces.