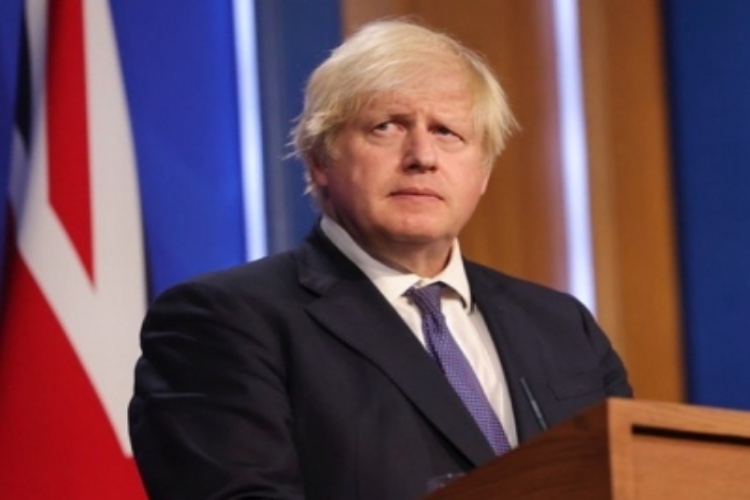 Boris Johnson characteristically came out fighting in the House of Commons, as his future as the Prime Minister of Britain hung in the balance following an investigation by a senior civil servant, Sue Grey, into partying at his office-cum-residence at 10 Downing Street in London damningly violation of Covid-19 laws at the epicentre of political power in the UK.

He described the report as 'a tissue of nonsense' in response to the leader of the Labour party and of the opposition, Sir Keir Starmer, accusing him of ignoring it and calling him a 'man without shame'. Johnson cowered behind a police inquiry currently underway as a result of the facts unearthed by Grey.

Johnson's immediate predecessor and Conservative party colleague Theresa May, whose exit he is said to have engineered, sarcastically asked him if he had not read Covid rules, did not understand them or thought he was exempt? May is looked upon as a person who might navigate Johnson's ouster from behind the scene. If 54 Conservative MPs ask for a leadership contest, this will automatically be triggered.

A leadership contest could open the door for Rishi Sunak, now Chancellor of the exchequer, to throw his hat into the ring. Controversially, what surfaced in the public domain on Monday after a week of dilly-dallying was reportedly a heavily redacted report. The British capital's metropolitan police, popularly known as Scotland Yard, insisted on this, so as not to jeopardise the criminal inquiry it has been entrusted with, based on Grey's findings.

The Yard is probing 12 of the 16 parties examined by Grey, which will interrogate Johnson 'under caution', which means as a suspect, not as a witness. Johnson in other words is believed to have committed the crime of allowing or himself being knowingly and willingly a participant in the concerned parties or social gatherings, thereby not following Covid-19 rules legislated by his own government.

Grey concluded: "At least some of the gatherings in question represent a serious failure to observe not just the high standards expected of those working at the heart of the government, but also of the standards expected of the entire British population at the time." She disclosed: "Some staff wanted to raise concerns about behaviours they witnessed at work but at times felt unable to do so."

"The whole of the country rose to the challenge," she wrote, adding: "Ministers, special advisers and the Civil Service, of which I am proud to be a part, were a key and dedicated part of that national effort. However, as I have noted, a number of these gatherings should not have been allowed to take place or to develop in the way that they did."

It was circulating in media that Grey admitted her report does not provide a 'meaningful' account of 'partygate' because of omissions requested by the police. It was, though, still quite a bombshell, as expected. In a rowdy session of the Commons, leader of the Scottish National Party, Ian Blackford, was ordered to leave the chamber by the Speaker after the former insisted on saying Johnson had 'misled the House' - by convention a resigning matter in British politics. The parties allegedly took place between March 28, 2020 and May 17, 2021.

ALSO READ: As US, Russia clash at UNSC, India calls for 'legitimate security'