Nothing about J&K is India's internal matter: Pak FM 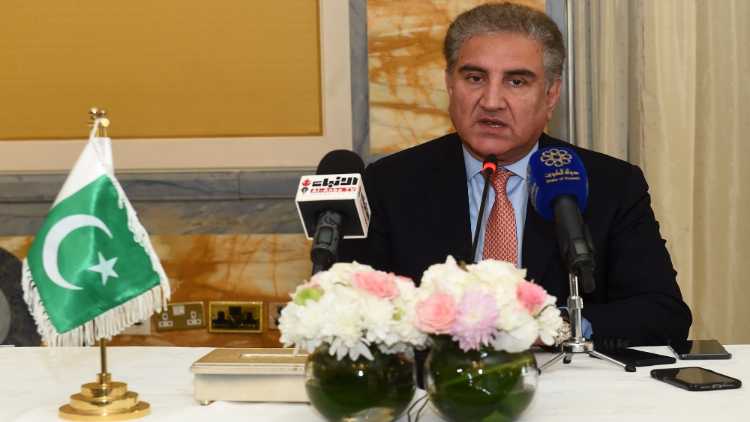 Pakistan Foreign Minister Shah Mahmood Qureshi has said that when it comes to the dispute over Jammu and Kashmir, no decision on the subject can be India’s internal matter.

Qureshi said the final settlement of what he called 'Indian Illegally Occupied Jammu and Kashmir (IIOJK)' dispute lies in the United Nation Security Council's (UNSC) resolution, calling for a free and impartial plebiscite under the UN auspices.

"Let me be clear: Jammu & Kashmir is an internationally recognised dispute on the @UNSecurity Council agenda. Final settlement of the dispute lies in #UNSCresolution calling for free and impartial plebiscite under UN auspices. Nothing about J&K can be India's internal matter," Qureshi tweeted o Monday.

He also said that the possibility of talks with India at any level would only happen if the situation in Jammu and Kashmir improves, insisting that the J&K dispute is an internationally recognised issue.

"Kashmir is not bilateral; rather an internationally recognised issue as there are numerous UN Security Council resolutions on it," Qureshi said.

He also highlighted that if India and Pakistan want sustaining and lasting peace in the region, they would have to put the Kashmir dispute on the table and find a resolution to the matter through dialogue.

Qureshi said that resolution to the Kashmir dispute can only happen as per the aspirations of the people of Kashmir.

Talking about the role of the UAE in reducing tensions between India and Pakistan, Qureshi said Pakistan is comfortable with the Gulf nation's role.

"We want to move ahead, but in order to get there, India, which is responsible for vitiating the environment, will have to create a conducive and enabling environment for dialogue to take place," he said.

"Pakistan would appreciate anyone and everyone, including the UAE, to play a positive and constructive role, but the initiative will have to be indigenous," he added.

Qureshi also criticised the Narendra Modi-led government in India for wanting to see peace in Afghanistan and the region, but opting to "assault, brutalities and oppress the Kashmiris through unprovoked firing".

"There have been some positive developments, as India says it wants to see a peaceful Afghanistan and region, but Kashmiris on both sides of the Line of Control are suffering from unprovoked firing by India," Qureshi claimed.