Prime Minister Narendra Modi arrived in UAE on Tuesday evening following his three-day visit to Germany for the G-7 meeting.

Modi is on a special visit to UAE to pay personal condolence after the recent demise of its former president, Sheikh Khalifa bin Zayed Al Nahyan. Prime Minister Narendra Modi expressed his gratitude to the UAE President and Royal family for their gesture of coming to the airport to meet him. He wrote on Twitter:

I am touched by the special gesture of my brother, His Highness Sheikh Mohamed bin Zayed Al Nahyan, of coming to welcome me at Abu Dhabi airport. My gratitude to him. @MohamedBinZayed pic.twitter.com/8hdHHGiR0z

This will be PM Modi's first meeting with Sheikh Mohammed bin Zayed Al Nahyan since his election as the new President of the UAE and the Ruler of Abu Dhabi. 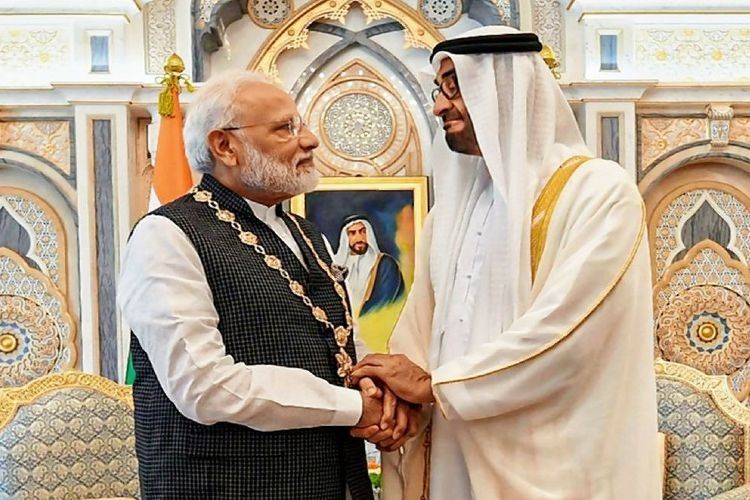