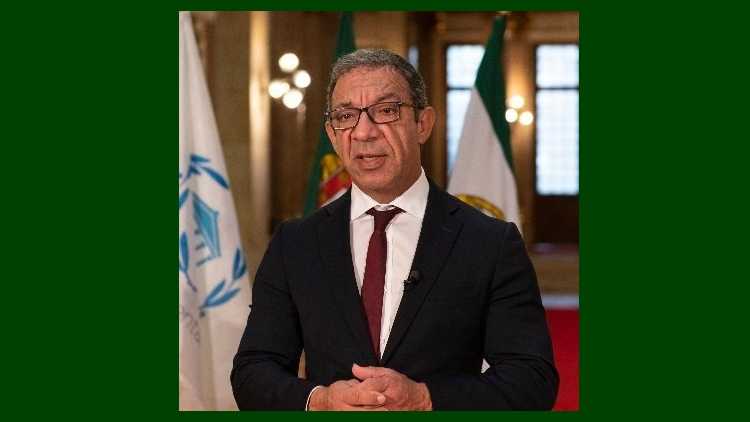 Duarte Pacheco, President of Inter Parliamentary Union (IPU), Geneva, is on a seven-day visit to India to exchange views on further strengthening the relations between the Parliaments of the two countries

"In United Nations, the Portugal supports the reform process and the inclusion of India as a permanent member of the UN Security Council," he said.

Pacheco said that India is the largest democracy of the world and in all levels, from local to national, is looking to be more inclusive with more women and young people.

He emphasised that Portugal and India have over 500 years of relationship.

Prime Minister Narendra Modi was also present in the occasion.

Rajya Sabha Deputy Chairman Harivansh said: "It has been a testing time for governments as well as Parliaments to deal with this extraordinary situation."

The President of Inter Parliamentary Union, Geneva Duarte Pacheco, is on a visit to India from March 14 to 20 as a guest of Parliament of India.

Pacheco was present during the Rajya Sabha proceedings in the House on Monday and was welcomed by Rajya Sabha Chairman M. Venkiah Naidu.

The Inter-Parliamentary Union (IPU) is an international organisation of national parliaments. Its primary purpose is to promote democratic governance, accountability, and cooperation among its members and its initiatives include advancing gender parity among legislatures, empowering youth participation in politics and sustainable development.

It was established in 1889 as the Inter-Parliamentary Congress. IPU membership was reserved for individual parliamentarians, but it has since transformed to include the legislatures of sovereign states. The national parliaments of 179 countries are members of the IPU, while 13 regional parliamentary assemblies are its associate members.