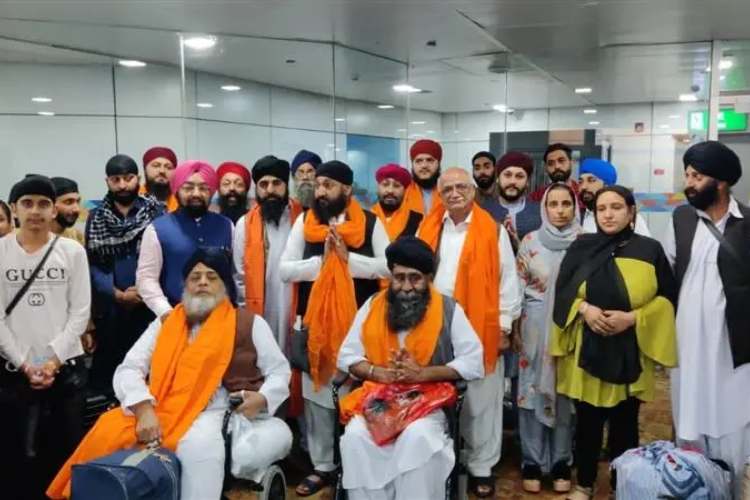 A special flight carrying 55 Afghan Sikhs fleeing from Afghanistan arrived in India at New Delhi airport on Sunday, as a part of efforts to evacuate the distressed minorities in the Taliban-led nation.

A special flight operated by Ariana Afghan was organised by the Shiromani Gurudwara Prabandhak Committee, Amritsar in coordination with the Indian World Forum and the Government of India to evacuate these Afghan minorities.

"The 55 sikhs who were stranded in Kabul, Jalalabad have arrived safely in Delhi today. I am thankful to the Indian government to facilitate e-visas. We will rehabilitate them in the "My family My responsibility" programme." Punjab MP Vikramjit Singh Sahney said.

Sahney is running a programme "My family My responsibility" under which 543 Afghan Sikhs and Hindu families are being rehabilitated in West Delhi by providing them with all facilities.

He said, "We are already rehabilitating 543 families by providing them with monthly household expenditures, house rent and medical facilities, and the rehabilitation of these people will be a part of the same programme."

An Afghan Sikh, Baljeet Singh, who returned on the same flight, said, "The condition is not very well in Afghanistan. I was imprisoned for four months. Taliban have cheated us; they butchered our hair in prison. I am thankful and happy to return to India and to our religion. There are 11-12 people left behind who will also return soon, I hope."

68 Afghan Hindus and Sikhs have arrived till date after the attack at Gurudwara Karte Parwan in Kabul.

SGPC is bearing the airfare for the same. On August 3, at least 30 Afghan Sikhs including children and infants, arrived in Delhi by a non-scheduled commercial flight from Kabul, operated by Kam Air.

There were about 700 Hindus and Sikhs in Afghanistan in 2020, but a large number of them left the country following the Taliban's takeover in August, 2021.