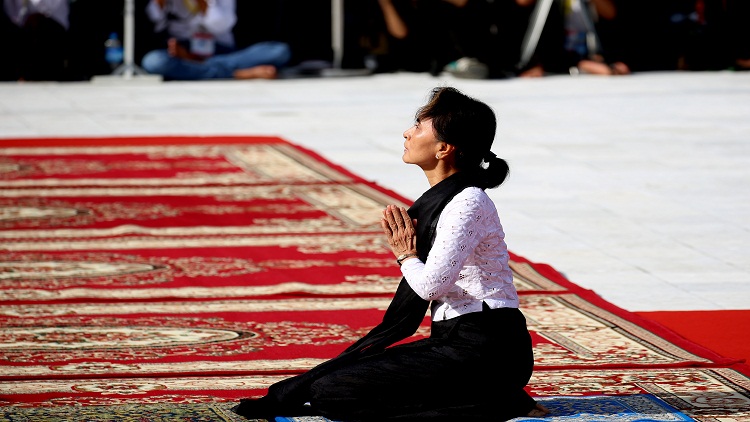 UN Security Council members will be briefed on Tuesday on the situation in Myanmar where the military has staged a coup after detaining top government officials, including de facto leader Aung San Suu Kyi, and declaration of a year-long state of emergency.

The members will be briefed by Special Envoy Christine Schraner Burgener in a closed video-conference (VTC), according to an official UNSC statement.

The UK, which takes over the rotating Security Council presidency for the month of February, has circulated a draft press statement that may be issued following the meeting if members are able to agree on it, it added.

"We had it on the program of work originally for discussion later this week. In discussion with council members, we have agreed now that we will move it up to discussion tomorrow, given the developments in Myanmar over the weekend," the UK's Ambassador to the UN Barbara Woodward said in a statement

"We want to address the long-term threat to peace and security, of course working closely with Myanmar's Asian and ASEAN (Association of Southeast Asian Nations) neighbours."

Besides Suu Kyi, the military, known as the Tatmadaw, on Monday detained President U Win Myint, regional and state ministers, as well as some central executive committee members of the ruling National League for Democracy (NLD) party.

The coup was staged following escalated tensions between the government and the army that erupted due to the outcome of the November 2020 parliamentary polls, the first to be held since the end of the Army's rule in 2011.