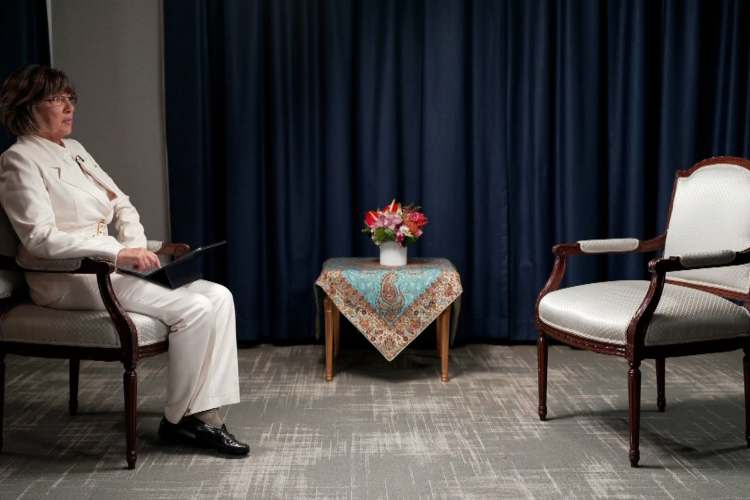 Amanpour waiting for the Iranian President before the interview got cancelled (Pic courtesy: Twitter)

Iran's President Ebrahim Raisi on Thursday cancelled the scheduled interview with the US journalist as she refused to wear a hijab for the interaction.

This comes amid massive protests in Iran that escalated after the death of a woman in police custody for breaking hijab laws.

An interview of Iranian President Ebrahim Raisi with CNN's Chief international anchor Christiane Amanpour was abruptly cancelled after the journalist declined to wear the Hijab.

Taking to Twitter, Amanpour said that she was suggested to wear the headscarf but after her denial, the interview got cancelled.

In a series of tweets, the anchor said that she planned to discuss the demonstrations, which are surging in Iran, including numerous incidents where women are burning their hijabs to protest over the death of Mahsa Amini in police custody, among other topics.

She waited for 40 minutes for the President to come for the interview but was cancelled.

And so we walked away. The interview didn’t happen. As protests continue in Iran and people are being killed, it would have been an important moment to speak with President Raisi. 7/7 pic.twitter.com/kMFyQY99Zh

After Amanpour repeatedly declined to wear the Hijab, the interview, at the end, got cancelled.

The ongoing protests in Iran have intensified on Wednesday, demonstrators hurled stones over security forces.

The protestors burned vehicles and chanted anti-government slogans as the oppression against strict dress codes for women continued in Iran.