US to deploy additional 3,000 troops to Europe amid Ukraine tensions 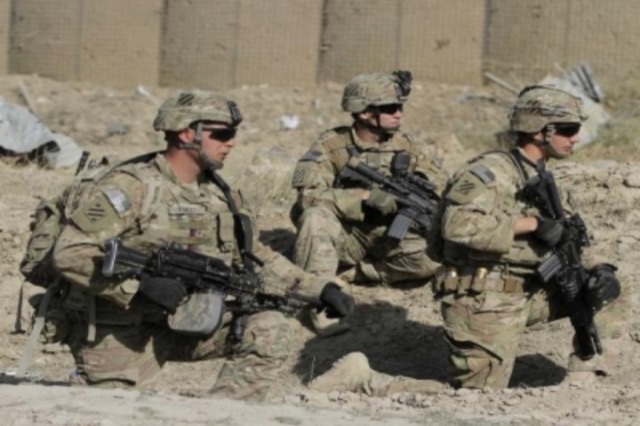 The US will deploy additional troops to Europe, the Defense Department has announced, citing tensions on Ukraine's borders. The deployment includes 1,000 troops currently based in Germany to be repositioned to Romania and another 2,000 troops to be sent from the US to Germany and Poland, John Kirby, the Defense Department's spokesman, was quoted as saying by Xinhua news agency.

"These are not permanent moves. They are moves designed to respond to the current security environment. Moreover, these forces are not going to fight in Ukraine," Kirby said during a press conference at the Pentagon. "These movements are unmistakable signals to the world that we stand ready to reassure our (North Atlantic Treaty Organization) allies and deter and defend against any aggression," he added.

The US has already put some 8,500 troops on "heightened alert," in preparation for what it claimed to be an "imminent" Russian invasion of Ukraine. The measure will enable the troops to be deployed on short notice if NATO decides to activate its rapid response force known as the NRF.

Kirby said the troops being deployed are separate from those put on high alert. They will operate on a bilateral basis with their host countries, and will be under US command -- not NATO command - since the alliance has yet to activate the NRF.

Repeatedly declining to say whether the deployment was in response to fears that Russia could attack a NATO country, the spokesman said the US troops could be augmented by additional deployments in the coming days or months, noting that other NATO countries - including the UK, France and Denmark - have also moved to shore up the alliance's eastern flank.

President Joe Biden said that on Friday he "will be moving US troops to Eastern Europe and the NATO countries in the near term." The president has maintained that no US forces will be sent directly to Ukraine, which is not a NATO member.