Vegetable prices are touching the sky in Pakistan and the situation is likely to get exacerbated with more than 400 containers of imported vegetables being stuck at the Karachi port for problems arising out of the trouble in payments due to the falling value of the Pakistani rupee.

As of now, the official rates of mandis don’t portray a rosy picture for the buyers. For example, one piece of capsicum is being sold Rs.229 (PNR). The total value of the vegetables is

Right now, some 400 containers of vegetables are stranded at the port, and in a day or two, this could further inflate the vegetable prices.

Due to low foreign exchange reserves, the traders are not able to make payments in dollars for the imported vegetables.

Currently, the Pakistani rupee is 224.36 against one US dollar. The country’s foreign reserves have shrunk to $7.83 billion - the lowest in the last three years. The country is left with only one month's foreign exchange reserves.

According to Pakistan's Business Recorder, The Pakistan Fruit and Vegetable Exporters, Importers and Traders Association has informed about 400 containers full of vegetables stuck in Karachi.

According to the PFVA, these containers have onions, ginger, garlic, etc. imported from China, Egypt, Thailand, and other countries. The consignments have remained unclaimed for four days ago. The union says that if the vegetables are not brought to the market in a day or two, these may rot and be of no use.

Pakistan’s commercial banks are saying that due to the non-availability of foreign exchange, the documents for the release of goods from the containers are not being processed.

According to the reports, the PFVA claimed that the inordinate delay in the clearance of consignment will lead to a steep hike in the costs, including terminal and shipping charges. 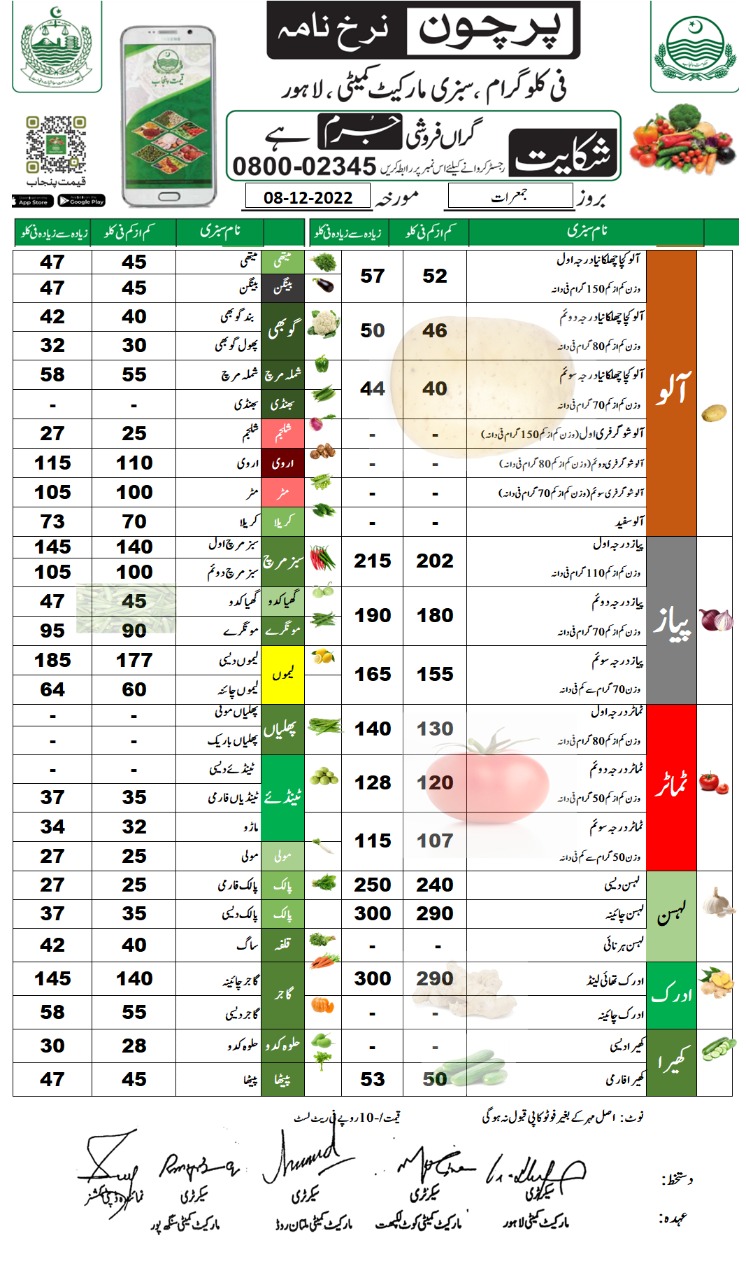 Price list of vegetables issued by the government of Punjab, Pakistan

Despite repeated assurances by Finance Minister Ishaq Dar on Sukuk (Islamic funding) payments, the international market is not ready to trust Pakistan. Right now, the country is struggling to avoid default by borrowing more from the markets, donors, commercial banks, and friendly nations.

Pakistan has been in political turmoil since Imran Khan won a vote of confidence in April and stepped down.

Pakistan Tehreek-e-Insaf chief Imran Khan has accused the USA of planning to topple his government. Apart from this, the opposition and its supporters are on the streets for re-election. As a result, despite taking loans of billions of rupees from many countries and lifting the economic sanctions imposed on it by FATF, tremendous instability remains in Pakistan.

As a result, a huge economic crisis has engulfed the country. Due to the high cost of food and drink, it has slipped out of the hands of the common man. Right now, there is inflation in vegetables in Pakistan.