Why Bangladesh economy will not go Sri Lanka or Pakistan way Looking for a Sri Lanka or Pakistan-type economic crisis in Bangladesh is looking for a wolf in the jungle where there is none.

"They are just putting Bangladesh in the same league with the two other South Asian nations in deep trouble just because Dhaka has sought IMF support.  But Bangladesh is just looking to cushion itself to face a worst-case scenario and not because it is already under the water," says Sukharanjan Dasgupta, a renowned author on Bangladesh.

Dasgupta sees an agenda in this wild alarm -- those setting it off either are given to naively equating the three cases, he says, but some behind these wild projections want to trigger large-scale social unrest to bring down the Sheikh Hasina government that has presided over a Golden Decade of Development.
The use of a nine-year-old video, that captured moments of hardliners going on a rampage on the streets of the capital, to deliberately claim it as a protest against the rise in fuel prices, coupled with the Bangladesh Nationalist Party’s (BNP) call for “violent street agitations” instead of facing polls in its quest to assume power, clearly testified to a plan behind the wild alarm.
Following the recent price hike in fuel prices, several outlets projected a Sri Lanka-type abyss in Bangladesh.
But a reality check would reveal the country’s effort to seek IMF and World Bank loans was not necessitated for a “bailout”, unlike Pakistan and Sri Lanka.
Rather a host of macro-economic indicators suggest otherwise.
Street protests have been less frequent as vehicular movement remained normal despite the sudden rush of people at petrol pumps immediately after the announcement of the price rise.
Ground reality on price hike

Unlike unprecedented power outages stretched for 13 hours a day, “unbridled corruptions” of then Begum Zia’s era by her sons in the power sector forced many multinational companies to leave Bangladesh, deployment of law enforcers to stymie public protests killing at least ---- innocent lives, the recent bout of power cuts and soaring prices mostly have emanated from the global economic woes as the outbreak of Russia Ukraine conflict pushed global energy crisis.

Another key reason for this staggering rise has been heavy subsidies that took a heavy toll on the government for around  BDT 8000 cr went in just a span of four months (February 2022—June 22).
So despite the huge increase in prices of essential commodities surely adding to public angst, a relief for Awami League-led government has been that this was caused by global factors and not by internal mismanagement like during the BNP's 2001-6 regime.
IMF loan no bailout package
Finance Minister Mostafa Kamal makes it clear that the funds Bangladesh is trying to negotiate from IMF are not a bailout package for a sinking ship but for future spending on a host of fronts like financing measures to meet the climate change challenges.
The IMF backed the Minister's claims.

"Bangladesh has asked the International Monetary Fund to start talks on a new loan under the creditor's Resilience and Sustainability Trust (RST), which is designed to help countries ensure sustainable growth," clarified Krishna Srinivasan, director of the IMF's Asia and Pacific Department, in a Reuters interview recently.

Bangladesh's $416 billion economy is the first in Asia to put such a request forward to the Washington-based lender as it seeks to ramp up its attention on how to mitigate the impact of climate change, he said.
So equating RST funding with an IMF bailout package sought by Sri Lanka or Pakistan is clearly missing the wood for the trees. "Some misleading reports are causing a false alarm needlessly. Bangladesh is on course to meet all challenges and we are just being careful," says Ahmed Kaikaus, principal secretary to Prime Minister.
Forex and Remittances
Bangladesh receives $813 million in remittances in 10 days of August, according to local media outlets while in July, $2.09 billion in remittances came in through the banking channel, the highest in the last 14 months. Moreover, new markets for manpower are being opened including Greece and Malaysia.
Regarding this growth, Zahid Hussain, former lead economist of the World Bank's Dhaka office, said “I think the increase in the number of migrant workers could be for a permanent reason this year because if you notice, you will see that the labour export has increased since the beginning of this year."

Export
Export of agricultural products from Bangladesh fetched over $1 billion in FY22 as agricultural goods and processed foods fetched $1.16 billion worth of foreign exchange, a rise of 13.04% year on year, Export Promotion Bureau (EPB) data showed.

Analysts say the entry of agricultural products into the billion-dollar-earner club lits up hope for the country's much-needed export-basket diversification, says a media report. On the other hand, the country’s exports in the 2021-2022 fiscal end crossed the $50 billion mark with the Hasina government has set a target of $67 billion in export income in the next fiscal ( 2022-23).

A recent Reuters report says Bangladesh, the world's second-biggest garment exporter after China, saw exports soar 30.4% to $35.8 billion last year, the biggest year-on-year jump in about 25 years.  Despite fears of global recession, the readymade garments sector is confident of bringing in $ 40-45 billion in a worst-case scenario, reads the report further.  That falls far below the projected target for 2022-23 but is still good enough to keep Bangladesh's economy floating firmly above the danger mark, if not sailing pretty.
Hasina’s Leadership

One reason for that is Hasina, unlike the Rajapaksas or the Imran-Sharif types, is a cautious development-driven leader who will take no chances with profligate spending.
Where Bangladesh differs from Sri Lanka and Pakistan is that in the thirteen years that Hasina has led the country, Dhaka has gone big on infrastructure development but focused only on projects with immediate economic spin-offs.

Compare the Hambantota port which attracted hardly any shipping after being built at a huge cost with the bridge on river Padma which has brought immediate millions once opened to traffic. So while the Rajapaksas had to lease out Hambantota to the Chinese once they failed to pay up, Hasina was courageous enough to scrap the China-proposed Sonadia deep sea port and over the project to the Japanese at a nearby location.

Not to speak of her courageous decision to develop the $ 3.9 billion Padma railroad bridge with the country's resources when the World Bank was delaying funding over unsubstantiated corruption charges.
Be it with multilateral agencies like World Bank or countries like China or Japan, Bangladesh has a track record of driving very hard bargains on terms of repayment and other conditionalities. That is true of selecting projects as well.
A Financial Times op-ed recently described Bangladesh's economic resurgence as a template for Third World development, a lesson that can be replicated for a host of African nations. It said Bangladesh is now where South Korea was in 1975 but argued that developing nations better follow the Bangladesh model to wriggle free of hopelessness into growth.
Charlie Robertson, the chief economist at Renaissance Capital, told the Financial Times that Bangladesh's phenomenal growth owed to three factors - literacy, electricity, and fertility -- but this is where the African nations are still behind Bangladesh.
Debt burden management
A recent list of countries identified by the UN that run a real risk of going Sri Lanka's way contains as many as fifty nations but  Bangladesh is not on the list.  Similarly, the country's external debt to GDP ratio would also be contracting.
For instance, it would be 13.4 percent in fiscal 2031-32, down from 18.1 percent in fiscal 2021-22, said the International Monetary Fund in its most recent Debt Sustainability Assessment that was published in March. Moreover, another earlier debt sustainability assessment, by IMF-WB says” Bangladesh has a low risk in dealing”,

“Bangladesh has a low risk of external debt distress and a low overall risk of debt distress. All external debt indicators are below their corresponding thresholds under the most extreme shock" (source: Bangladesh: Joint World Bank-IMF Debt Sustainability Analysis, April 2022).

However faced with the rise in spot market LNG prices at the outbreak of the ongoing war between Russia and Ukraine, the country rolled out a set of measures, much as precautionary efforts, thanks to the far-sighted leadership of Sheikh Hasina. Planned power cuts in different parts of the country, alongside putting on hold some future-oriented development projects, curb on foreign trips of government officials are among those measures.  Ajoy Das Gupta, who taught business journalism at Dhaka University, says from the days of the Covid pandemic, BNP has been predicting gloom and doom. "Now they see a Sri Lanka type collapse just because some austerity measures are in place. That will not happen precisely because the government is cautious," he said.
COVID success

If Bangladeshis can take heart about economic safe-being, it is the government's brilliant management of the Covid pandemic. Hasina's detractors, like British-born activist David Bergman (married to an Opposition politician's daughter), predicted "millions of deaths" and a complete breakdown of the health care system. But without any domestic vaccine production capabilities, Bangladesh managed a high vaccination ratio and few deaths.

Bangladesh ranked fifth in the Nikkei Covid management index for its lower death rate and earlier lifting of lockdown which resulted in stable economic growth.  That was the best for a South Asian country.
On vaccination, the government outsourced vaccines and oversaw a free vaccination scheme across the country to comply with WHO guidelines on bringing 75% population under coverage, which laid to rest the "millions of deaths".

Under Sheikh Hasina’s watch dropping infant mortality to a whole host of other economic and human development indicators, Bangladesh is a leader in the region. "That we are so far ahead of Pakistan in all respects gives us special cause for happiness. They left us in blood and tears in 1971 but see where they are and where we are," says a former minister.

"We have prioritized development and not conflict with neighbours, we have put in money where it was needed. We don't have a nuclear bomb but our people are so much better off," she added.
(The author is a Dhaka-based journalist) 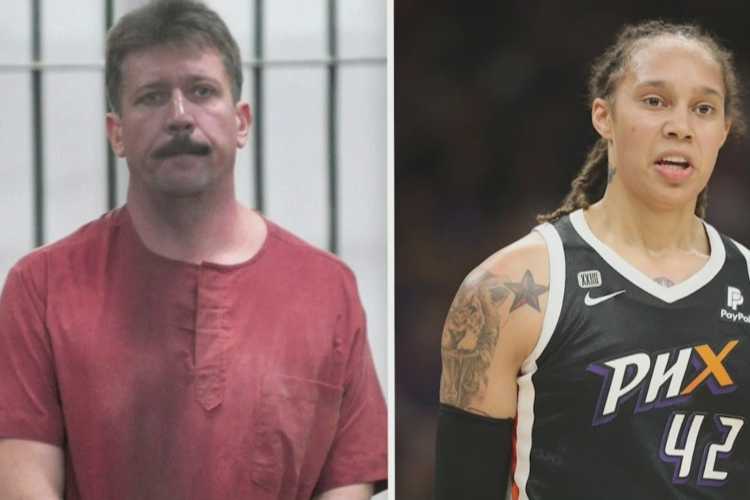