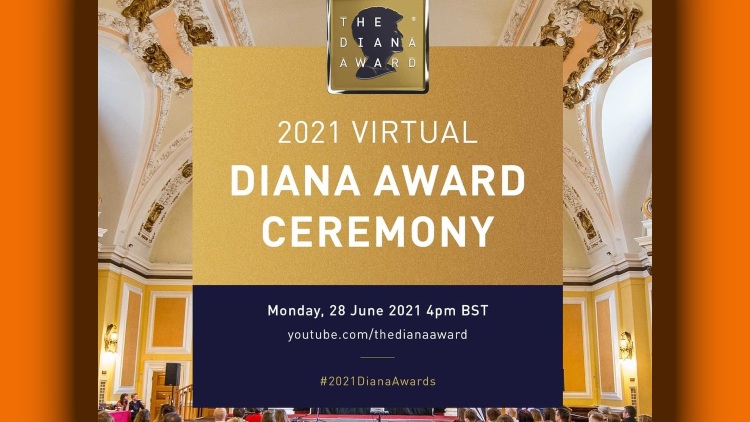 Indian students have bagged a lion's share in the prestigious Diana Awards. At least 23 students have received the awards in a virtual awards ceremony held recently, for their  innovative and humanitarian work.

While Kaif Ali, a 4th year Bachelor of Architecture (B.Arch) student of Jamia Millia Islamia, bagged the award for designing a sustainable shelter that prevents transmission of the deadly coronavirus, a 17 Y/O boy from Chennai, D.Kavin Vendhan, is recognised for his social efforts whereas a final-year student of Delhi University's lady Shri Ram College (LSR) Devanshi Ranjan was awarded for her work helping the underpriveledge children.

Who are they? Get your free ticket for the ceremony here to find out: https://t.co/ml0wv4qFLn

Established in the memory of Princess of Wales, Lady Diana, this award is considered the highest accolade a youngster aged between 9-25 can achieve for their altruistic or philanthropic work.

It is given out by the charity of the same name and has support of her both sons, the Duke of Cambridge- Prince Wlliam and the Duke of Sussex- Prince Harry.

According to a statement as issued by Jamia Millia Islamia "Ali designed a prefabricated sustainable shelter that would not only help reduce transmission of the virus but also could house refugees worldwide." The Vice Chancellor Najma Akhter congratulated Kaif for the achievement and said that the university is proud of him. "The innovation is according to the need of the hour and it also shows that in today’s competitive world one has to think out of the box to get noticed", Prof. Akhtar was quoted saying.

Kavin from Chennai, has received recognition from the Charity for his non-profit youth initiative, ‘S.M.I.L.E.Y INDIA’ (Society for Motivation Innovative Leadership and Empowerment of Youth). A write-up about it featured in the award honour roll, online. His initiative and work will also be made part of their development programme.

Devanshi Ranjan, from LSR was awarded for her work with the NGO Ladli Foundtion, where she taught over 1000 children in the slums across New Delhi. She also distributed books, stationery and other resource material in the semi-urban and rural areas of Delhi- NCR.

We congratulate all our new Diana Award recipients from the UK and all over the globe, who are changemakers for their generation. We know by receiving this honour they will inspire more young people to get involved in their communities and begin their own journey as active citizens. For over twenty years, The Diana Award has valued and invested in young people, encouraging them to continue to make positive change in their communities and lives of others

The award recipients are nominated by the adults in the professional capacity and shouldn't be related to the nominee.

As per the sources, so far 23 younsters from India have recieved the award in their respective fields.

We at Awaz the Voice wish them all the very best for all their future endeavors.