Hope springs eternal and it was hope that kept a huge audience glued to their seats to catch a glimpse of celebrated lyricist Gulzar at the Siri Fort auditorium on Friday.

Gulzar, the 88-year-old poet, author, screenwriter, and film director, was to make an appearance at the staging of a musical drama ‘Parvaaz Ka Agaaz’ on the life of the late A.P.J. Abdul Kalam who was the President. The journey of Dr Kalam’s life has been enacted on his autobiography 'Wings of Fire.’

By lending his rich voice to the script, Gulzar, recipient of the Padma Bhushan, the third highest civilian award, and the Dadasaheb Phalke award, has immortalized the contribution of India’s missile man. Gulzar’s smooth narration with just the right diction and pauses added immense value. The musical drama was enacted by 60 students and ten teachers of the Sanskaar Valley School, Bhopal.


The hall was packed to capacity on a working day and the audience sat patiently even when the show was late by almost an hour. When the presenter announced that Gulzar was feeling uneasy and would join only if he felt better, there were murmurs of disappointment in the audience.

This journalist later gathered that Gulzar Sa’ab had vertigo and chose to remain confined in his car.

While the audience was waiting for the show to begin, singer Mohit Chauhan of ‘Dooba Dooba rehta hun’ fame, set the mood for the evening by singing a song while strumming the guitar. The song was written by Dr Kalam. Mohit recalled his unforgettable meeting with President Kalam. “ I had the privilege of having tea with him in Rashtrapati Bhawan. He asked me you are the ‘Dooba Dooba guy’ and said that his ADC liked my music.’’ 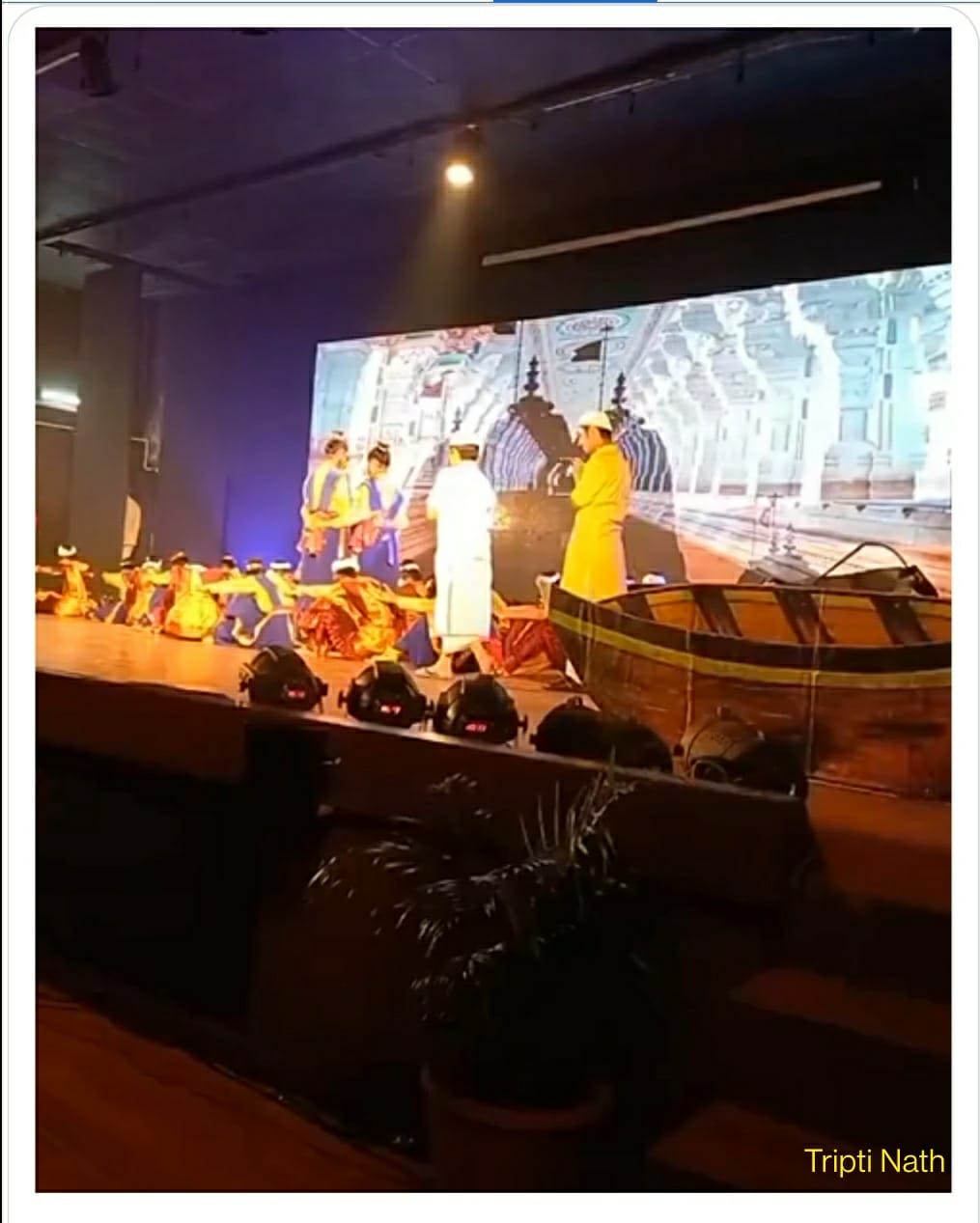 Students staying a play on life on APJ Abdul Kalam

The play blessed with a soundtrack by Gulzar is truly inspiring as it reflects not just the syncretic culture in which Dr. Kalam, India’s missile man grew up in the quiet town of Rameswaram in Tamil Nadu but also his extraordinary journey with financial hardships and struggle. Few would know that Dr. Kalam also sold newspapers to help his brother.

In the play, Dr Kalam recalls his senior relative and friend Ahmed Jamaluddin from his growing years. He would take an evening walk every day with Jamaluddin.” Masjid ke neeche nikalkar hamara pehla padav Shiv Mandir hua karta tha jisse hum utni his shraddha se parikrama karte the jitna baahar se aayeb hue yaatri.’’ (After going to the mosque, our first halt was the Lord Shiva temple where we would do a ‘Parikrama’ with as much reverence as devotees from outside.’


This sentence is followed by the ringing of temple bells and the recitation of Om Namah Shivay, which adds a lot of weight to Dr Kalam’s exposure to multi-faith culture.

The 55-minute play captures Dr Kalam's journey through various stages - from the young carefree man in Rameswaram to an engineering student following his dream, to the aerospace scientist who took India’s space program to another level, to a peerless President.

The play which has deservingly traveled to many cities has many dance forms- Bharatnatyam, Kathak, Sufi, and folk dances. As Jyoti Agarwal, promoter of the Sanskaar Valley school, said while introducing the play to the audience, “ Parvaz ka Aghaaz has something for everybody. Gulzar Sa’ab keeps telling me- this is your contribution. People must watch it.”


Jyoti Agarwal told Awaz-the Voice that the play was conceptualized in 2019. “Gulzaar Sa’ab had an audio recording. I made a video out of it. I heard his recording on Youtube. We staged it in front of filmmaker Raj Kumar Hirani in 2019 who was the Chief Guest at the Founders Day. He liked the production. After that Gulzar Sa’ab called me and said that he wanted to see the play. We have staged it four times in Bhopal, once in the National Centre for Performing Arts, Mumbai, and once in Delhi. On Sunday, the play will be staged in Daly College, Indore. 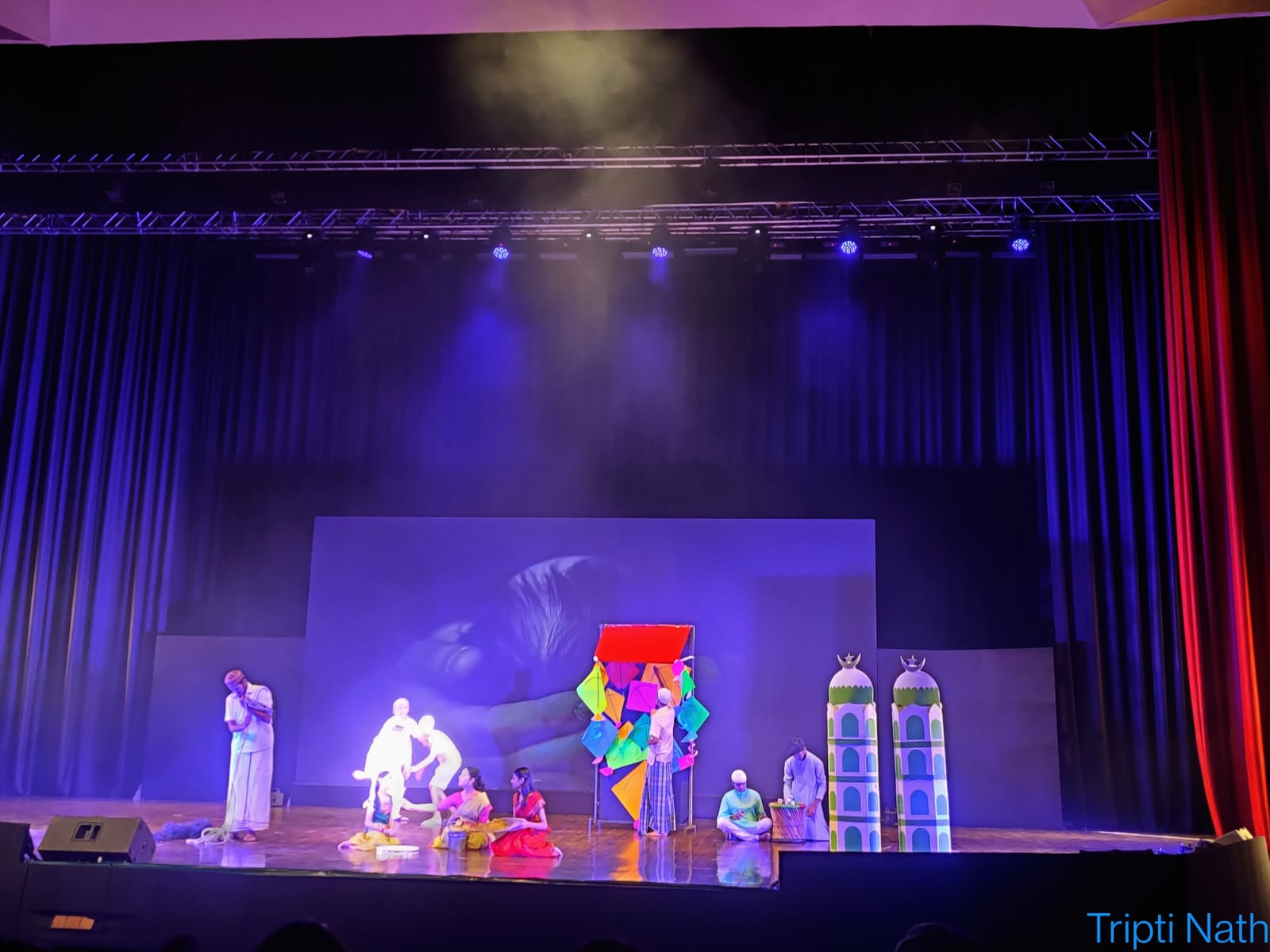 A scene from the play on Dr APJ Abdul Kalam

The 16-year-old school promises value-based education and has on roll 2,500 students.

Pawan Agarwal, Director of the Dainik Bhaskar Group told this journalist that ‘Parvaaz ka Agaaz’ is inspired by the life of President Kalam. “The school picked up this theme as Dr. Kalam’s life is inspiring. By staging it, we want to give a positive message to society.’’

The play scores high on stagecraft. The props and the costumes worn by President Kalam at different stages of his life were perfect. So were those chosen for the then Defence Minister, the Father of the Indian Space Programme, Vikram Sarabhai, physicist and policy-maker M.G.K Menon, and mathematician and aerospace engineer, Satish Dhawan who Dr. Kalam was in constant touch with.