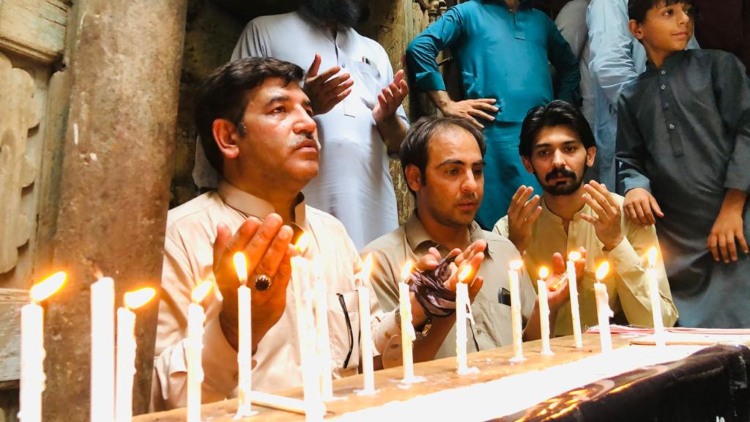 Residents of Peshwar held a special prayer for Bollywood actor Dilip Kumar at his ancestral house in the city.

Dilip Kumar was born there as Mohammad Yusuf Khan along with his 10 siblings into a wealthy fruit merchant's family.

People lit candles and offered Namaz-e-gaybana (prayer in absentia) for Dilip Kumar who was born in the large mansion that has since been acquired by the Khyber Pukhtunkhwa government for preservation as a memorial.

A group of Peshawar youth posted pictures clicked by a local photographer  Shakeel Waheedullah on Twitter.

Funeral prayers in absentia offered outside ancestral house of #DilipKumar in #Peshawar. pic.twitter.com/UUqTNaXhFW

He had nostalgic memories of the place. He along with his wife saira Banu had visited Peshawar many times where he was treated as a State guest. Many of Dilip Kumar's relatives continue to live there.