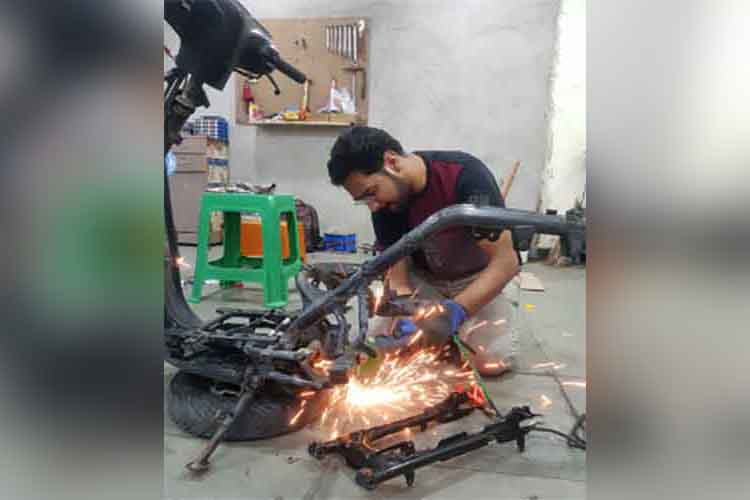 The electric scooter is already in vogue as the government plans to shift motor transportation from fossil fuels to green energy to save the environment and to lessen the oil import bill yet its cost is prohibitive.

As not many people can afford the company-made electric scooter due to its high costs, Maaz Ahmed Khan, an engineer from Hyderabad, has decided to come to their help.

His start-up Talk Electric is offering to convert people's old bikes and scooters that run on oil into electric vehicles.

Speaking with Awaz-The Voice, engineer Maaz Khan said, “When I was studying engineering, I always had the idea of converting regular vehicles to electric. Now a large number of people are getting their two-wheeler petrol vehicles converted to electric.”

Maaz said, “I didn’t want to search for a job after completing my engineering from Methodist College of Engineering and Technology. I started Talk electric start-up in Masab Tak area in October 2021.” 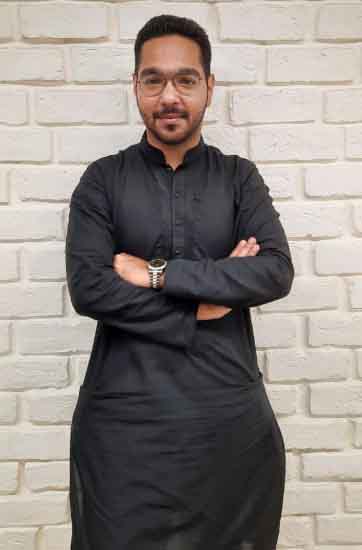 Initially, people ignored my idea but ever since the government announced its thrust for electric vehicles, a large number of people are bringing their scooters and bikes for getting these converted into electric vehicles.

His customers are thus able to save thousands of rupees per month from the conversion.

Maaz Khan said converting a petrol bike into an electric vehicle cost brings down the running cost of running the vehicle from Rs 3,000 to Rs 500. In this way, they end up saving at least Rs 2,500 every month.

He has been approached by many companies from abroad for possible collaboration. Maaz Khan is not interested in such linkages and he prefers to remain in India and work for the common people. Initially, I used to reach out to people but now I receive calls from all over the country including from cities like Delhi, Kolkata, Kerala, and Ahmedabad from people wanting to convert their bikes or scooter to electric.

He is planning to start branches of his Start-up across India.

ALSO READ:  Mehras and Alis bond over kidney swap to save their loved ones

Maaz says that he is keen to reach all the cities of India to help people convert their two-wheelers to electric ones and contribute to bringing down air pollution.