Suhan Mallick skips fun of childhood to serve the Earth Suhan Mallick with village women on his campaign trail

At the age when children run after butterflies and love to play around, Suhan Mallick has devoted himself to the service of the Earth. The 13-year-old's only dream is to keep India free from pollution and make the country green. His passion to spread the message of a greener earth began when he was six years old.

Speaking with Awaz-the Voice, Suhan Mallick said, "I enjoy living amidst greenery. Plants, birds, animals, etc are all very dear to me. I don’t why my heart burns when someone hurts any of these creatures. I've always thought of protecting nature. But, what can I do, since I am a small boy? My parents read my mind and they have extended all support to my endeavour. And, that is why I can contribute my little bit towards the cause of nature."

He said he had started working on nature conservation while studying in the first grade. “I started working on spreading awareness about the Save Rhino project in 2016," said Suhan. “Initially, we visited peripheral villages of Pobitora Wildlife Sanctuary, Orang National Park, Kaziranga National Park to spread awareness about rhino conservation. However, I realised that mere awareness among people around me would not help in the conservation of nature. Because people may not take a child’s advice seriously. So I went to meet some of the influential people of the country because I dream of keeping entire India evergreen and pollution-free."

Suhan Mallik, a resident of Hatigaon here, is now a seventh-standard student of Little Flower Sr Sec School, Hatigaon. Suhan has been doing his best for nature conservation while continuing his studies. 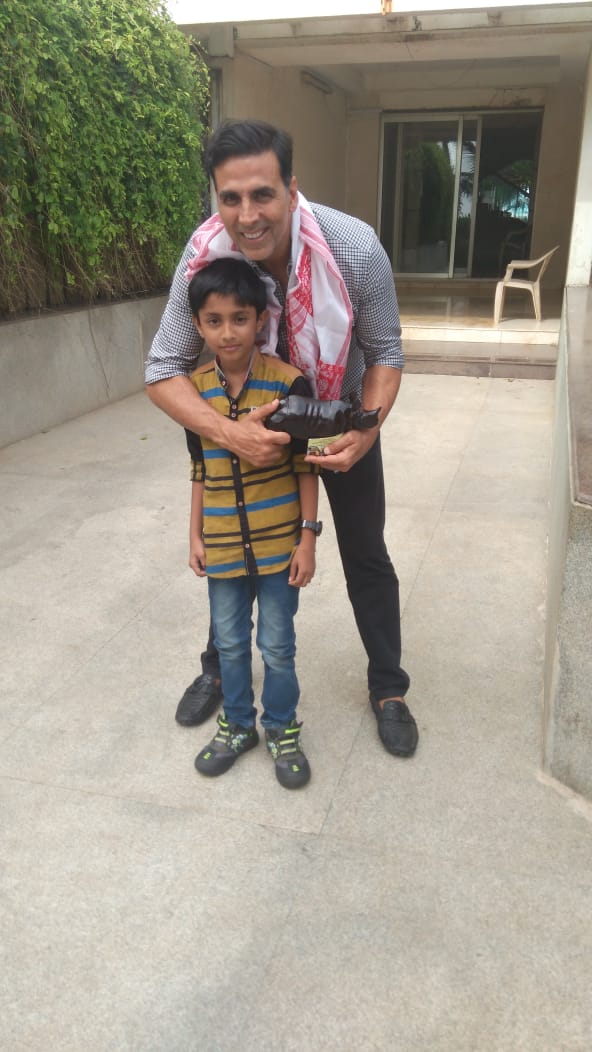 Suhan started traveling; he would meet influential people. For this, he has set a goal to travel across the length and breadth of India.

About his mission, Suhan's father Mafizul Mallick said, "Suhan has been a lover of nature since childhood. He has done what he wants to do to protect nature. He talked with me regarding his dream of traveling throughout India to make the country green and pollution-free. Since I'm a mere cab driver, initially, I was worried about how I could fulfill my child's wish." 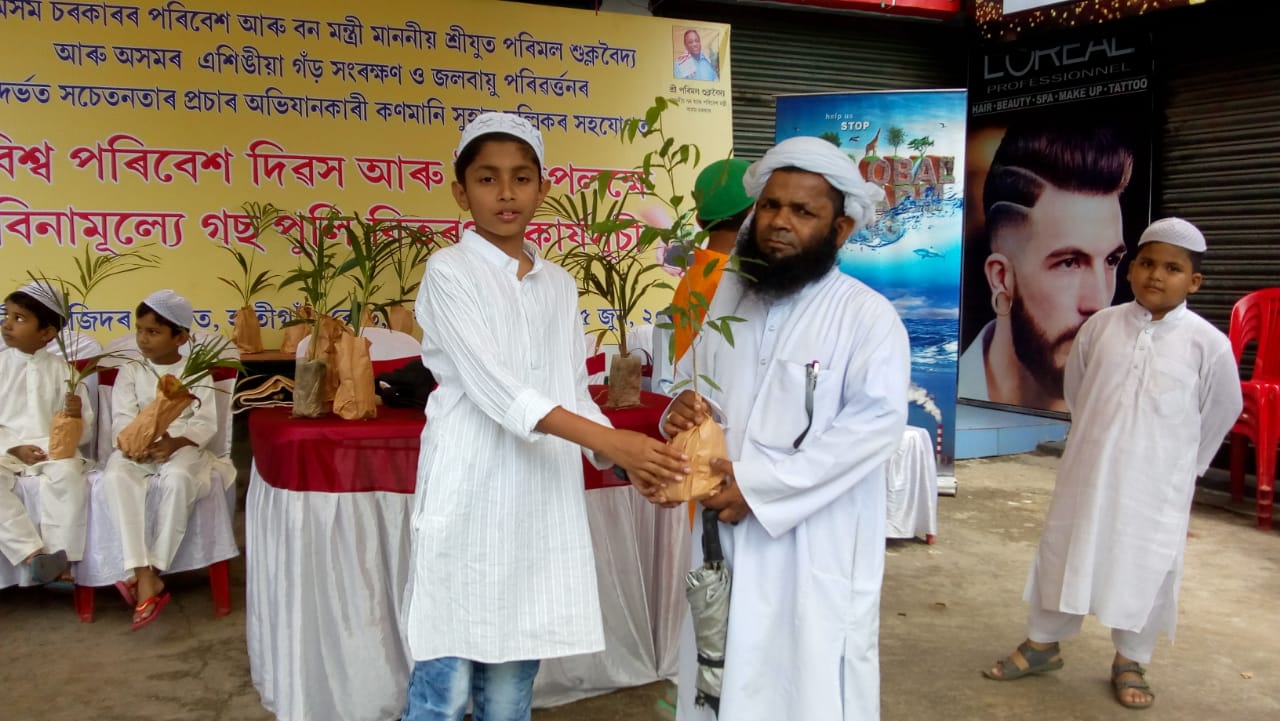 Suhan Mallick being felicitated by a Muslim organisation

Mafizul also said: "I have been supporting Suhan all the time because my son is doing a good job. When Suhan wanted to go on a tour, I was worried, but I never discouraged him. We had very little financial resources and savings at our disposal. So, I borrowed money and took Suhan for the nationwide trip."

Suhan traveled to New Delhi, Kolkata, Mumbai, and other places to raise awareness about saving the one-horned rhino from extinction. Suhan met the former governor of Assam Banawari Lal Purahit in 2017 and Prime Minister Narendra Modi in 2018 and requested them to take steps for the security of one-horned Rhino. 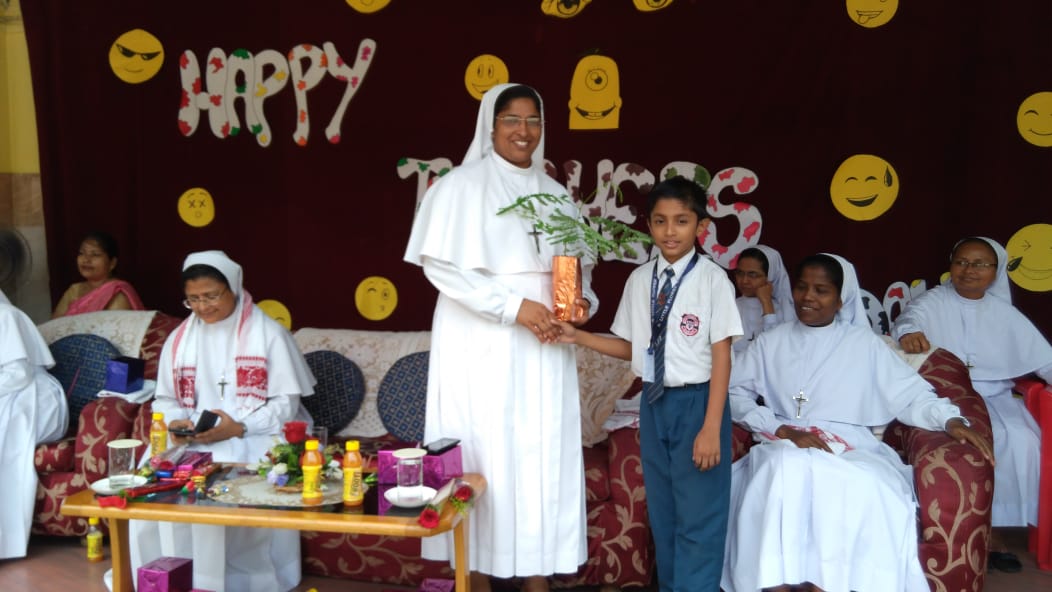 Suhan Mallick being rewarded in school

He also called on former Union law minister Ravi Sankar Prasad and requested him to enact a law for the protection of rhino and demanded that the poachers be arrested and punished. Suhan also met wildlife activists, environmentalists, politicians as well as popular Bollywood actors John Abraham, Akshay Kumar, Vivek Oberoi, and popular actress Bipasha Basu and appealed to them to spread awareness among the people regarding rhino protection.

"I have recently met chief minister of Assam Dr. Himanta Biswa Sarma, and requested him to set up a small rhino park in each metro city of the country to introduce the one-horned rhino to the world," said Suhan who also presented a model design of the probable park. “The chief minister appreciated and welcomed my request and promised to discuss the matter very soon." 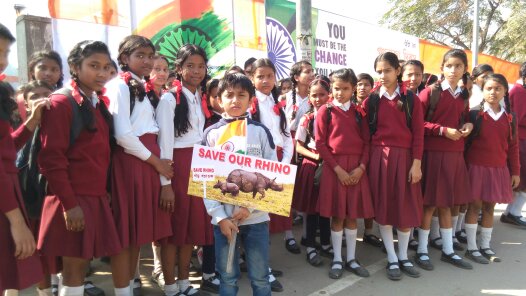 Suhan Mallick with school children for his campaign

Suhan has been awarded the title of 'Garh Bandhu' and 'Green Hero' by the Assam government for spreading awareness about one-horned rhino. Suhan recently won the Bengal Pride Award and the award was given by Bollywood actor Shakti Kapoor. In addition, Suhan Mallick has been nominated for the Global Child Prodigy Awards at the world's first Children's Wonder Awards to be held in Dubai for the first time on February 22 next year.

Suhan is currently working on climate change. He has created a small module mentioning various reasons for climate change and has started distributing the same.

Suhan Mallick continued with his campaign during Covid-19 pandemic

Suhan Mallick has participated in various events in the metropolis and has so far distributed more than 12,000 saplings free of cost to the people. He started an awareness campaign during the COVID-19 pandemic to create awareness among the masses about wearing a mask and maintaining social distance. Suhan cycled across the city during a four-day program to spread awareness.