Mahatma Gandhi and A Hameid
Saquib Salim
“As I had opposed the Muslim League candidate and won the election, everyone called me a great Nationalist Muslim. I said that I was an Indian and there was no question of being a Nationalist, an Indian was an Indian and belonged to the Nation….. Every Indian belongs to India and is, therefore, a Nationalist.”
Khwaja Abdul Hamied, the founder of CIPLA, a pharmaceutical giant, spoke these words after defeating a Muslim League Candidate during the 1937 elections from the home constituency of Mohammad Ali Jinnah.
Hamied, a PhD in Industrial Chemistry from Germany, is well known for establishing The Chemical, Industrial & Pharmaceutical Laboratory (CIPLA), one of the first modern pharmaceuticals in India, in 1935. But, what is less known about this scientist and entrepreneur is that he was one of the prominent freedom fighters and votary against the two-nation theory propounded by Jinnah. When, in 1945, press reporters in England asked his opinion about Jinnah he said, “We cannot afford to let loose these (Jinnah and Muslim League) dangerous political lunatics”.
Hamied had received the early lessons of nationalism at home. His uncle Abdul Majeed Khwaja was a close associate of C.R Das, M.A Ansari, Mahatma Gandhi, and T.A.K Sherwani during the freedom struggle and had served in jail for fighting the British Colonial rule in India. 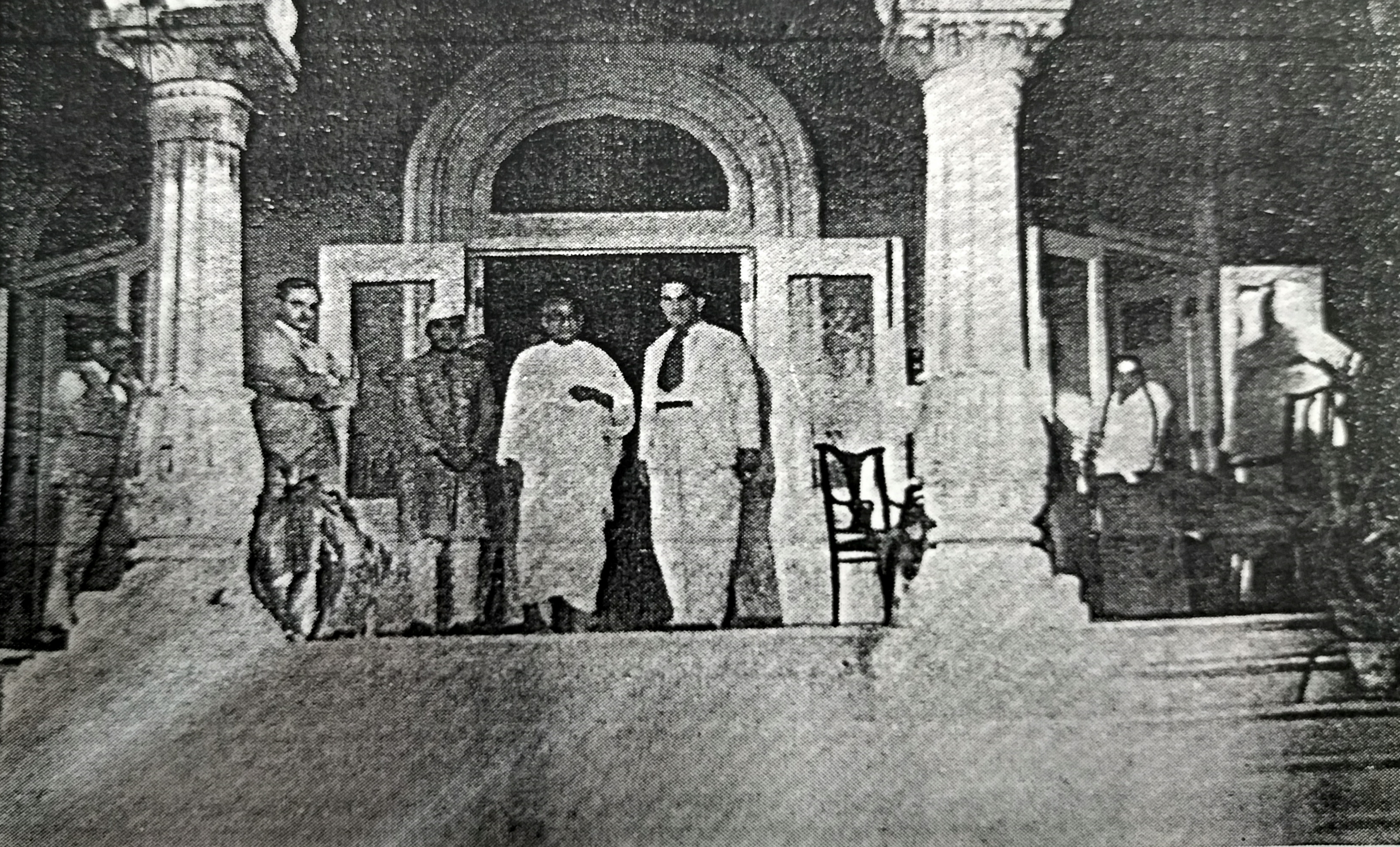 K A Hameid with Sardar Patel
He was pursuing MSc (Chemistry) at Allahabad University when Khilafat Movement and anti-Rowlatt agitation started. One of the brightest students of the University could not keep himself away from the nationalist struggle. He led the boycott of the University Convocation where Governor Sir Harcourt Butler was coming. Hamied was briefly arrested for blocking the way of the Governor's carriage. It was 1920. The spirit of Non-Cooperation was high among the nationalists.
Hamied returned to his hometown, Aligarh, where Gandhi, Ali Brothers, and others had gathered to pursue students to boycott AMU. Jamia Millia Islamia, a nationalist university was started to accommodate students who boycotted the British-controlled AMU. Hamied volunteered as its first Chemistry teacher. He established a good college laboratory with funds received by the nationalists and produced brilliant students like famous botanist Professor Kailas Nath Kaul.
In 1937, by that time Hamied had received PhD from Germany and established CIPLA in Bombay (now Mumbai), his friends asked him to contest Legislative Council Elections against Muslim League. The elections in those days were through separate electorates, i.e, Muslim voters would vote for Muslim candidates and Hindu voters for Hindus. Jinnah was the tallest Muslim leader of Bombay and nobody could imagine challenging him. In such a situation, Hamied challenged the Muslim League candidate. It was a prestige issue for Jinnah.
Jinnah met and told him, “Young man, why are you contesting the election? No one knows you in Bombay and who is going to vote for you. It is better that you withdraw.” To which Hamied replied that “if no one would vote for me, I would be defeated, why then was he anxious for me to withdraw”. Jinnah personally canvassed for his candidate while Dr. Zakir Husain, another ‘outsider’, campaigned for Hamied.
On the day of voting, Hamied’s booth presented a deserted look while all the voters thronged the Muslim League booth. People would not visit his booth even to have refreshments. But when the results were declared it came to be known that the voters had secretly chosen Hamied over the Muslim League candidate. Jinnah did not accept defeat even after his election to the council and tried to convince him to join the Muslim League camp. Hamied later recalled this meeting as, “I told Mr. Jinnah that nationality did not depend on religion. I said I was a Muslim, but I was not a Turk or an Arab, who were also Muslims. I was an Indian first and an Indian last. Same was the case, I said, with other nations of the world, no matter what religion they belonged to.” It is needless to say that he never joined Muslim League.
Hamied held the view that Jinnah represented a minority view among Indian Muslims and since Gandhi met him several times to persuade he became important in the eyes of Muslims as well. He, in 1945, told press reporters, “Gandhiji, Pandit Nehru, and other Indian leaders should never have given Mr Jinnah the importance they did when they met him time out of number to bring him round to a saner point of view. No Indian can be sane if he talks of the division of the country and all those who shout Pakistan, suffer from a strange malady.”
Hamied was vehemently against the separate electorates and considered it the evilest design to divide Indian people into religious groups. He campaigned against the election to the Constituent Assembly through a separate electorate but could not succeed.

K A Hameid with Mahatama Gandhi and Sardar Patel
In 1947, when finally the partition of India was accepted by Congress Hamied’s world fell apart. He could not understand why on earth his great nation had to be divided to achieve independence. He went to the extent of suggesting an armed struggle against the Muslim League to keep India united. In a letter to Gandhi he wrote, “If the Congress would have prepared their plan, which they never did, and submitted it to the British Cabinet irrespective of the fact whether Mr. Jinnah or the Muslim League agrees to it or not, we could have forced the issue on the British Cabinet to accept that plan leaving it to ourselves to see whether the Muslim League agrees to it or not. If they do not, then the only alternative is a civil war. We should not be afraid of such a situation. History proves that this kind of civil war, at the time when power is given to the people of a country, is inevitable.”

Hamied personally met Sardar Vallabhbhai Patel to ask that the decision to partition the country should not be taken without holding a plebiscite. He was sure that if people were told that those who vote for Pakistan had to go to that country then nobody would vote for the partition. Unfortunately, his advice remained unheard and India was divided. Hamied kept serving India in different capacities till his demise.