Brothers Balwant Singh and Gurmukh Singh came from the village Sartala in Patiala, Punjab, to the shrine of Guru Nanak Dev of Kartarpur Gurudwara. Indians can visit the shrine without obtaining a visa through a special Kartarpur corridor.

"I thought of visiting my ancestral village but never imagined that I would meet my sister about whom our parents had told us," said Gurmukh Singh, the younger of the two brothers as he hugged his sister and met her children and grandchildren.

In the interview on a Pakistani television channel, the brothers told the story of their family during the partition.

Their parents had lived in village Shekhma in Shekhupura in present-day Pakistan when India was divided into two domains in 1947.

The brothers said when their parents and other Sikhs were fleeing the violence and had walked about 12 miles from their village with their little daughter and a son they were attacked by a violent mob. "People were slaughtered and everyone ran helter-skelter to save their lives," said Baldev Singh. "In the melee, the little girl was nowhere to be seen." 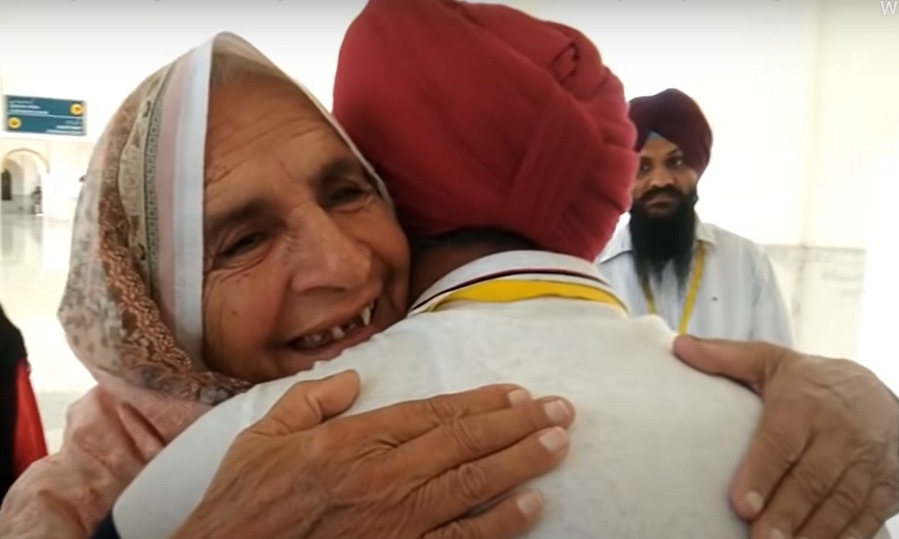 Their parents with their teenaged son reached Amritsar, Punjab as refugees. The uncertainity about their daughter continued to haunt the parents and after some time, the father left for Pakistan with his 14-year-old son in search of his missing "little girl."

Again, he didn't succeed and as, luck would have it, the young son too died of drowning in a well in Pakistan.

The distraught father presumed his daughter had died and he too returned to India to pick threads of his life. Thereafter Baldev and Gurmukh were born.

The reunion of the Pakistani sister and her two Indian brothers

The story of this reunion was broken by Journalist and author of Seven heros od 1971 Man Aman Singh Chhina on Twitter:

One of the biggest advantages of Kartarpur Corridor has been that long separated siblings from 1947 have been able to meet each other.
Just watched a video of a Indian brother and his Pakistani sister meeting in Kartarpur.
Makes the eyes well up. pic.twitter.com/AY4ZAUQ2yG

Both the brothers told the news channel that their parents and relatives told them about their home in Pakistan and their sister who was probably dead.

On the other hand, Dadima, - as everyone keeps referring to Mumtaz Bibi in the interview clip that was posted on Twitter - was rescued by a man called Mubarak Ali of Rajivkote in Pakistani Punjab and raised as his daughter. "We can never repay the debt of the man who not only saved our sister and raised her as her daughter but also imparted her high moral values of life," said Baldev Singh.

Both the brothers came to know about their sister through social media and initially, their sons came to see their aunt by travelling to the shrine through the Kartarpur Gurudwara corridor. 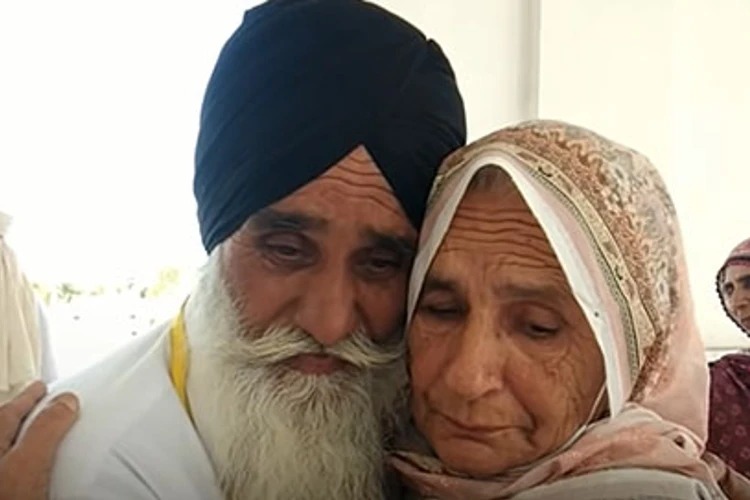 Brother-sister reunion: the occasion of joy and revisiting the tragedy

Due to Covid-19 pandemic and the closure of the pilgrimage, Baldev and Gurmukh Singh's trip was delayed and finally, it happened on May 16 Mumtaz Bibi displayed the golden ring she wore in her finger and the cash that her brothers had gifted her. "They also gave me a lot of dresses," she said coyly.

Baldev said they wish to return and live with their sister's family for a longer period. They would soon seek a visa to travel to Pakistan. "We have a family here and we would like to visit them and spend at least 15 days with them. We have to get to know the family of our sister and spend time with them," the brothers said as Dadima was being hugged and kissed by her nephews from India.

"This is the best moment of my life that I have met my Buaji (father's sister)," said a Sikh young man.

The brother had come to Kartarpur with their respective wives and children - an entourage of 17 persons - while Dadima said her family comprising 25 persons had come in "four cars and one Toyota." 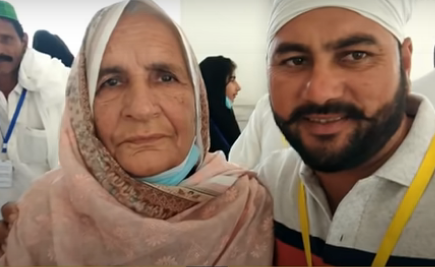 Mumtaz Bibi with one of her nephews

Balwant and Gurmukh said not only her sister's family but they were treated with love and respect by all officials on duty at the Gurudwara premises.

Other Sikh pilgrims who were visiting the Gurudwara also hugged the "sister' and participated in the joyous reunion of the two brothers with their sister.

Mumtaz Bibi kept saying she was so happy to meet her family. Her family members who were identifiable with their specialI-cards and non-Sikh appearance watched the reunion with awe.