Muslims' duty is not over with zakat: Zafar Mehmood 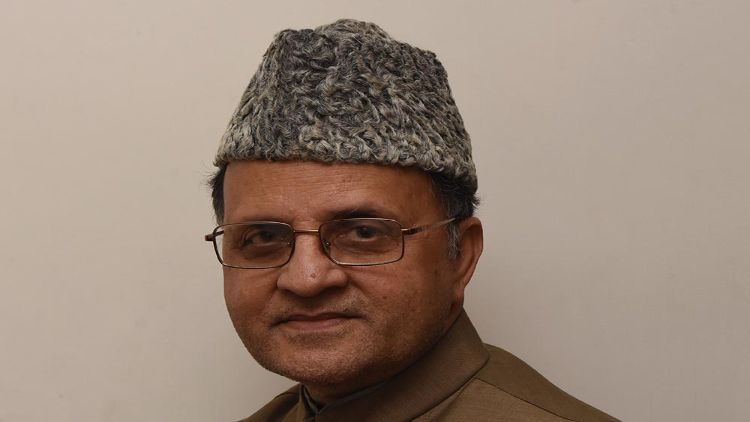 The Zakat Foundation of India (ZFI) is working on improving the living conditions of Indian Muslims especially in the field of education. For almost 20 years the ZFI is working on increasing the participation of Muslims in education. The most important thing is that the Zakat funds that it collects are used for coaching students for civil services and other competitive examination. The mission is yielding positive results. Many students who were provided coaching by ZFI are today in key positions. Dr Syed Zafar Mehmood, Chairman and founder, JFI, is a retired administrative officer who has served in different departments from the Income Tax Office to the Prime Minister's Office. Mansooruddin Faridi, Editor, Awaaz-The Voice, Urdu, spoke with him about the activities of JFI. Excerpts from the interview:

Zafar Mahmood sahib, with your experience of civil services would you like to give some advice to the young people for getting the best out of the education?

See, I just want to quote Allama Iqbal - create your own world, if you are alive. That is, if you consider yourself alive, then create your own world. When Allah has given us hands and feet and brain; we have talent; resources all available, it’s up to us to make use of all these. The secret of human life is that one can develop creativity within oneself. The Quran has also shown the same path. Our creator has burnt his soul for the process of creation. It is our duty to develop some of those characteristics inside us the most important one is the power of creativity. If you do this and have dedication and sincerity, then divine power will be with you. In that case, the sky is the limit. This is my message for the younger generation - just focus on developing your creativity.

How does the Foundation collect Zakat money and how is that used?

Actually, when you go into the history of Zakat, you will find there is a provision to use it in an organized way. Allah ordered the Prophet to accept whatever people gave and use it for the welfare of the community. He didn’t tell him to use the money for only the poor. Some organizations realized it 23 years ago and worked with zakat. We started with our own zakat and slowly others joined in. Now we have a well-organized system. We have a web portal zakatIndia.org Most people pay zakat online, others pay by check. We also accept cash donations only in the orphanage 'Happy Home’ in Delhi. However, 99 per cent of our funds come from online zakat.

Apart from zakat, are there other ways for collection of the fund?

As the name suggests, Zakat Foundation gets major funds from zakat. However, some money also comes from donations through the means that are permitted in Islam.

Is there any idea about the number of people who pay zakat in our country? Isn't it that by paying two-and-a-half per cent zakat, we believe we are down with responsibilities?

This is a good question. In fact, no such survey has been done to find how many people. We can only make an estimate. Do you remember Prime Minister Narendra Modi said while making a point that only one-and-half-per cent of the Indiana pay income tax? On the basis of the Sachar Committee report and by observing the general economic condition of Muslims you can make an intelligent guess about the numbers of zakat payees. If the population of Muslims is 18 crores and the percentage of those paying income tax is one-and-a-half, then the estimates of their numbers can be calculated.

However, the collective number is quite high. Unlike in the case of income tax where there is a waiver on agriculture, everyone has to pay Zakat. Generally, after paying zakat, people think their responsibility is over. See, zakat is paid once a year and on a day and time of one’s choice. People like to do it in Ramzan, as it’s a pious thing to do. It is a Muslim’s duty to pay two-and-a-half per cent of his income for zakat. However, the responsibility to pay even above this is also there. Let me tell you that many Muslims wonder how much to give and when to give and that it’s all done for the after death benefit. I explained with the interpretations of the Holy Quran; in Surah Bakra,  Allah says that the Prophet of Allah asked how much to spend in the way of Allah, So you tell them that what God has given you for your needs that alone is yours. The rest is not yours - it’s for the needy. This means that after paying two-and-a-half per cent zakat, 97-and-a-half per cent is left, of that only what you need to live is yours. You are right in saying that Muslims give up their responsibility after paying zakat.

Let me also tell you that this is not said only about money, income, wealth, but also about your time, resources, land, and property. After meeting your genuine needs, rest doesn’t belong to; it belongs to others. It’s meant for the needy. 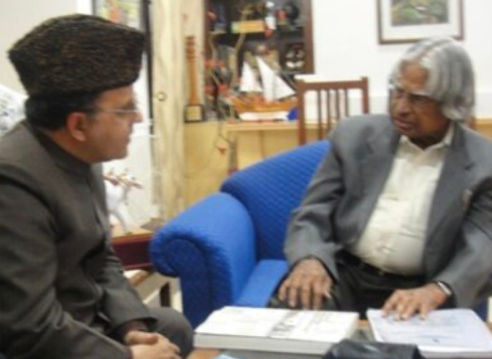 We can say that if the community members show more generosity, many problems can be overcome.

Answer: Yes, of course. It is 100 per cent correct. The community is self-sufficient. Allah has said two things about society. One is that you elevate people below you at least on the average level. In this context, it is right to say that a Muslim’s responsibility does not end by paying zakat. What all you spend after paying zakat is being recorded in His books. We Muslims have started thinking that our job as followers of Islam is over after Namaz, Roza, Zakat, Hajj and Kalma. But it is not so. The reality is that Islam begins from these. You are tested on what you do between the two prayers; work you do for Allah; what you do in the other eleven months after Ramazan. This is important. Two-and-a-half per cent zakat is aimed at training so that you spend 97 per cent well.

Are we moving more towards the trend of showoffs like going to Hajj repeatedly?

It is not necessary to show off. In fact, many people do not know that it is mentioned in the Quran. Haj is a duty, that too once. Umrah is not even duty; if people think his good deeds will multiply each time he goes for umrah. This is a wrong perception. This is not the message of Allah. The Prophet too did it once. The Muslims claims to be passionate about the ways of Prophet. However, in this case, we become choosy. It has been said that one should perform Haj only once. There is a general lack of information about Quran. Those who are well-read should have taken initiative to explain this to Muslims. It’s important to translate the Quran, but it’s all the more important to interpret it.

Does the Foundation only help Muslims; are others also welcome to take benefits of its community work?

In the memorandum of association of ZFI, It’s not written anywhere that the benefits that will come from this foundation will belong to one religion. For the last 12 years, we have been coaching the students for civil services in Sir Syed Coaching and Guiding Center. In this period, around 150 candidates have been selected for civil services; 10 per cent of them are non-Muslims.

An RSS wing also does a similar work; Muslim candidates are being coached along with Hindus for civil services. Do you believe that the successful candidates from both these institutions would help in the promotion of communal harmony?

Answer: Yes of course. This practice should be continued

You are also alumni of Aligarh Muslim University. Recently, Prime Minister Narendra Modi called AMU a Mini India. What would you say about this?

It is a matter of great importance that the Prime Minister accepted AMU’s invitation. Otherwise, his office would say, he is busy. He participated in the hundred-year-old celebrations. During this, he said very positive things. He said that I am very happy that you included me in your happiness.

He offered great tributes to the University. He mentioned that when the university was set up with the approval of the British Parliament, its first chancellor was a woman. Through this, the Muslim community had become a role model for the country and humanity. It’s a matter of great pride that a woman became the chancellor of a university back then. He said many more good things; had a very positive attitude. He also asked the students and teachers of the university that in the 75th year celebration of independence, they must research freedom fighters belonging to Aligarh. He asked students to track their families and make documentaries on them. He praised the library and asked it should be kept for posterity in a digital format. I think it should be welcomed. It should be accepted as a positive message.