A sneak peak into Katrina'a and Vicky's Valentine's Day Mr&Mrs Kaif Kaushal are one of the most loved couples in the B-town and the two of them proved it right once again.

Taking to Instagram on the occasion of Valentine's Day 2022, the actress shared a cute post for her husband along with a number of romantic pictures.

In the same, the duo can be seen so full of love as they share a warm hug. Not only this but in one of the photos Vicky can be seen planting a kiss on Katrina's forehead and leaving all of us go 'awww..'

Alongside the same, Katrina wrote in the caption, "We may not have been able to have the romantic dinners this year, but u make the difficult moments better and that’s what matters."

The clicks show Katrina wearing a thick back jacket while Vicky is in his white sweater. A picture caught Katrina with her hands in Vicky's pant pockets. For those unversed, VicKat, ever since their wedding have been quite busy with their back-to-back projects and stayed away from each other.

The lovebirds were spotted at Mumbai airport at midnight. Several pictures and videos doing the rounds on the internet showed the couple walking hand-in-hand.

Vicky was dressed in a white tee which he teamed with a black jacket and denim trousers, while Katrina looked uber cool in an all-denim outfit. Both were also seen wearing masks. 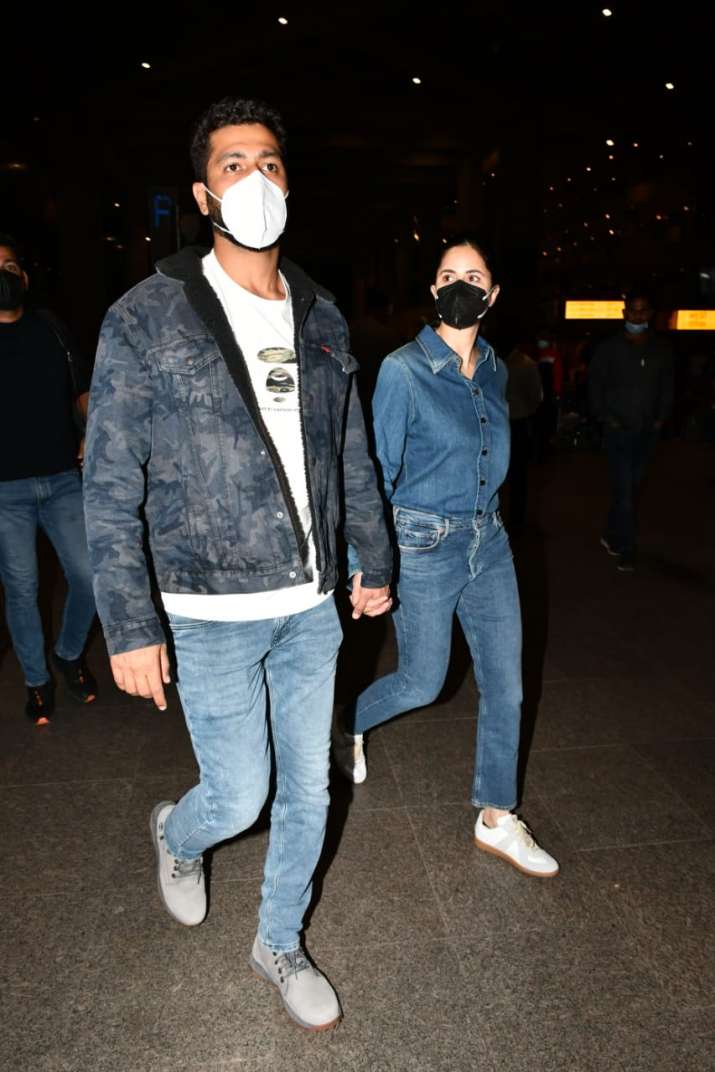 Reportedly, Katrina and Vicky, who got married in December 2021, were in London before arriving at the bay today.