Lata Mangeshkar with other stalwarts

One morning, this Bollywood music composer was called up by none other than "Malika-e-Ghazal" Begum Akhtar, who was so taken by one of his compositions that she insisted on singing it fully to him -- over a long distance trunk-call. That was the superlative talent -- and the undoing -- of Madan Mohan. The talent was well proved when he was nominated for two top posthumous awards -- nearly three decades after his untimely demise -- and won one of them (IIFA, not Filmfare) for the Shah Rukh Khan-Preity Zinta cross-border romance Veer-Zaara (2004). 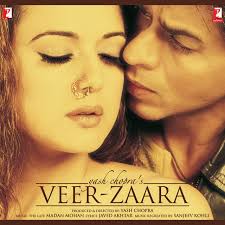 This featured some of his unused tunes, found and revised by his son Sanjeev Kohli at Yash Chopra's insistence. In fact, Lata Mangeshkar, who had closely worked with Madan Mohan and rendered some of his most sublime creations, had tears in her eyes at the recording. But why did Madan Mohan, who gave up the gun for the baton, never get the same popularity and opportunities that his contemporaries did and spiralled into a vortex of despair, disillusionment, and drink that caused his death at just 51?

Born on June 25, 1924, in Baghdad, where his father Rai Bahadur Chunilal Kohli was working with the Iraqi Police, Madan Mohan spent his early years in the Middle East. His family returned to India in 1932 and he completed his elementary education in Lahore, where he also picked up some rudimentary music knowledge, but was never formally trained. The family shifted to Bombay subsequently and there he began participating in children's programmes on AIR right from the age of 11. He went on to complete his education and joined the army in 1943.

Music, however, proved to be his first -- and enduring -- love and he demobilised after the Second World War ended in 1945, and began his tryst with Bollywood. In the meantime, he took up a job with AIR, first in Lucknow, and then in Delhi, where he came in contact with classical music luminaries such as Ustad Faiyaz Khan, Ustad Ali Akbar Khan, and Begum Akhtar -- and they influenced his music. He started off in the film industry in 1948, serving as an assistant to S.D. Burman. He got his first break in 1950 with "Aankhen", where he also struck up his long relationship with Mohammad Rafi.

Over the next two and a half decades, he went on to score the music of 90 films, most of them being obscure or less known. In all, Madan Mohan used in his penchant for classical music to fashion unique melodies and the magic of a host of talented singers and skilled lyricists accomplished the rest. Right from the beginning of his career, though, it was evident that Madan Mohan literally "moved to his own tune". 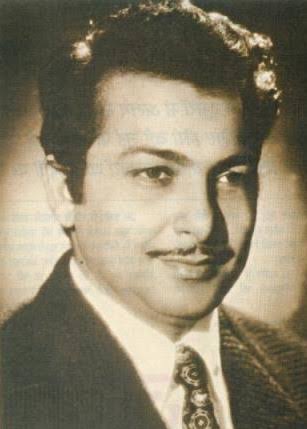 Attacked by music purists for "superficial" use of ragas and by populists for not churning out those peppy, foot-tapping numbers that swayed the masses, he steadfastly struck to his own way. And as his compositions show -- take "Jana tha humse door", "Yun hasraton ke daag" and "Unko yeh shikayat hai" from one film, the romantic tragedy "Adalat" (1958) -- he was the gold standard. Madan Mohan was himself aware that he would earn more acclaim from connoisseurs and his peers than from the public -- even Lata Mangeshkar once confessed that she found his compositions hard to master -- but he doggedly stuck to his path. And then, he sometimes tried too hard and forgot to see if his score was film-appropriate -- a romantic comedy such as "Dekh Kabira Roya" (1958), which had no top stars, had classical-tinged pieces like "Humse aaya na gaya", "Kaun aaya mere man" and "Lagan tose lagi balma". All this cumulatively took a toll, and added to the predilection of production houses for their favoured composers, it meant he never got enough work as he deserved.

But what he did still retains its lustre, freshness, and appeal. Let's now look as some of his representative work. "Ai dil mujhe bataa de" -- "Bhai Bhai" (1956) was possibly the first film in which Ashok Kumar and Kishore Kumar shared screen space with "Chalti Ka Naam Gaadi" (1958) still some way off. One of the best compositions from this film was this love song rendered by Geeta Dutt with the shy but seductive allure she had come to perfect. The lyricist was Rajinder Krishan. It was "Qadar jaane na more balam" by Lata, however, that piqued the fancy of Begum Akhtar, who crooned it out to Madan Mohan over the phone. "Aapki nazron ne samjha" -- Picturised on Mala Sinha, this song from "Anpadh" (1962), a film with a social message, and one of Dharmendra's earliest in the 'chocolate boy' phase, exhibits all the freshness and promise of summertime. The enchanting music is ably backed by Lata's superlative voice and the mesmerising lyrics of Raja Mehdi Ali Khan. 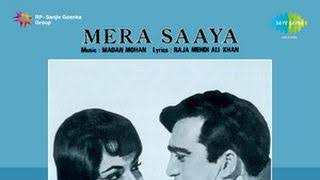 Poster of the movie

The film also has "Hai isi mein pyaar kii abru", which reportedly impressed Naushad so much that he expressed his readiness to exchange his whole corpus for this. "Lag jaa gale ki phir ye haseen raat ho na ho" -- This wistful melody from suspense thriller "Woh Kaun Thi" (1964), remarkably redolent of the fleeting transience of time, life, and love, is also arguably among Madan Mohan's finest, for the range of emotions it evokes. Picturised on Manoj Kumar and Sadhna, it had Lata to voice it, and the incomparable Raja Mehdi Ali Khan to provide the lyrics. "Kar chale ham fida jaan-o-tan sathiyo" -- The searing "Haqeeqat" (1964), based on the India-China war, is arguably the best war film from Hindi cinema. All its songs, say, the soldiers' hearfelt but slightly mocking exposition of their loneliness in "Ho ke majbur mujhe usne bhulaya hoga", rendered by Rafi, Talat Mehmood, Bhupinder, and Manna De, or the restrained lament of their families back at home in "Zara si aahat hoti hai", stand out, but this stirring song of the supreme sacrifice sends goosebumps. Rafi does full justice to the vivid imagery invoked by Kaifi Azmi.

"Phir wohi shaam, wahi gham, wahi tanhai hai" -- It is not difficult to understand why Madan Mohan was conferred the title of "Ghazal ka Shehzadaa" by Lata. This angst-filled ghazal from "Jahan Ara" (1964), rendered in the slightly hesitant, slightly quavering voice of Talat Mehmood, compares well with his own "Sham-e-gham ki qasam" from over a decade earlier and can hold its own in any list of top film ghazals. The lyricist was Rajinder Krishan. "Aapke pahlu mein aakar ro diye" -- It is very difficult to pick from Sunil Dutt-Sadhna thriller "Mera Saaya" (1966), when other gems such as "Nainon mein badra chhaye" or "Nainon wali ne" are also there. But this one takes an edge with Rafi interjecting the right amount of pathos and pain in this male-only song. The capable and dependable Raja Mehdi Ali Khan again contributed the lyrics.

"Kabhi ae haqeeqat-e-muntazar" -- Hindi cinema has had some of the top Urdu poets of the time writing for it, or has, otherwise, felt free to pick up their work for its use. This ghazal, by Sir Mohammad Iqbal, is scarcely easy to understand, render, and set to music with its profound Urdu and deep references, but Madan Mohan pulled it off for Lata with his usual panache. The film was "Dulhan Ek Raat Ki" (1966) and it is picturised on Nutan. "Ye duniya ye mehfil, mere kaam ki nahi" -- Depicting another pair of star-crossed lovers, "Heer Ranjha" (1970) was unique in having all its dialogues in verse. Making its songs stand out was thus no easy task but the evocation of the physical and mental desolation that Raj Kumar traverses in this unmitigated expression of deep hopelessness owes it to Madan Mohan's music, the voice of Rafi and Kaifi Azmi's lyrics. 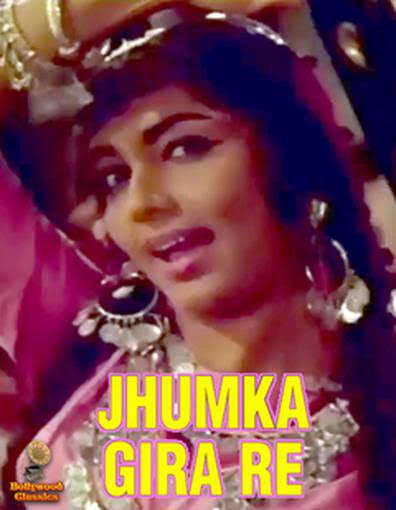 Ye maana meri jaan -- A common complaint against Madan Mohan was that he never did anything that could get the film-going masses charged up. But this intricately arranged, qawwali-tinged song from "Hanste Zakhm" (1973) belies the charge. Rafi and Balbir's voices and Kaifi Azmi's always electrifying words are perfect accompaniments. "Bainya na dharo balma" -- This restrained sensuous song from "bold" film "Dastak" (1970), which earned Madan Mohan his sole National Film Award, cannot be left out at all. Lata's voice and Majrooh Sultanpuri's simple, and semi-rustic lyrics, are set off by the classically tinged score that was Madan Mohan's trademark.