Ranbir and Alia are man and wife The most coveted and awaited wedding of the season has finally happened. Ranbir Kapoor and Alia Bhatt have tied the knot. The fanfam went gala over Alias's Instagram status. She captioned it as "Today, surrounded by our family and friends, at home … in our favourite spot - the balcony we’ve spent the last 5 years of our relationship - we got married."

Meanwhile Wikipedia is also up to date with their married status. 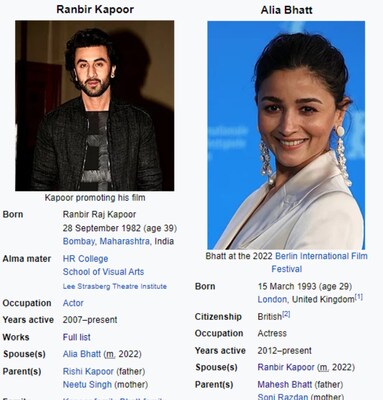 Even Amul India seemed to be celebrating the wedding of the season, they captioned the whole affair as "Phatt Mangni, Bhatt Byah"

A post shared by Amul - The Taste of India (@amul_india)

Rahul and Mahesh Bhatt were seen together in Sherwani, waistcoat with a pagadi, adhering to the quintessential rituals of "ladkiwalas". 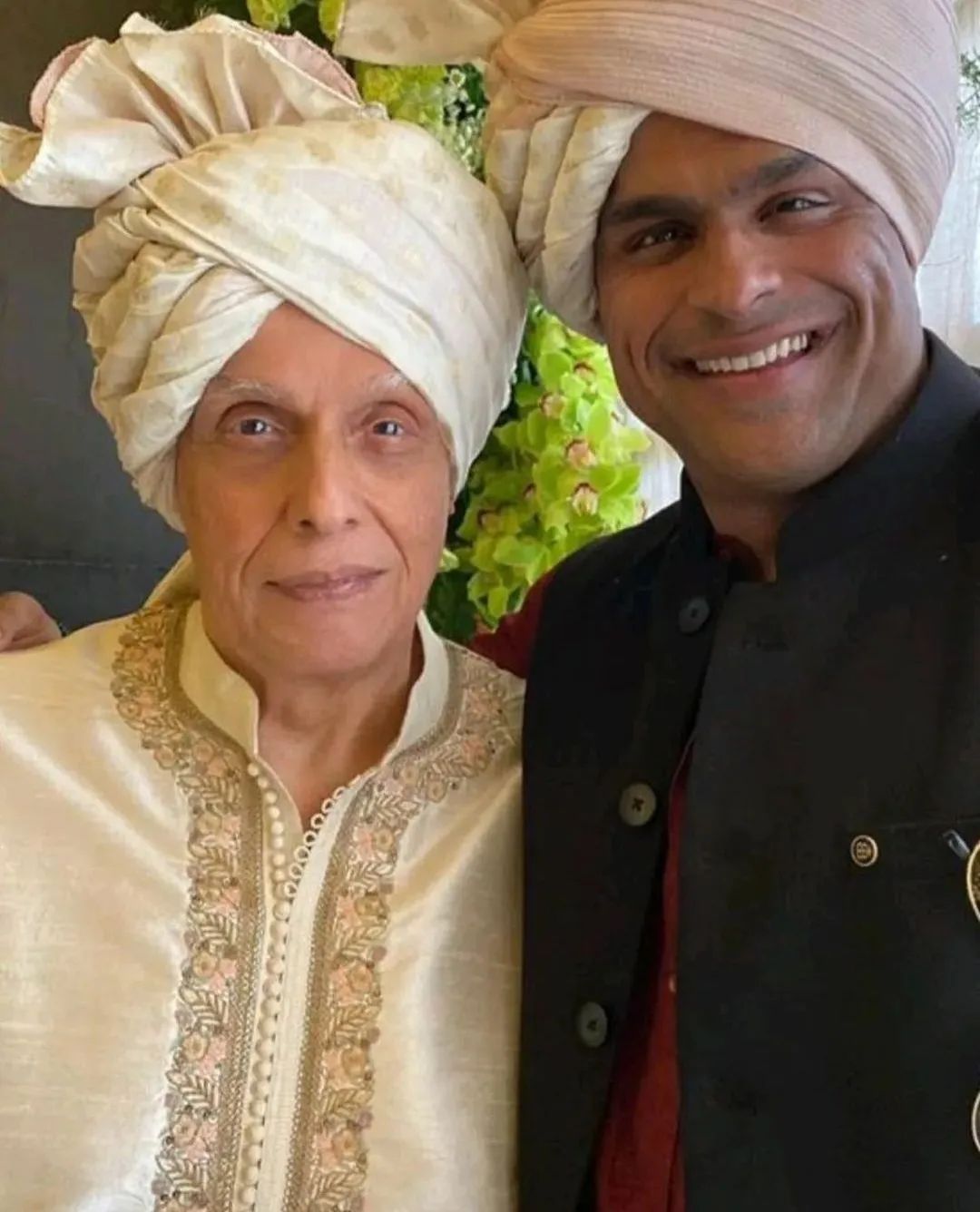 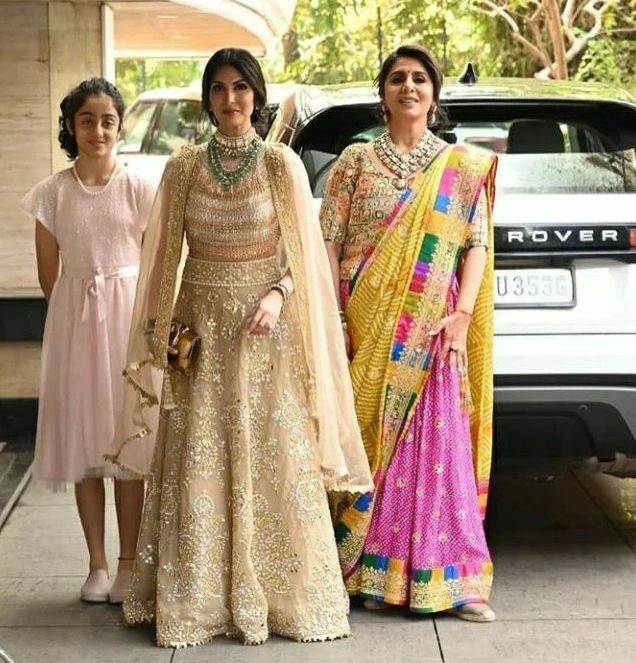 Mom and Sister of the groom (Neetu Kapoor with Riddhima Kapoor)

Ranbir and Alia made their first appearance as husband and wife infront of their house Vastu. Ranbir infact lifted his new bride and walked all the way to their house. Reports suggest that the couple will host a grand reception at the luxury hotel Taj Mahal Palace in Mumbai on April 17. 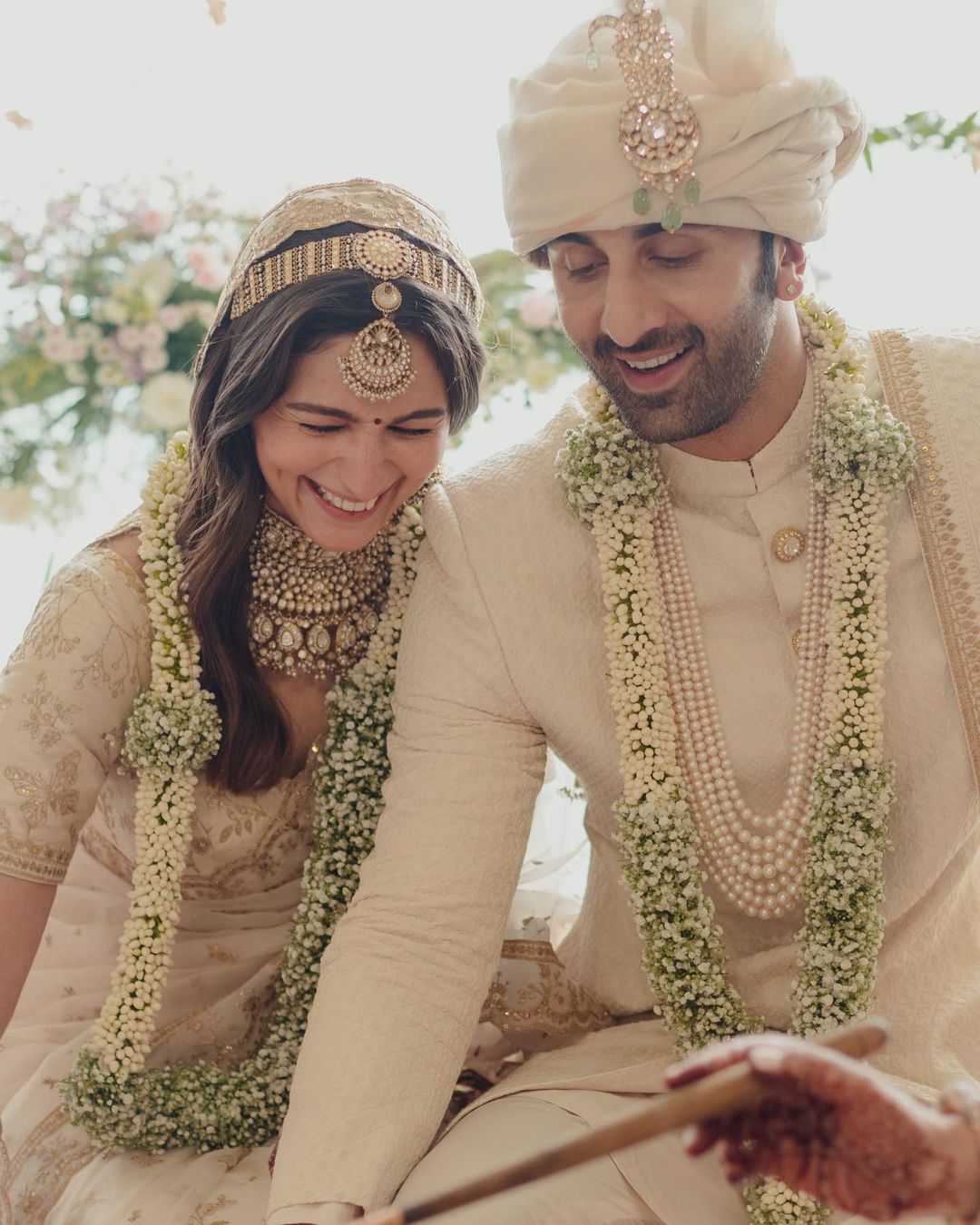 Ranbir and Alia tied the knot on Thursday, April 14

The pre-wedding festivities including a special pooja and mehendi ceremony were conducted on Wednesday. Ranbir and Alia had fallen in love with each other on the sets of their upcoming film 'Brahmastra'. The two made their first appearance as a couple at Sonam Kapoor's wedding reception in 2018.