Bollywood lovebirds Vicky Kaushal and Katrina Kaif have treated their fans with a glimpse from their haldi celebrations.Katrina on Saturday shared a string of pictures on Instagram. The actress is covered in haldi (turmeric) and is all smiles as she poses with her hubby Vicky.

Vicky too shared a few pictures, which features his father putting haldi on him, posing with Katrina and his groom squad putting water on him. 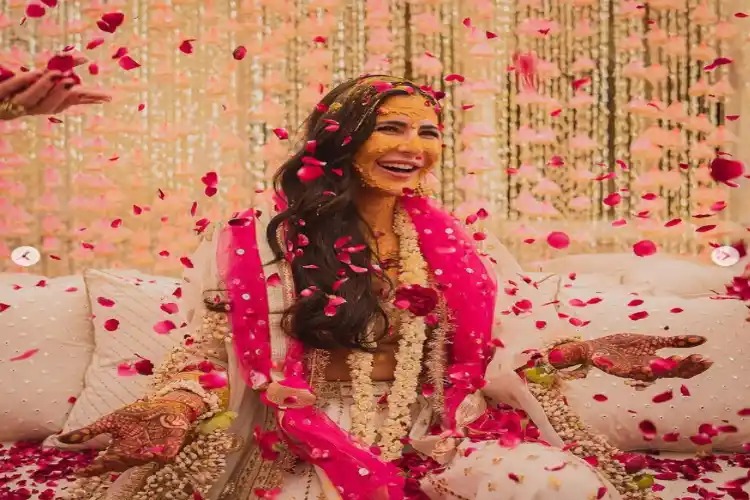 For the caption, the two wrote: "Shukr. Sabr. Khushi."

Katrina and Vicky tied the knot on Thursday in an intimate but lavish wedding in the Six Senses Fort Barwara Hotel, Sawai Madhopur, Rajasthan, with friends and family in attendance. 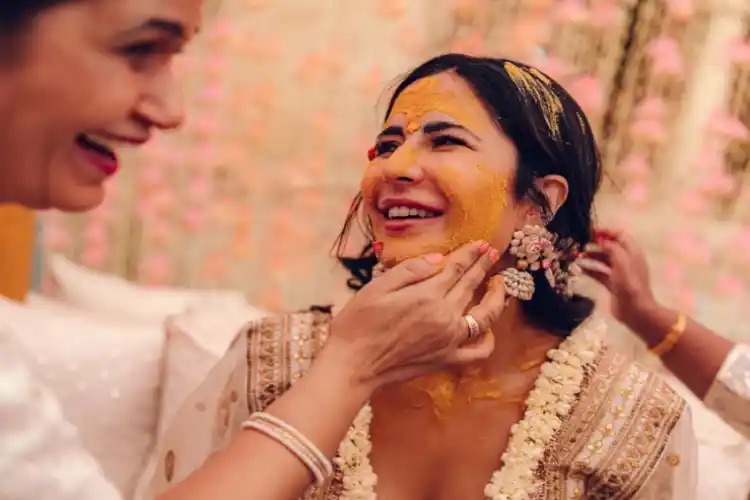 Katrina wore a bridal lehenga crafted by ace designer Sabyasachi Mukherjee for her special day, Vicky is said to have worn a beige sherwani after his 'sehrabandi'. 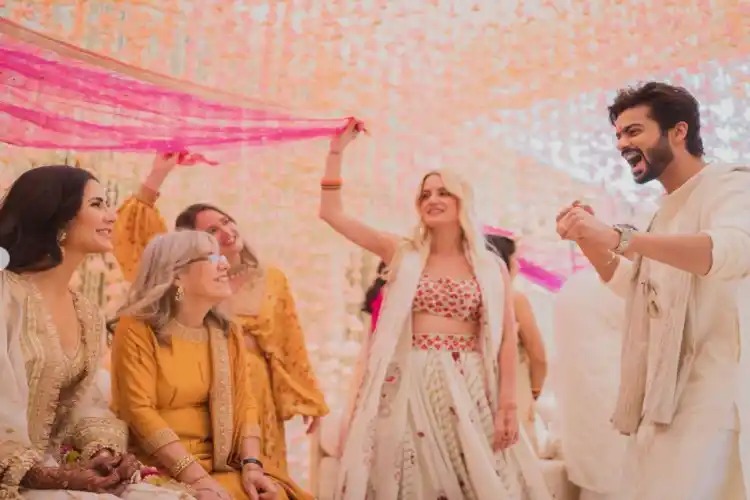 Katrina Kaif with her sister Isabella and mother

The couple also made it official that they would soon host a reception in Mumbai for those who were not invited to the very private marriage ceremony at Sawai Madhopur.