“It speaks well for the development of Science in India that Professor Raman owes little or nothing of his eminence to direct contact with physicists in other countries. His formal training was received entirely in India, and, except for a single year, he has worked only in his native land…….. India may well be proud of Sir Chandrasekhara Venkata Raman, her first Nobel Laureate in Science.”

Raman proved the scattering of light through liquids, a phenomenon that is known as Raman Effect. He was awarded Nobel for this discovery ob 28 February 1930. The scientific discovery gave India, then a colonised nation, global recognition in the field of science. As Davisson pointed out, the importance of discovery lay in the fact that Raman never studied outside India and none of his equipment was imported from Europe.

In Raman’s laboratory, science was mixed with nationalism. Raman never believed in borrowing scientific ideas, technologies, or research from foreign nations. He said, “one of the things that have been bred in us, a very deep and ineradicable defect, is a kind of inferiority complex which makes us think that we dare not question what has come to us from abroad……… one of the things all Indians should learn is fearless independence of thinking. That is a very essential quality and the absence of which, if I may venture to say so with all deference, is what stands today in the path of Indian progress…… Bad enough to borrow money. But what about borrowing knowledge? What about borrowing experts from abroad? What about forgetting to think for ourselves? This feeling of helplessness must be shaken away, shaken out ruthlessly. We must realize that we must stand on our legs. It is better to work with the most inefficient useless equipment of ours than to shine in borrowed feathers, better to work on problems with our slender resources. We must realize this and until and unless we realize this, we cannot go on.”


At the outset, Raman showed that independence of Indian sciences was non-negotiable for him. His first research article was published in a London-based journal when he was16! It was a rare feat for an Indian student to get published in a scientific journal that too without any academic reference. He joined Financial Civil Services in 1907, at the age of 18. 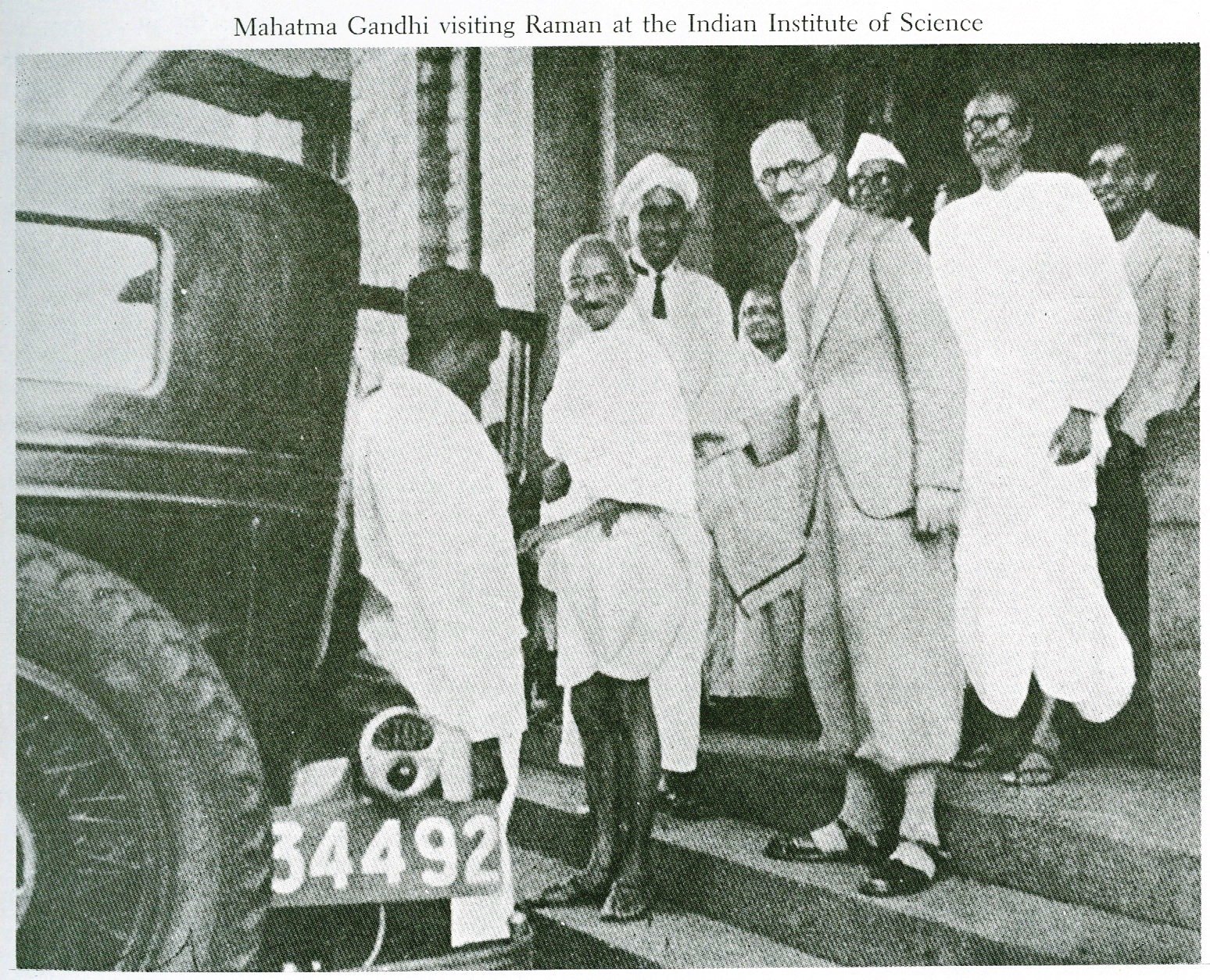 He worked as Assistant Accountant General at Kolkata and yet his love story with Physics continued. He revived the nearly defunct Indian Association for the Cultivation of Science, established by Mahendra Lal Sircar in 1876, and started publishing research papers. His research work did not go unnoticed and the Vice-Chancellor of Calcutta University, Sir Ashutosh Mookerjee, offered him Professorship in 1917. The post required the candidate to have foreign training. This condition had to be amended by the University when Raman refused to comply with it. He joined the Professorship at almost one-fifth of the salary he was drawing as Assistant Accountant General. Indian science was to see a revolution soon.

In 1924, Raman was elected as a Fellow of the Royal Society. The honour was celebrated across the country, but he was dissatisfied. He told people that he would bring a Nobel Prize for India in five years. His prophecy came true. On 28 February 1928, he discovered the Raman effect with an apparatus that he had cobbled with Rs 200. It was no coincidence that this apparatus was named, ‘The Black Hole of Calcutta’, after the dungeon where Nawab Siraj ud-Daulah imprisoned the English people, an incident which eventually led to the Battle of Plassey. The equipment and knowledge were Indian.

At a ceremony held at Town Hall, Kolkata, in 1931, Raman proudly stated, “I never had any training in foreign laboratories or Universities. I believe myself that this was a fortunate circumstance, for it is my firm conviction that the highest inspiration for scientific work is that which comes from within oneself. It is my earnest hope that it will be possible shortly to create opportunities in our own country for students to do the highest type of creative scientific work. In saying this, I do not for a moment suggest that we have nothing to learn from Europe or America, but surely we should learn to accomplish whatever we can within our borders.”


Raman strongly believed that Indians should cultivate indigenous sciences and popularise them through Indian journals. For this purpose, he founded Proceedings of the Indian Academy of Sciences and other journals. Leading by example, he published all his research papers in the journals started by him in India and encouraged his students to do the same.

Speaking at IIT Madras in 1966, Raman said, “We in this country have no future whatsoever of any sort unless we learn firstly, secondly and lastly to rely on ourselves for everything that we need……. We cannot do it, unfortunately. We are tied to the coattails of European civilization, I include myself also in this. In the first place, I put a big query mark after the word ‘civilization’ and I must also put another mark after ‘European’. I must also add American, you know the American way of civilization. We are tied to their coat-tails……. we have to eschew all the evil things which we learn from Europe and America. Let us not condemn Science for that reason, but we must not subordinate ourselves to the ideas and ideals which have come to us from the West. It is this lesson of self-reliance that we have to learn and until we learn it there is no future for us.”

Professor Ramseshan, a close aide of Raman during his last years wrote, “Raman was a staunch nationalist and was proud of his Indian heritage and its past achievements. In the matter of scientific research, he insisted that Indian scientists should not be camp-followers and imitate what was being done in the West. He often proclaimed that what one did should not only be original but should also be relevant to India’s needs when it came to the application of research. He was opposed to Indian scientists going abroad for advanced research and believed that it impeded the originality of thinking. It is difficult to say whether he was right or wrong, but it is a fact that independent India is yet to produce scientists of Raman’s caliber, although the money spent on scientific research is enormous compared to the Raman days.”


Raman was an Indian first and last, who loved physics but not more than his motherland. He campaigned against the policy of sending Indian talent to foreign countries for ‘training’ and buying equipment. In his view India had everything.

Professor A. Jayaraman, a former student of Raman, in a book dedicated to him wrote;