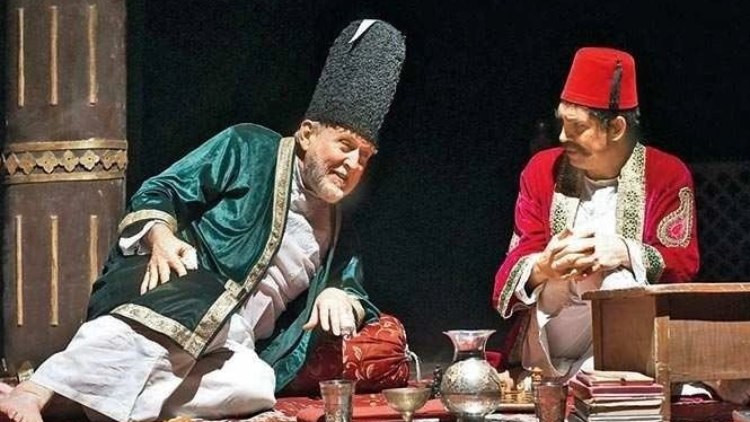 Growing up as a 90’s kid, the world of television always fascinated me. I was particularly fond of  Tom Alter, who would feature in almost every Television serial and Bollywood film that I watched. I always had this lingering wish to meet him, know him more and if possible even share a stage. Back in 2017, when I started doing theatres and my hopes soared but before I could even meet him, Tom Alter had passed away. 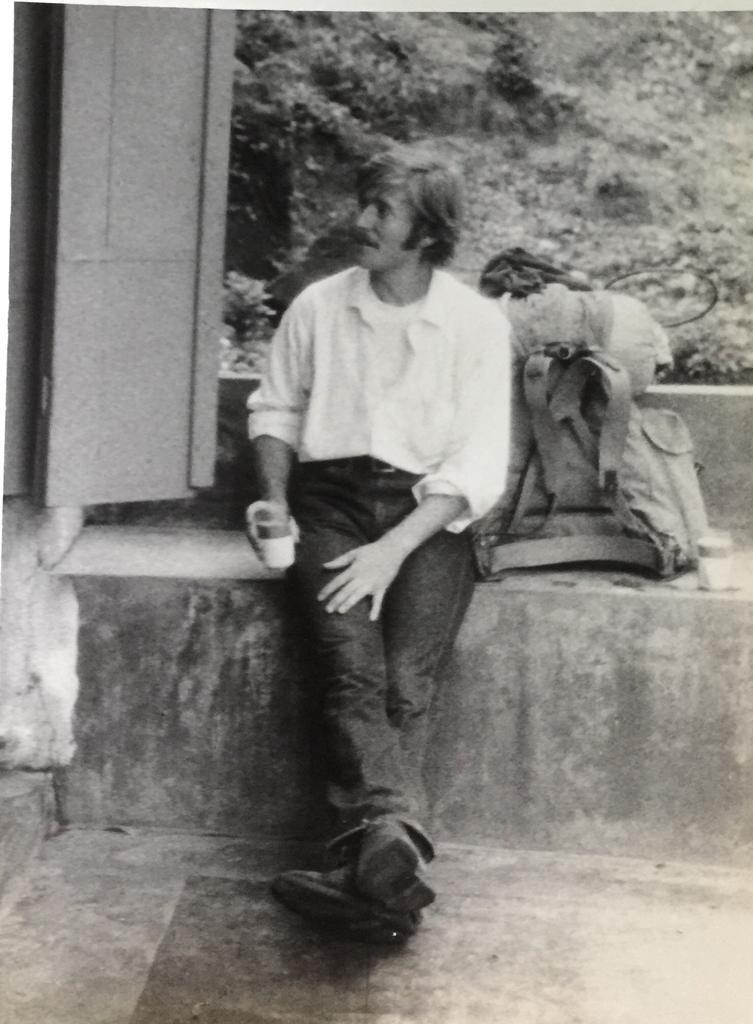 Tom Alter in his youth

Tuesday, 22nd June marks the 71st birth anniversary of Thomas Beach Alter aka Tom Alter, born in the year 1950. He was known for his love for the Urdu language, Urdu theatre, and his rendezvous with cricket. Though it is a known fact that he not only preferred reading scripts of plays or movies in Urdu but was responsible for playing the iconic characters like Maulana Azad, Mirza Asadullah Baig Khan Ghalib, Bahadur Shah Zafar. 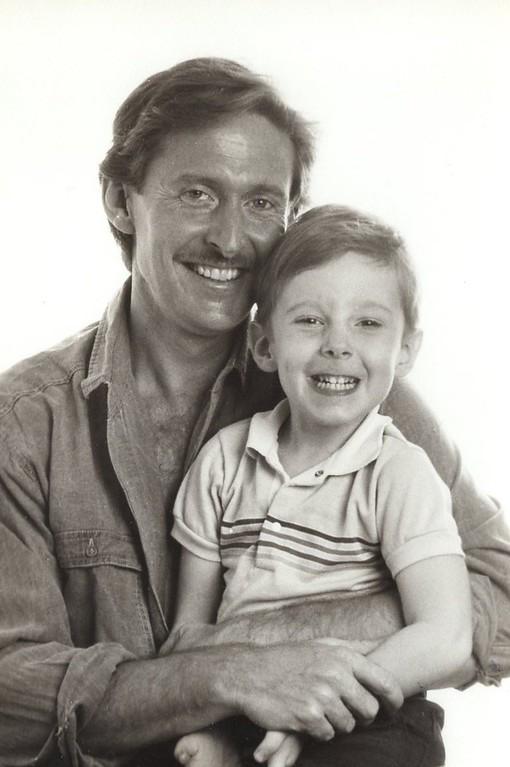 Looking at Tom, one would see a fair, tall, blonde man with blue eyes; inside, he was an Indian at heart. He graduated high school from India, went to the US for higher studies, and came back being nostalgic and attached to the country he was born and brought up in. he even ended up surrendering his American passport. 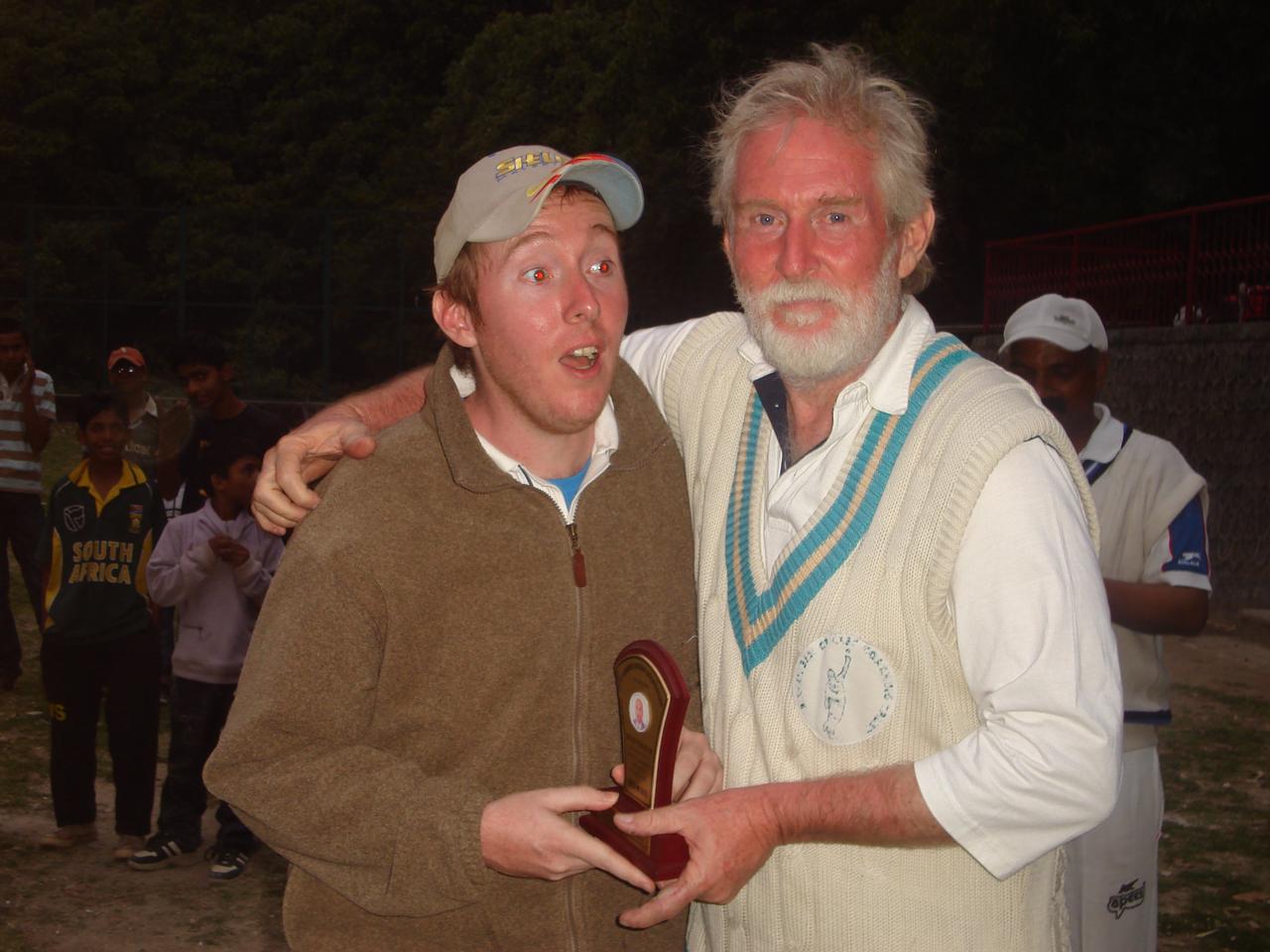 Jamie with Tom after a cricket match

A man of few words and intelligent humour, Tom Alter’s roots hail from Ohio in the USA, born to Christian Missionary parents in Mussoorie, he always found Bible in English, Hindustani and Urdu present at his home and was often found asking his parents the logic behind so many translations, to which he was made to understand the art of communication and the need of making it accessible to all.

In a tete-a-tete with his son Jamie Alter, who is a sports journalist, he says during his younger days in the decade of ‘50s and ‘60s in India, his father was always surrounded by vernacular words, and his interest piqued with the passage of time. In 1972 when he joined FTII to study acting, he found Urdu as a part of the curriculum. At FTII, he was for the first time formally introduced to the language.

Moving on, he even got himself an Urdu Ustad (tutor) in the 1980s who helped him master the craft of the Urdu language. His good command over the language led him to work with the renowned theatre director Dr.M Sayeed Alam, who is an actor and producer for nationally and internationally acclaimed Delhi based theatre group "Pierrot's Troupe", Tom Alter had an association with this troupe for a span of 15 years. 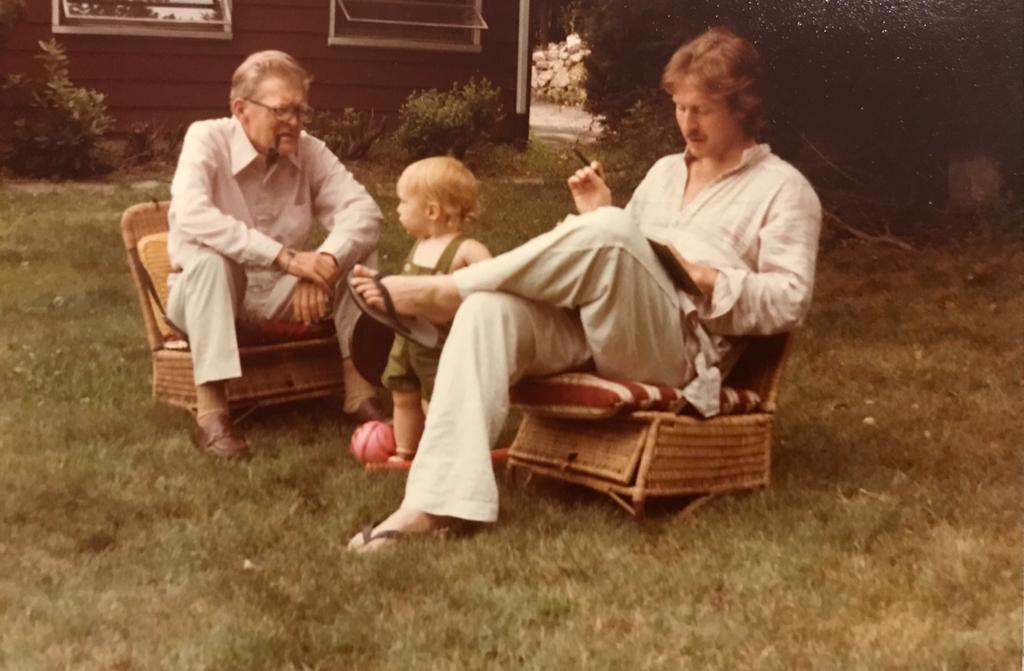 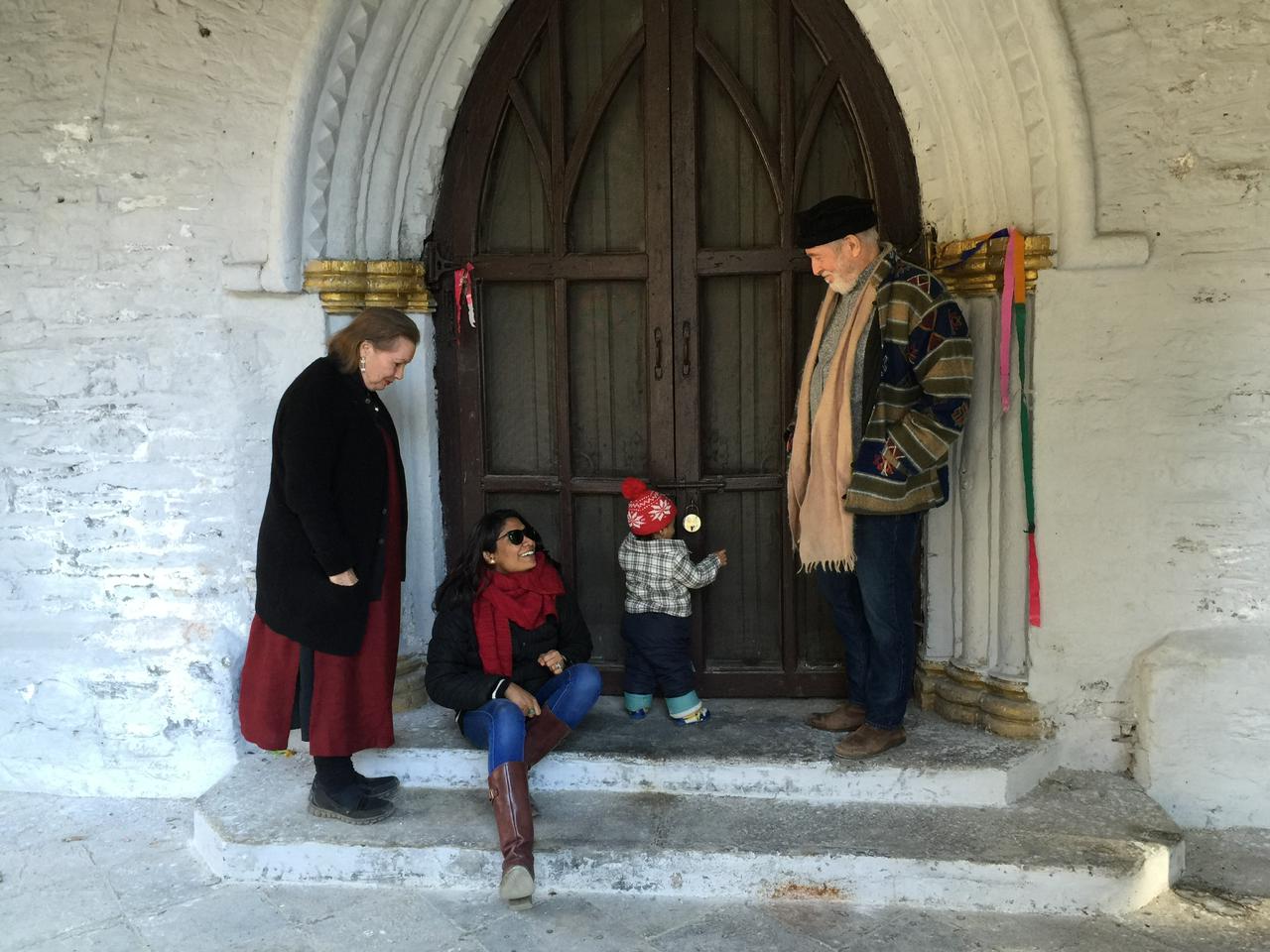 Christmas in 2015- Three generations in one photo 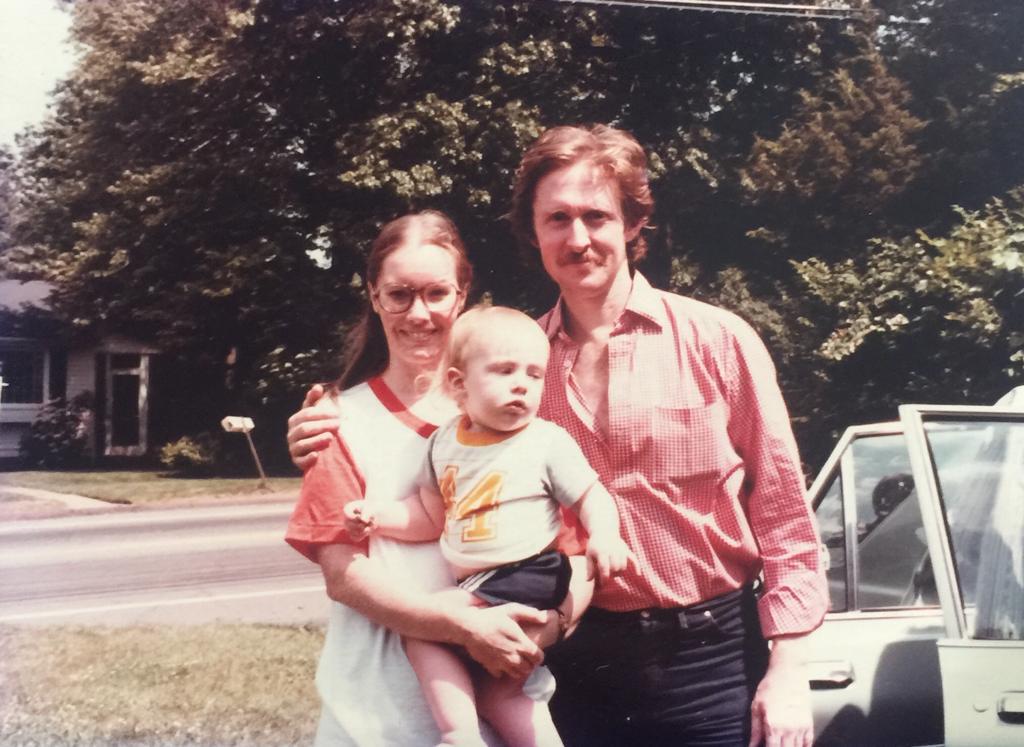 Dr.M Sayeed Alam says “I am very sorry to say, but his acting skills were wasted by Hindi Cinema”.

Remembering the bitter-sweet moments that the Director-Actor duo shared for almost 15 years, Dr.Alam told Awaz-the Voice that on January 25, 2008, while Tom was on stage performing Maulana Azad in Muscat, Oman, the news of his being awarded Padma Shri came in. The news was in all the newspapers the next day.

Jamie says his father had a natural and neutral flair for Urdu and that came in handy for the portrayal of the character Maulana Azad in his play.  It also helped Tom do another iconic movie Shatranj Ke Khiladi in 1977, in which he played the role of Captain Weston. 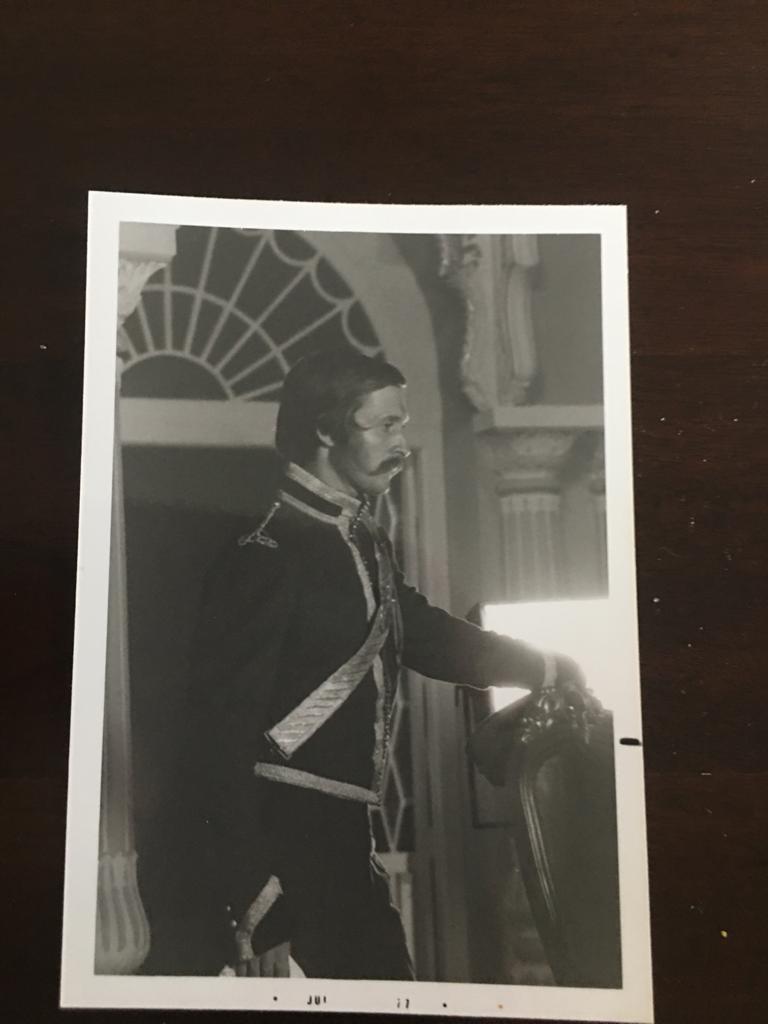 The duo did almost 11 productions and nearly 400 shows together, in which 118 are that of Maulana Azad alone. After Tom’s untimely demise due to cancer in 2017, Dr.Alam revived Maulana Azad in 2019 with Ghubar-e-Khatir (his other play on Maulana Azad). He says “shoes of both Maulana Azad and Tom Alter are very big” as a result, he is yet to find a suitable replacement for Tom, who had effortlessly managed to do the 2 hours and 15 minute long monologue in the play. 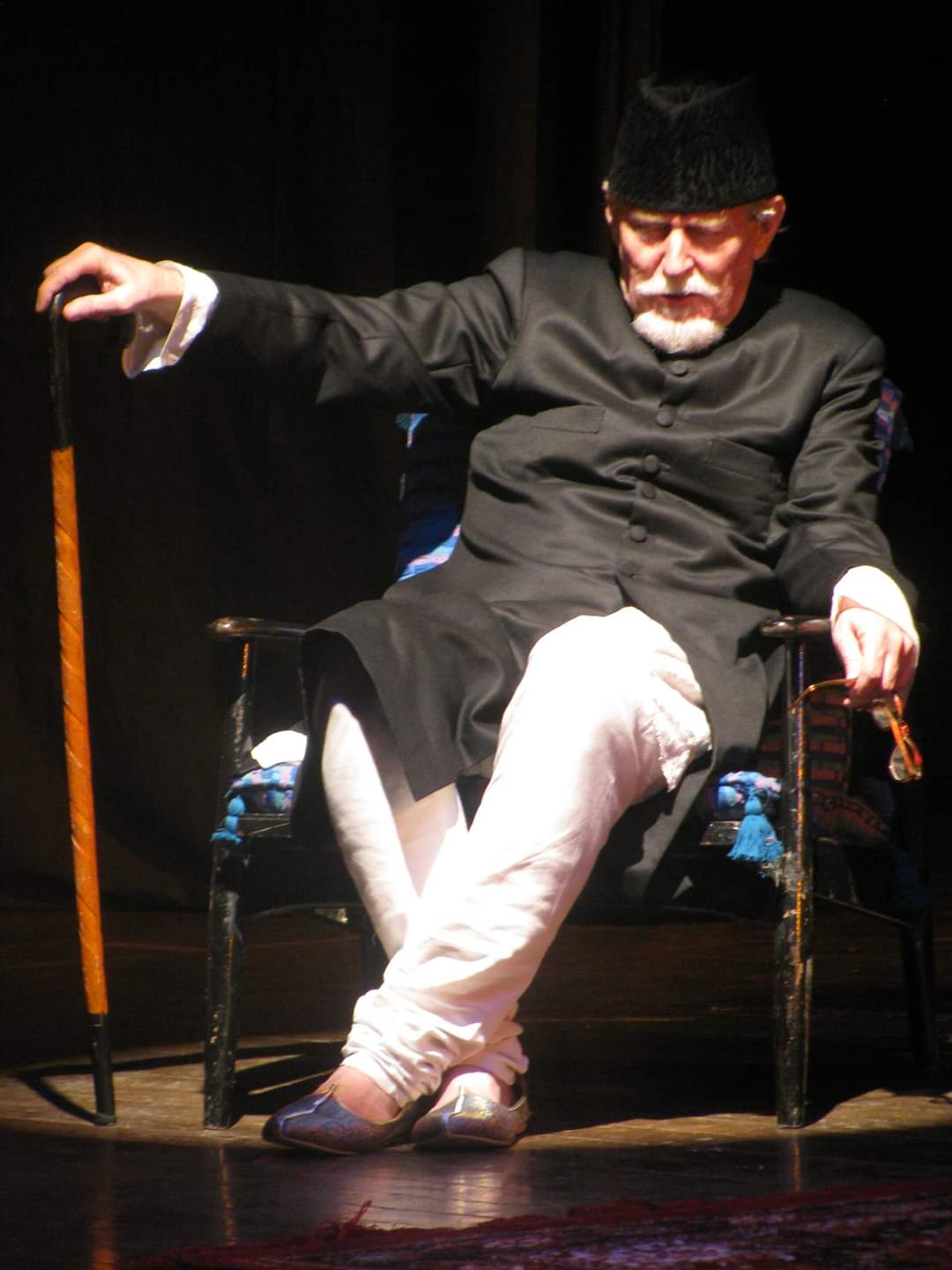 Dr. Alam says Tom was a very humble, down-to-earth human who never used a cell phone; he communicated through email. A man of his word, Tom, Dr. Alam says, had impeccable discipline and punctuality.

Recalling their first meeting, Dr. Alam says they ended up spending a week together.  Tom appeared to be knowledgeable about Urdu. However, it was on the last day that he asked Dr. Alam for the script of Maulana Azad written in  Since that day, for every production he was given a persian script. “Tom was very peculiar about Urdu and never liked reading it in Roman or Devnagri,” he said.

Talking about the green room camaraderie, Dr.Alam recalls his wordplay and humour which was quintessential Tom Alter. He recalls their fights over trivial matters all ending up improving the production.

Paying his tribute to Tom Alter, “Do some Tom Alteri, Buy his plays for Re.1,” the logic behind Re.1 as the ticket price being Tom’s love for ticketed shows and how at times he used to charge Re.1 as his fees that also reflects his undying spirit of concealed charity and care for brethren. 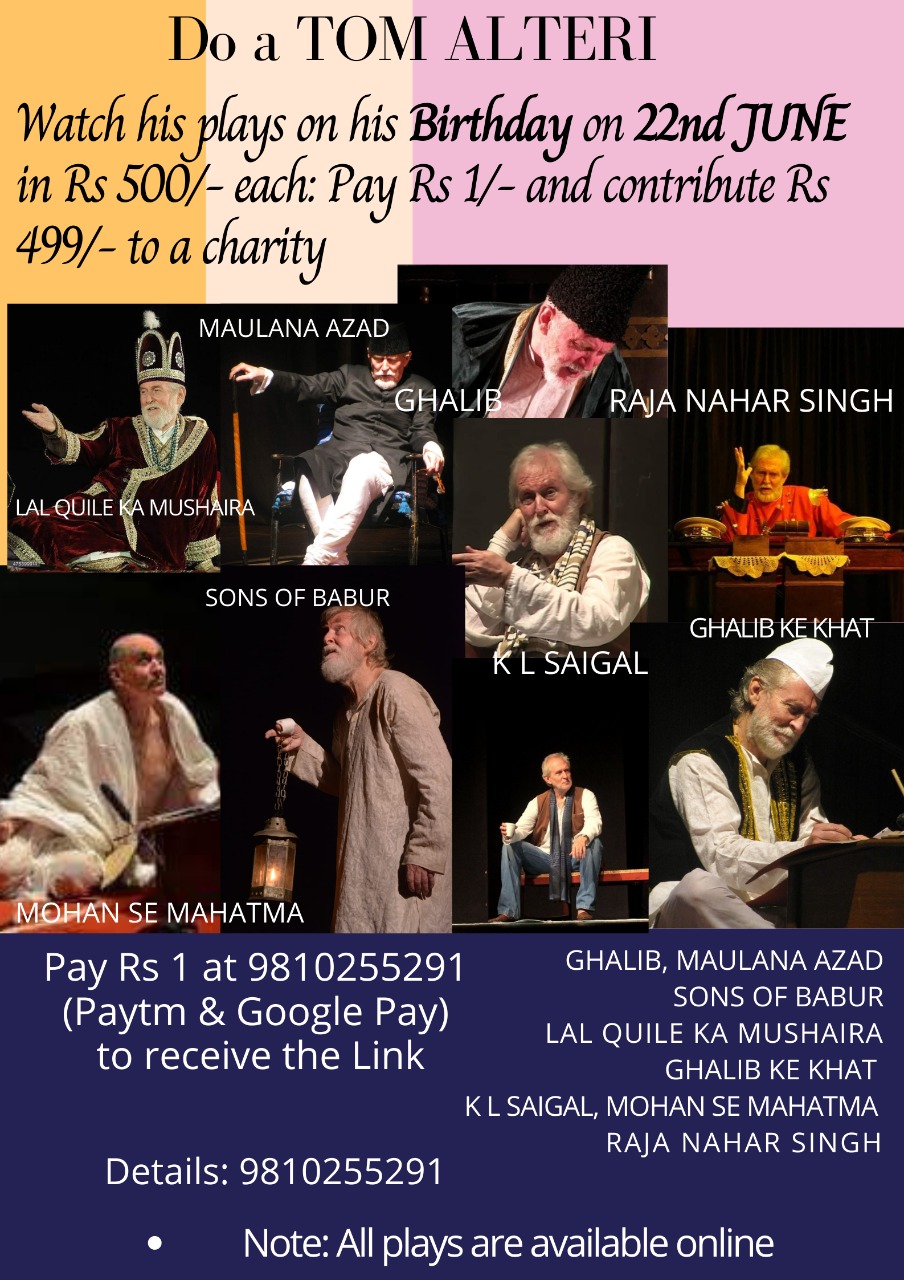 Dr. Alam says Tom Alter was an honest actor to the core, being able to keep promises and remaining composed even in dire situations. One such incident was when the 1st show of “Lal Quile Ka Aakhri Mushaira” was to be performed in the Red Fort and the audience included the stalwarts of Urdu like Akhtarul Wasey and more. 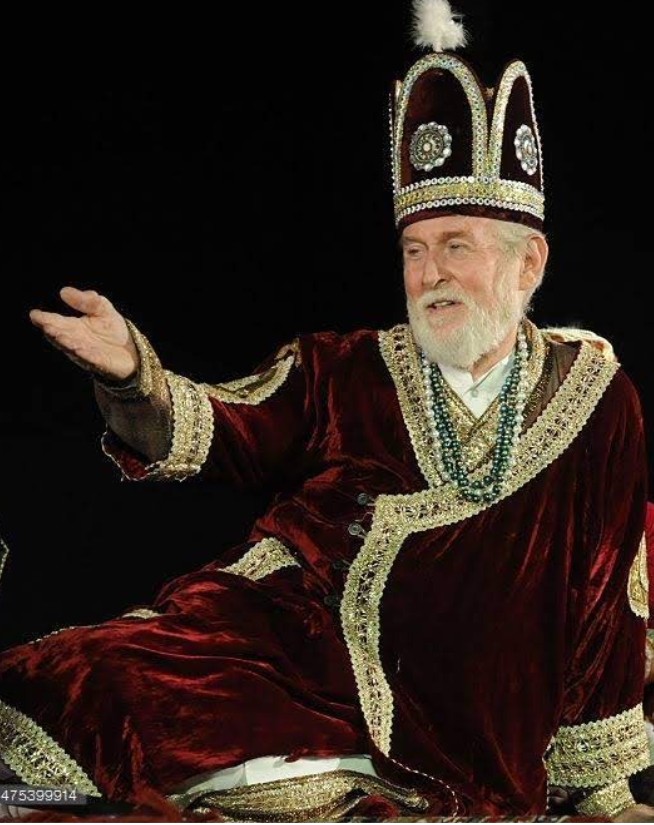 The chemistry between the duo on stage was filled with lots of improvisation, one such incident is listed below. 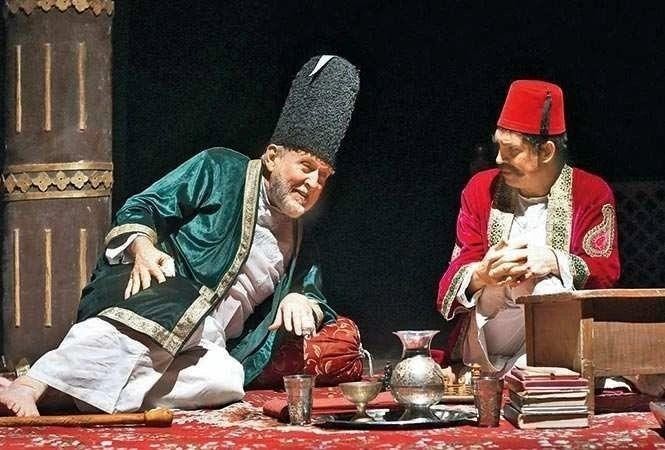 His undying respect for the stage and never mixing the personal and professional aspects was a rare quality in the stars of his era. He feels fortunate to have directed someone 20 years senior in age, experience, and vision. “Tom Alter was the fairest actor of Urdu plays who chose to do so by his sheer will and interest.”

Which roughly translates as

““Whoever can't see the whole in every part plays at blind man's bluff.

A wise man tastes the entire Tigris in every sip.”