Faqir Chand Book Store: A slice of Peshawar in Delhi On the 14th of August 1947 when Pakistan celebrated its first Independence Day, the non-Muslim Peshawari families of North West Frontier Province (NWFP) were as happy about the turn of events as anyone else. 75 years later, Abhinav, 25, whose grandfather was among those who celebrated August 14, says: “My great grandfather (Faqir Chand) was confident about staying back in Pakistan, they (non-Muslim families) celebrated the Independence Day and had declared themselves as Pakistanis soon after the partition “

Sitting inside his shop Faqir Chand Bookstore in Delhi’s Khan Marker, Abhinav recounts the story of his family while speaking to Awaz-the voice. “One day the deputy of Peshawar province walked in and told my family that the situation was bad. The non-Muslim Peshawaris had no choice but to leave everything behind and left for India.” 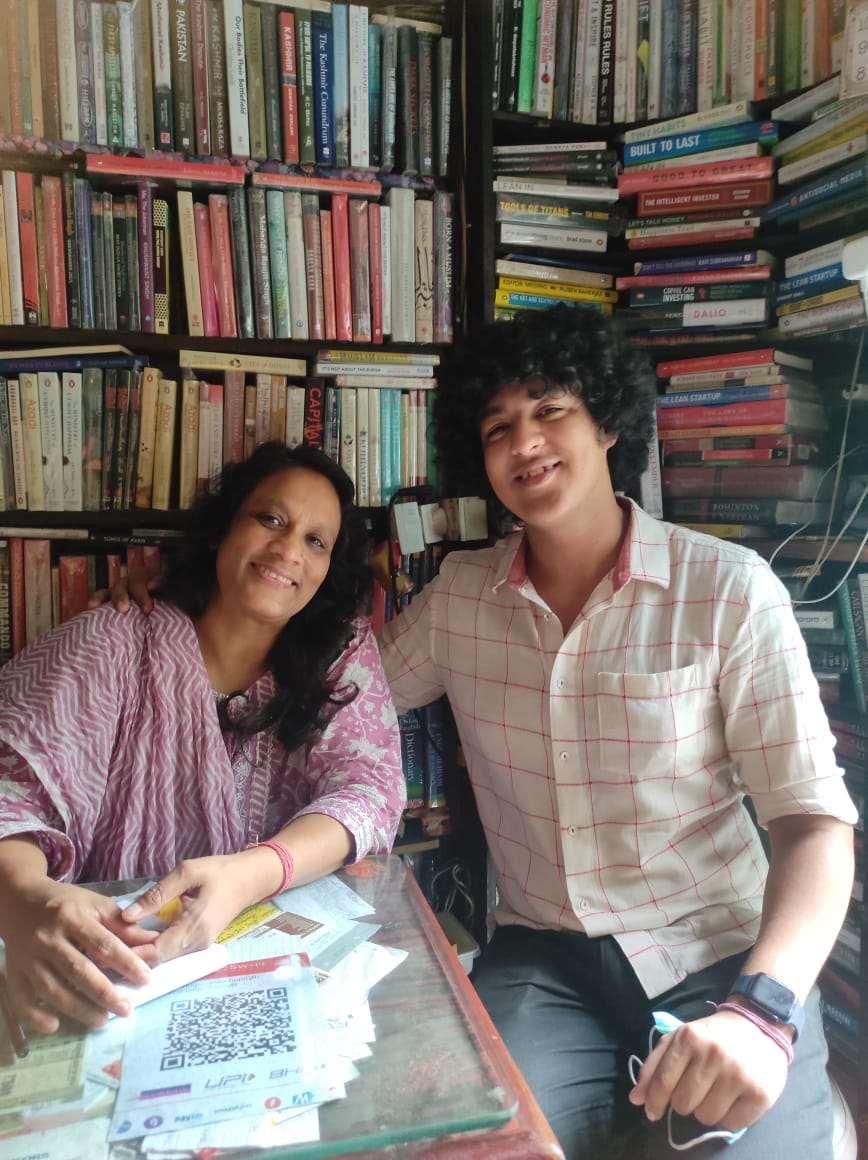 Abhinav Bhami with his mother

Faqir Chand’s family was one amongst the many from Peshawar who were evacuated in the November of 1947, “Thanks to the Muslim deputy friend of theirs, they were evacuated via a chartered plane,” Abhinav says.

He says though his ancestors escaped being killed on the train and buses (as happened in many cases) yet financially the family had lost everything.

Abhinav says like others, that his family was allotted a shop and a house in Khan Market. “Khan Market was a partition baby established especially for the refugees from North West Frontier Province. The market was named to pay homage to the freedom fighter Abdul Gaffar Khan’s brother Abdul Jabbar Khan...”, he says.

The family-owned Faqir Chand book store was established in 1931, in Peshawar. It was a leading bookshop in Cantonment city back then.

Abhinav says his great grandfather Faqir Chand was a tall, robust man who never gave up hope and re-established the book store again in Khan Market in 1951.

Today, Faqir Chand Bookstore is a favourite haunt of the capital’s bookworms, and yet Abhinav says it remains grounded and attached to its roots. Today’s Khan Market is Delhi’s costliest retail hub. Of the 91 refugee families of NWFP that resettled here after partition, only 6 remain and it includes Abhivan’s Bhami family.

Abhinav says, “Today, elders bring their grandkids to the store and tell them the stories of their younger days; and about their visits to the shop for comics. They say this is how a bookshop should be, where the priority is books and just books. It’s more about the experience and the scent of a bookshop that gets people back, again and again…”

For Abhinav, it is the personal relationship with the customers that is the most important, “understanding our readers, knowing their tastes and then recommending them new books, most of the regular customers have become my friends…” 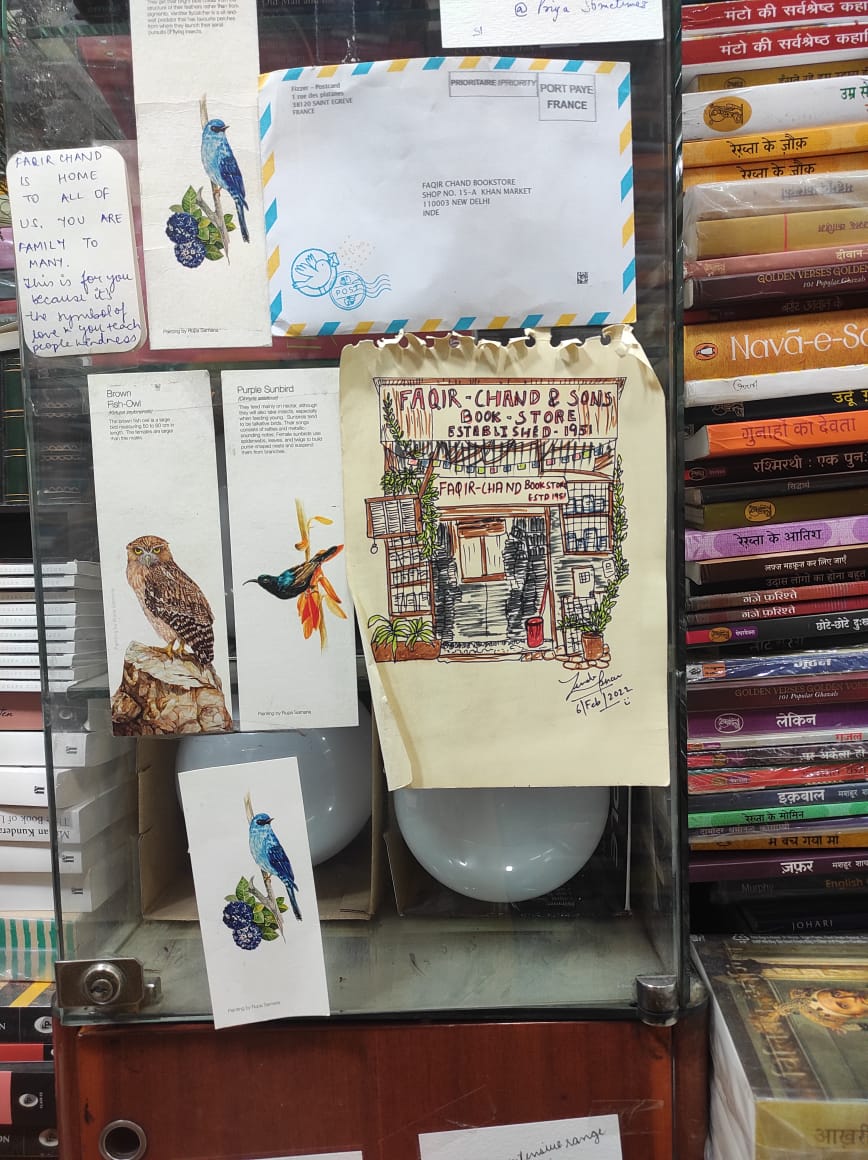 Paintings by the bibliophiles

“We get visitors from all over the world. They tell us how happy they’re to see our bookshop. Some of them are coming to India after decades, they share their memories and love. People walk in and stand still, lost in thoughts, looking at the books, juggling the memories they’ve shared with our store and then most of them say that this place is the only one that hasn’t changed.”

Abhinav says “It’s emotional when old patrons tell me, I knew your grandparents. or ‘I’ve been coming here since the ‘70s, long before you were born!”

“We haven’t changed the book store, the books are piled up one over the other...this place is more than a business to us, it is a feeling and an emotion…”, he says.

Abhinav mentions that he has grown up with books. He fondly recalls how JK Rowling’s Harry Potter had a cult following. “There used to be a long queue since sunrise before the shop was even opened and within an hour the books were all gone…especially the last part ‘Deathly hallows’.

Remembering his Peshawari roots Abhinav says, “There was this group of Peshawaris that included Dilip Kumar, Prithviraj Kapoor-who was my great-grandfather's batchmate, they used to meet whenever they could…they wore the Pagadis and did the Lath dance…I guess that was their way of keeping the traditions alive…they also played cards and went for long walks in the Lodhi gardens…”

Abhinav says, “There’s commercialization today in everything, next to my bedroom is a sushi restaurant…the vibe of Khan Market isn’t the same…I just have memories and this shop of ours is an effort to keep the traditions alive...” 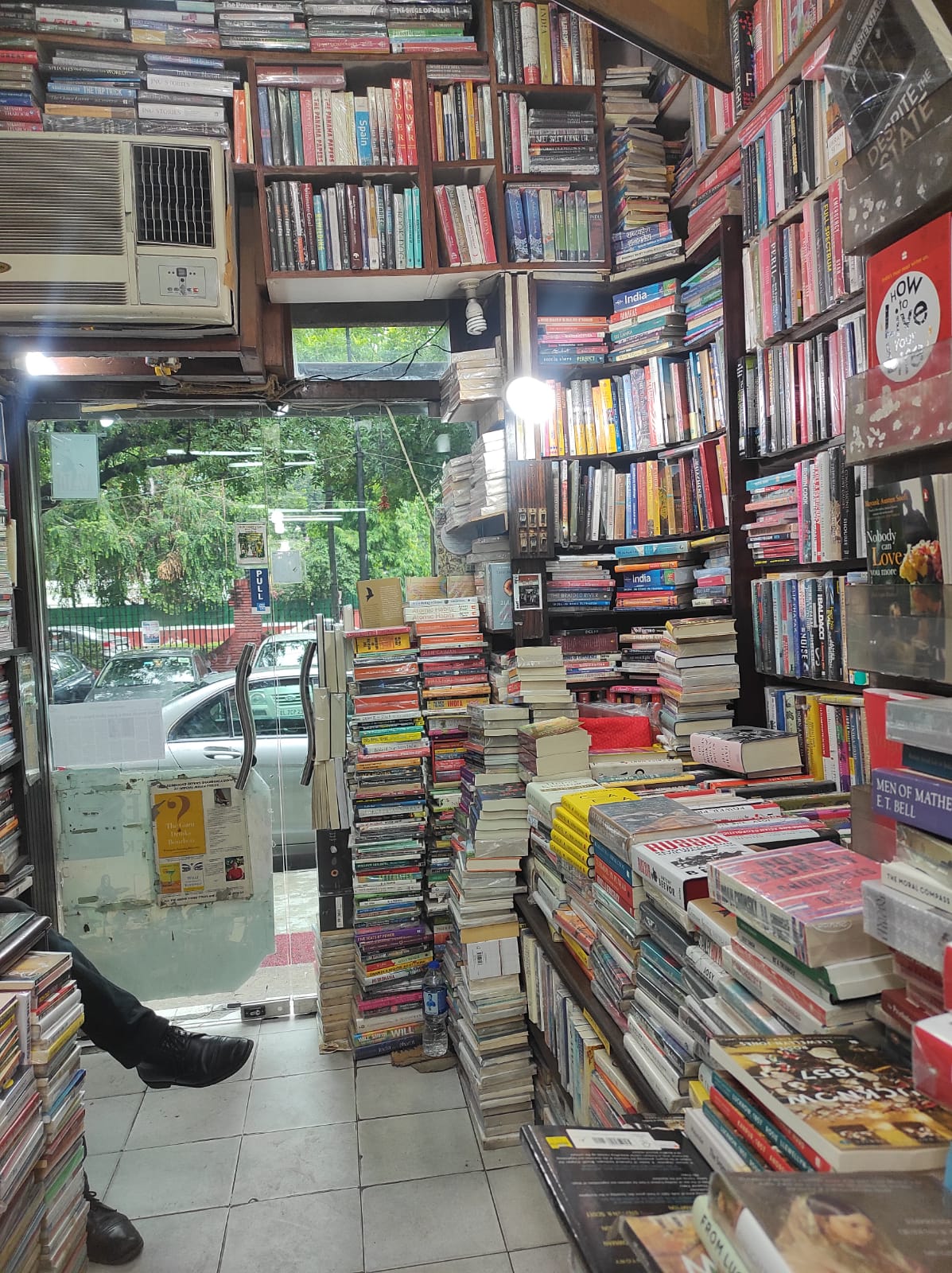 Talking about the tough pandemic time he says, “It was a rough ride but we never talk about the losses we incurred during that time, like I said this bookshop is a feeling for us, it is more than a family business, it is an effort to keep alive the essence of pre-partitioned India...”

A handwritten note by Dominique Lapierre, the author of "Freedom at Midnight”

Journalist Ravish Kumar is a regular visitor for the ancient book store.