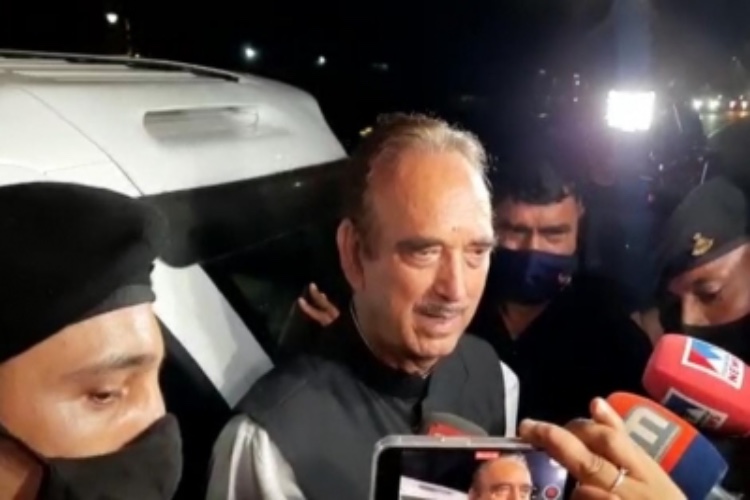 The Congress' 'G-23' group, which is seeking a party overhaul, seem to have toned down its demand of leadership change with its senior leader Ghulam Nabi Azad, who met party chief Sonia Gandhi on Friday, saying there is no vacancy right now for the post of President and nobody asked her to quit.

"Nobody said Mrs Gandhi should quit. "She is Congress President, we are leaders of the party, the feedback which is given to restructure organisation is not meant for public... there is no question on the leadership, when Mrs Gandhi offered (to step back), we all rejected it. "When the party will go for organisational polls, then there will be deliberations.. at that time it will be decided," Azad told media persons after the key meeting, which lasted for over an hour.

"There is no vacancy of the Congress President." Distancing himself from the views of senior party leader and fellow G-23 leader Kapil Sibal on leadership change, Azad noted that Gandhi's offer has been rejected by all groups, including the one he belonged to, and "we wanted her to continue".

His remarks bolster indications that the Congress' internal battle seems heading towards a truce as Gandhis have been proactively reaching out the dissenters with senior party leader Rahul Gandhi, who has been not having a good equation with former Haryana Chief Minister Bhupinder Singh Hooda, met him on Thursday and listened to his grievances. Later, Hooda met the G-23 leaders.

Similarly, the Gandhi family is reaching out each person in the G-23 group, who have been demanding a drastic overhaul of the party's functioning, either personally of through an emissary. The 'G-23' met on Wednesday and issued a statement calling for the Congress organisation to be revamped and accountability of the people involved in the election process.

ALSO READ:  The Indian touch to festival of Shab-e-Barat

"We believe that the only way forward for the Congress is to adopt the model of collective and inclusive leadership and decision making at all levels... in order to oppose the BJP, it is necessary to strengthen the Congress party. We demand that the Congress party initiate a dialogue with like-minded forces to create a platform to pave the way for a credible alternative in 2024," the statement had said.