Weeks after the hijab, the halal, the aazan, and the call for boycotting shops belonging to Muslims pushed Karnataka into controversies, Iftar, the breaking of the fast by Muslims during Ramazan, seems to have become an occasion for the Hindus and Muslims to reaffirm their brotherhood and assert harmony.

Amidst the reports of many Hindu youth groups hosting Iftar parties regularly appearing in the local media, two recent instances - of a newly married man hosting Iftar for his friends in a mosque and Hindu women attending the party hosted by a socialite in Bengaluru – stand out. 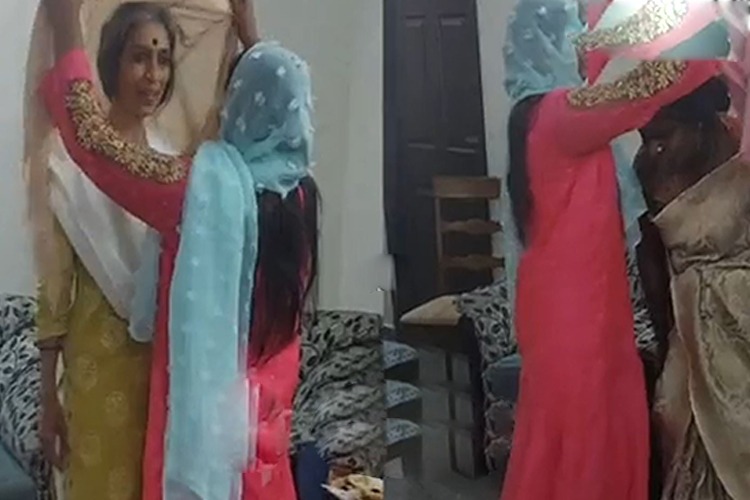 In southern Karanataka, Chandrashekar J of Byrikatte village got married on April 24 and due to Ramazan many of his Muslim friends who were observing Roza missed out on the wedding feast. So, on Wednesday, he hosted a special Iftar party for his friends at Jalaliya Juma Masjid to mark his wedding celebration.

Later, the newly-wed Chandrashekara and his wife were felicitated by clerics and office-bearers of Mosque. People who attended the Iftar blessed the newlyweds and thus the village became a symbol of communal harmony.

In the cyber city of Bengaluru, some 50 Hindu women experienced wearing Hijab as they ate with Muslim women at the special inclusive Iftar party organized by a well-known social activist Syeda Nasreen.

Vidya Dinkar, one of the women who enjoyed the special party and had an ‘experience’ said: “After this, we have come closer to each other. 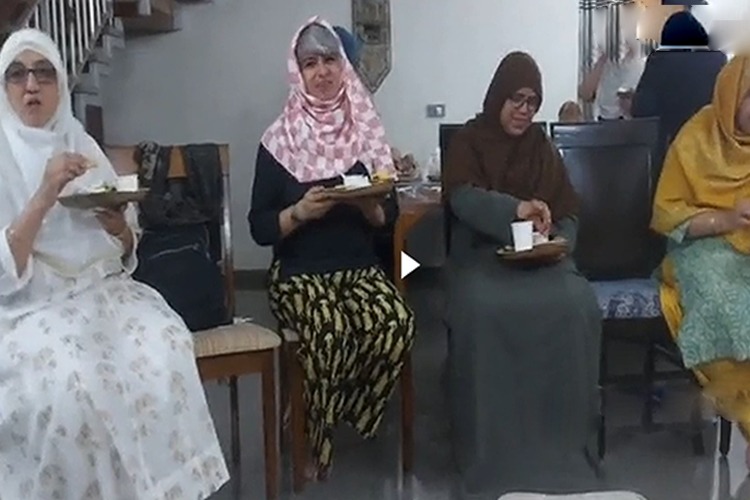 After attending the feast that is mandatory for Muslims to break their dawn to dusk fast during the month of Ramazan, Syeda Nasreen said, "We have got a lot of peace by doing all the party."

It is noteworthy that Karnataka has been facing unrest for the last few months. A few days ago, the High Court of the state had ruled that the hijab was not a mandatory part of Islam, after which the matter reached the doors of the Supreme Court.

Before the High Court ruling, there was a lot of tension over the issue in the State regarding the hijab. When it calmed down a bit, some organizations tried to spoil the atmosphere by fanning the controversy on Halal meat. Next came the campaigns asking Hindus to boycott Muslim traders and ban the use of loudspeakers from the mosques.

In this somewhat negative environment, this group of Hindu women of Bengaluru has emerged as a ray of hope.

In this somewhat negative environment, this group of Hindu women of Bengaluru has emerged as a ray of hope. 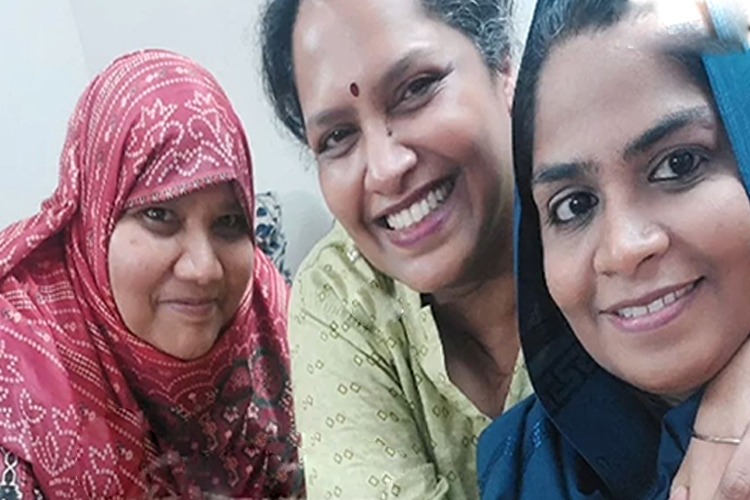 Syeda Nasreen’s effort was aimed at addressing the negative narrative on Muslims being spread across the country.

Vidya Dinkar says, “Some people are trying to reap the harvest of hatred by creating ruckus in Eid and Ramzan. But they probably do not know that the closer we come to forgetting communal discrimination, the stronger the country and society will be.”


Payal Mishra, who attended the party, said, "I thought it would be hotter this summer when I wore the hijab, but I didn't feel the heat at all.”

Payal said she received a lot of information about the importance of Ramazan and fasting in the month. The women said that fasting in this spiritual atmosphere of the month brought peace of mind and a uniquely pleasant feeling.