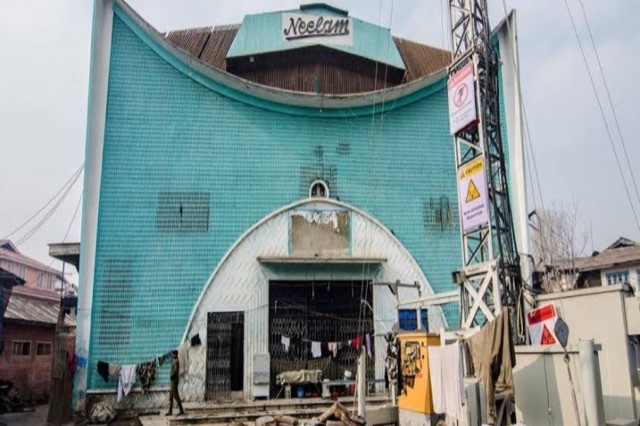 An abandoned cinema hall in Kashmir

Jammu and Kashmir is going to witness a cinema boom in the next two years as 50 new cinema halls are coming up in the union territory.

Though Jammu region already has a good number of theaters, Kashmir valley has been without cinema theaters for the last three decades now. When militancy erupted in Kashmir valley in the early nineties, the cinema halls became the first target.

The militant groups ordered the closure of theaters and many of them were burnt down. However, of late the administration in the UT has been working overtime to rejuvenate the entertainment industry, particularly the cinema halls. Reopening of the cinema halls in Kashmir valley is an important component of the new film policy unveiled by the LG administration in August last year in presence of Bollywood biggies like Amir Khan and Three Idiots director Rajkumar Hirani.

According to the new project, the plan is to set up 50 cinema halls in Jammu and Kashmir at a cost of 30 lakhs each. It is not clear whether burnt-down cinema halls in Kashmir would be reconstructed or new halls would be set up in multiplexes and shopping malls that have sprouted in various parts of the Valley.

To begin with, 4 cinema halls are being set up in the Jammu, Katra, Nagrota and Kathua districts of Jammu region in the next 3 months. After the successful completion of first phase, the project would be extended to the remaining districts. The project is being executed by Mumbai-based company Jadooz which is owned by Shobana, actor Rannvijay and Rahul Nehra. 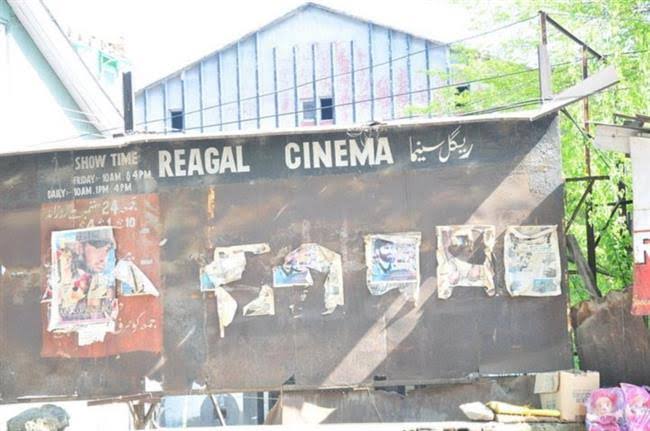 Reagal Cinema was targeted by terrorists in 1999.

The company has entered a collaboration with Jammu-based businessman Sushant Sharma, who would overlook the operations in the UT of Jammu and Kashmir. The then Farooq Abdullah government when it resumed power in 1996 tried to open cinema halls amid tight security arrangements in 1999.

However, on the very first day of its opening, militants tossed a grenade toward the crowd that was coming out of Regal Cinema resulting in the death of a person and injuries to money. Regal Cinema has been demolished now by its owners and a multi-story complex has come up at the venue. However, the name Regal remains alive in the form of the Regal Chowk area. Another cinema in Srinagar Neelam ran for many months under elaborate security cover of CRPF. However, it did not go well with visitors as they had to undergo frisking and other security checks before entering the cinema.

It was later closed down by its owners. Broadway Cinema in the Batwara area- in close vicinity of 15 Corps Headquarters- was converted into a bar and restaurant by the owners. Sheeraz cinema in Khanyar camps CRPF while Khayam cinema has been turned into a hospital. Palladium Cinema in Lal Chowk is in ruins and houses a CRPF company. 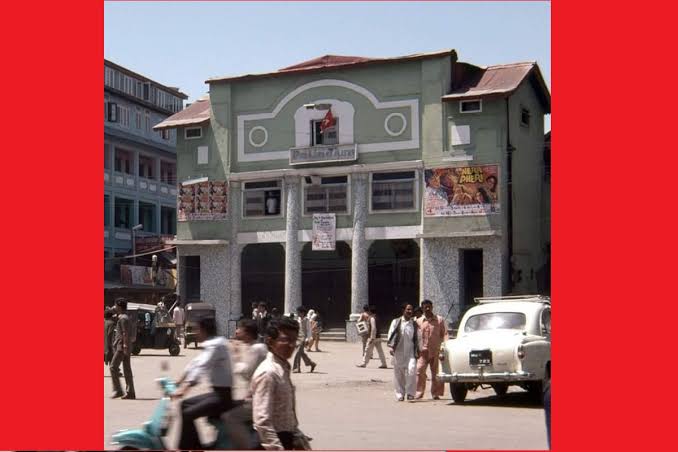 Naaz Cinema has been turned into a shopping center. While there is no doubt about the project running smoothly in the Jammu region, it remains to be seen if it would receive the same response in Kashmir valley keeping in mind the law and order situation in the area.

ALSO READ:   Is comedy a preferred genre in telivision and theatres?