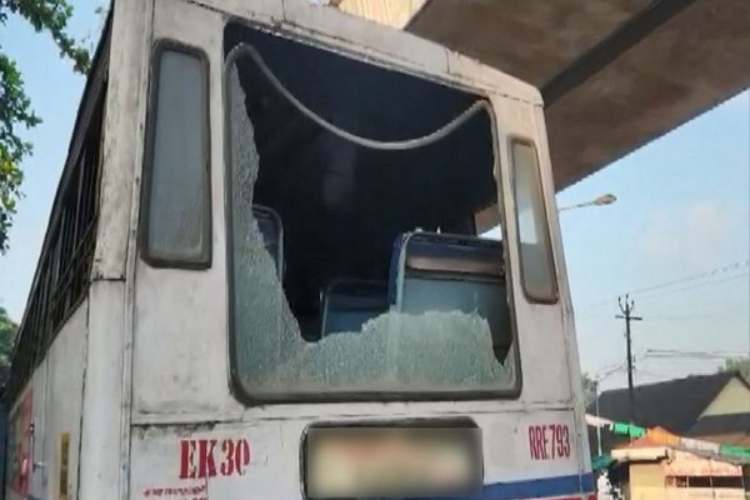 Agitated by the arrest of 19 of its activists by the NIA and ED, the Popular Front of India (PFI) called for 'Kerala bandh' on Friday and resorted to stone pelting.

At several places, the activists forced people to down the shutters of their shops.

As many as 19 PFI activists, including the top brass of their leadership, were arrested as part of an early morning joint operation by the Enforcement Directorate (ED) and National Investigation Agency (NIA) on Thursday.

Even though the Kerala Police had made elaborate arrangements and warned of strict action against those who resort to violence, the PFI activists went on a rampage and pelted stones at numerous places.

There were reports of several buses of the state-owned Kerala State Road Transport Corporation being attacked with stones in certain areas.

Apart from the damage to property, a few of the KSRTC staff members also reportedly suffered injuries in the violent incidents.

Most of the universities in the state have postponed examinations scheduled on Friday.