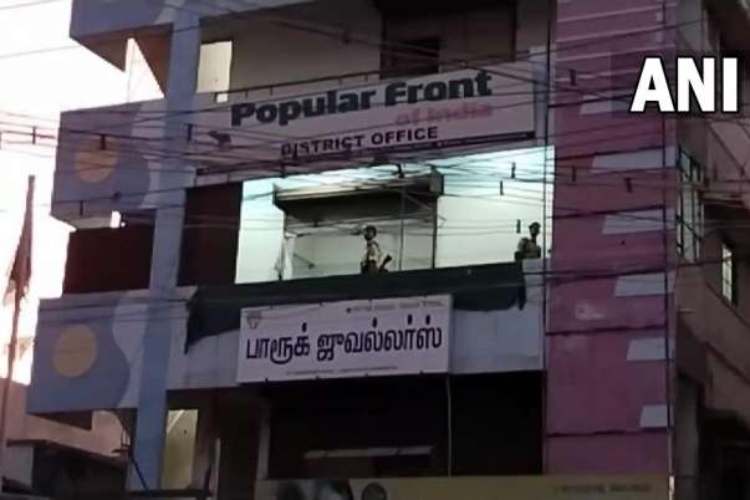 NIA raided PFI offices across the country on Thursday

The All India Pasmanda Muslim Mahaz (AIPMM) has come out openly in support of the action taken by central agencies against Popular Front of India (PFI) members on Thursday.

In a major crackdown on the PFI, the National Investigation Agency (NIA) and the Enforcement Directorate (ED) on Thursday raided premises linked to PFI in 15 states across the country and arrested several of its top leaders and functionaries.

"We welcome the move by the government. We deem that this action has been taken to safeguard the country. The views expressed by the PFI are dangerous. The rallies of PFI and its uniform remind us of Hezbollah, a terrorist organisation," said Muhammad Yunus, executive director, AIPMM.

He said that every citizen of India has the right to express his views, but the way the PFI was carrying out its activities was highly condemnable.

Yunus said the PFI put every Muslim of this country under the lens of agencies due to its activities.

He also said that PFI has insulted Islam and its teachings with its activities.

"PFI was fooling the poor and uneducated Muslim youth. We strongly condemn its acts," he said.