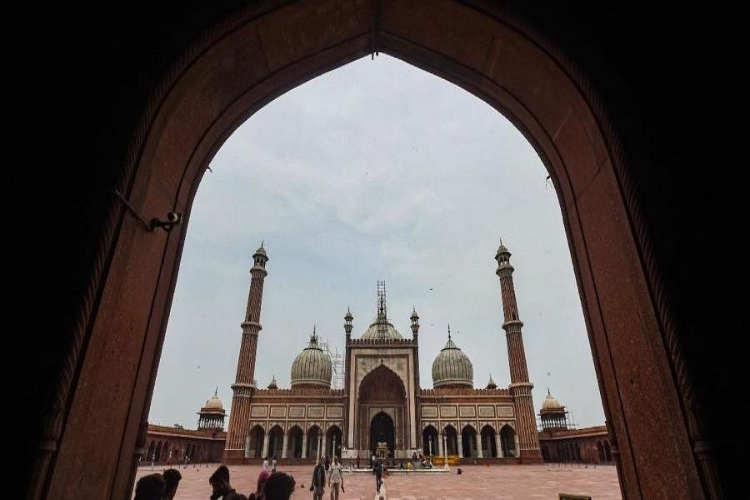 Devotees on Sunday gathered at the Jama Masjid to offer namaz on the occasion of Eid-Al-Adha. Eid al-Adha or Bakra Eid, which is being observed on July 10 this year, is a holy occasion also called the 'festival of sacrifice' and is celebrated on the 10th day of Dhu al-Hijjah, the 12th month of the Islamic or lunar calendar.

It marks the end of the annual Hajj pilgrimage. Every year, the date changes as it's based on the Islamic lunar calendar, which is about 11 days shorter than the Western 365-day Gregorian calendar. Eid al-Adha is an occasion of joy and peace, where people celebrate with their families, let go of past grudges and make meaningful connections with one another. It is celebrated as a commemoration of Prophet Abraham's willingness to sacrifice everything for God.

The history of this occasion traces back to 4,000 years ago when Allah appeared in Prophet Abraham's dream asking him to sacrifice what he loved the most. As per the legends, the Prophet was about to sacrifice his son Isaac when an angel appeared and stopped him from doing so. He was told that God was convinced of his love for him and hence was allowed to make something else as a 'great sacrifice'.

The same story appears in the Bible and is familiar to Jews and Christians. One key difference is that Muslims believe the son was Ishmael rather than Isaac as told in the Old Testament. In Islam, Ishmael is regarded as a prophet and an ancestor of Muhammad. To mark this occasion, Muslims re-enact Ibrahim's obedience with the symbolic sacrifice of a lamb, goat, cow, camel, or another animal that is then divided into threes to be shared equally among family, friends and the needy. Around the world, Eid traditions and festivities vary and different countries have unique cultural approaches to this important festival.

ALSO READ:  “Flavours of food are same across the border...”, home-chef Nighat

In India, Muslims wear new clothes and attend open-air prayer meetings. They may sacrifice a sheep or goat and share the meat with family members, neighbours, and the poor. Several dishes like mutton biryani, Ghosht Haleem, Shami Kebab and mutton korma, along with desserts such as kheer and Sheer Khurma are eaten on this day. Offering charity to the underprivileged is also considered to an important part of Eid al-Adha