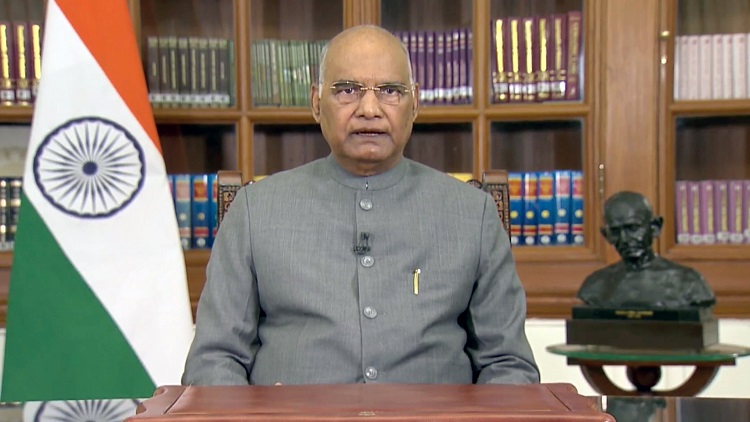 New Delhi: President Ram Nath Kovind on Friday condemned the violence that broke out during the farmers' tractor rally on the occasion of Republic Day.

Addressing a joint sitting of the two Houses of Parliament, President Kovind mentioned that the national flag and the national day were insulted in the past few days, adding that while the constitution provides freedom of expression to all, it also teaches people to follow rules and regulations seriously.

"The national flag and a holy day like Republic Day were insulted in the past few days. The constitution that provides us Freedom of Expression, is the same constitution that teaches us that law and rules have to be followed seriously," he said.

On January 26, protestors broke barricades to enter Delhi and indulged in vandalism across several parts of the national capital during their tractor rally organised to protest against the Centre's three new farm laws.

During the joint session, President Kovind also paid tribute to people who succumbed to COVID-19. He lauded the Central government for its "timely decision" taken by the government during the ongoing COVID-19 pandemic that "saved the lives of lakhs of citizens" and pointed out that the number of new coronavirus cases was going down rapidly in the country.

Rajya Sabha will function from 9 am to 2 pm and Lok Sabha from 4 pm to 9 pm with Zero Hour and Question Hour.