Sufiya Khan paying tributes to Kargil war heroes at Dras
Dras (Kargil)
Ultra-runner Sophia Sufi has paid the tribute to the martyrs of the Kargil War in a unique way. She ran 470 km on dizzy heights and across the rugged terrains from the Siachen Glacier to Dras, Kargil in 6 days and eight hours.
The 35-year-old Sophia was at the Kargil war memorial at Dras, the coldest habitable place in the world today to pay tribute to the fallen soldiers at the War memorial on the 23rd Kargil Vijay Diwas.
Sophia ran from the Siachen Base Camp to Kargil War Memorial at Dras, Kargil starting on July 17. She laid floral tributes and saluted the fallen martyrs on the Kargil Vijay divas day.
Kargil Vijay Diwas is celebrated in memory of the Indian soldiers who laid down their lives in the Kargil war 23 years ago when the Pakistan army had sneaked inside the Indian territory in winter. Sufiya Khan on the run
The Guinness World Record holder completed the 470 km distance in six days and eight hours in a show of her patriotism towards the country.
Sufiya started her run from Siachen on July 17 and reached Dras, Kargil on June 23. It should be noted that during the 470 km campaign, Sophia passed through dangerous routes and adverse conditions.
The race started at an altitude of 3,400 meters and ended at 5,359 meters in Khardung La, where oxygen levels drop from 40 to 60 percent and the temperature to sub-zero degrees.
Sharing her experience on social media Sufiya said, "The trip ended with a standing salute at the Kargil War Memorial, starting from Siachen Base Camp. It was a 6-day, 8-hour expedition filled with adventure and learning opportunities."

Thank you so much for your Support and encouragement for this Run.
It's an honor for me to dedicate this challenge to our Bravehearts who sacrifices everything for us.

Sofia further wrote that. Everyone from the administration to the army tried their best. Overall, everything was done beautifully. Thank you all for being a part of this 'Tribute Run'. Indian Army is grateful for the Kargil Vijay Run.
Hailing from Rajasthan's Ajmer district, Sophia started running in 2018 after quitting her job in the aviation sector. Her name has already been listed in the Guinness Book of Records three times. She has set several benchmarks for ultrarunning in the country. She became the fastest woman to travel from Kashmir to Kanyakumari to score another record that is listed in the world book of records.
Thank you so much for your support and encouragement for this race,” says Sophia.
It is my honour to dedicate this challenge to our brave men who sacrifice everything for us.

Thank you so much for your Support and encouragement for this Run.
It's an honor for me to dedicate this challenge to our Bravehearts who sacrifices everything for us.

Before the race, Sophia said, "Since I have disciplined myself, I have constantly worked towards pushing my limits and motivating people to work."
She says that this run was special and close to my heart and through this run, I needed to pay tribute to the work of our soldiers and their selfless service to the nation.
Kargil Vijay Diwas is celebrated on 26th July every year. It is being organized today in Dras and Kargil. Sufiya Khan at Drass Memorial
The Kargil War was fought from 8 May to 26 July 1999 against Pakistani infiltrators, who crossed the Line of Control into Indian territory in the winter of 1998, bypassing NH1A in the Dras and Batalik sectors of Kargil. Hoy took over the strong defense.
Facing extraordinary odds, overcoming the dangers of near-impossible terrain and extreme weather conditions, the gallant soldiers bravely stormed the fortified areas with unrelenting valor and enthusiasm, thereby winning a stunning victory.
Also Read: Sufiya pays tribute to Kargil martyrs by running 470 km in Ladakh

Earlier on Sunday, several bands performed in a musical show titled "An Evening in the Name of Martyrs" in Dras town to pay tribute to the heroes of the Kargil war.

Local people and army personnel participated in the musical eve 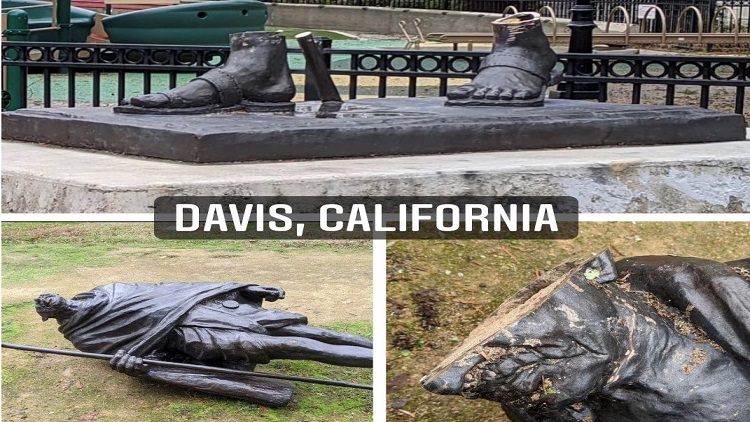