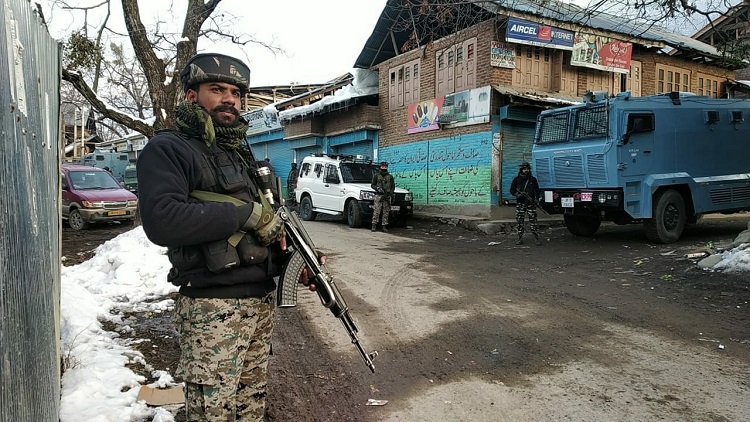 Srinagar: Three unidentified terrorists have been killed in an encounter between militants and security forces at the Tral area in south Kashmir's Pulwama district on Friday, officials said.

The firefight between terrorists and security forces took place on Friday afternoon after the forces cordoned off the area and launched a search operation on the basis of a specific information about the presence of militants in the area.

As the security forces zeroed in on the spot where the terrorists were hiding, they came under a heavy volume of fire that triggered the encounter.

It was a joint operation by the police and the army. Firing has stopped now and the security forces are searching the area.

In another encounter, two armed militants have surrendered during an encounter in Pulwama district of south Kashmir, officials said. The gun battle took place late Friday in Lelhar area. Two AK-47 rifles were recovered from them.

The gunfight between terrorists and security forces began after a cordon and search operation in the area was launched on the basis of specific information about militant presence.

As the security forces zeroed in on the hideout, they came under a heavy volume of fire that triggered the encounter. "Both terrorists surrendered along with their AK-47 rifles before senior officers of police and security forces. One terrorist who was injured in encounter has been shifted to hospital for medical treatment," police said.