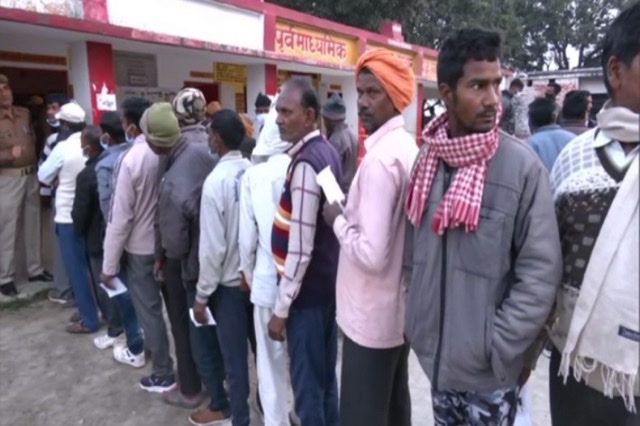 Polling for the fifth phase of Uttar Pradesh Assembly elections began in 61 constituencies at 7 am on Sunday morning.

As many as 692 candidates are in the fray in the fifth phase whose political fate will be decided by around 2.24 crore electorates. The polling will conclude at 6 pm today. The state is witnessing a multi-cornered contest with the ruling Bharatiya Janata Party (BJP), Samajwadi Party (SP), Congress and the Bahujan Samaj Party (BSP) as prime contenders.

In 2017, BJP had won 38 seats out of 55 seats in this region while the SP had retained 15 and the Congress had won two seats. Polling for four phases of the seven-phased Uttar Pradesh Assembly elections has already concluded and the fifth phase is underway today. The remaining two phases will take place on March 3 and March 6.