As we try to understand our politics through the terms of Prime Ministers who held office in the last 75 years, two things stand out. The Congress dominated the national scene between 1966 to 1977 under Indira Gandhi, during which the Emergency lasted for 19 months. Morarji Desai became PM when the Lok Sabha elections were held after the Emergency was lifted. Indira Gandhi had a humiliating defeat.
So the period marked the formation of India's first non-Congress government for the first time since 1947. Congress was completely out of reckoning from power.
If that first non-Congress government had only lasted longer than two years, perhaps, the course of national politics could have been different.
That was not to be. Severe bickering saw Charan Singh taking the help of Indira Gandhi to be PM for just 24 weeks because of his ambition and rivalry with Morarji Desai.
An astute Indira Gandhi caused a fresh election to the Lok Sabha in 1980 which she won easily because the Janata Party rule was seen by people as a complete failure. 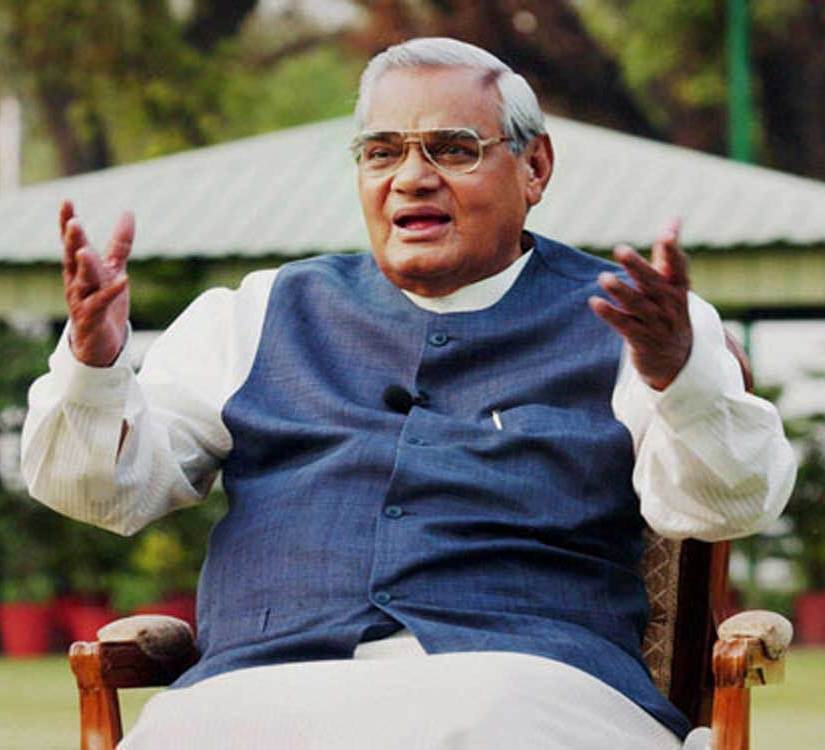 Atal Bihari Vajpayee
Apart from spending too much time going after Indira Gandhi by filing cases against her, the Janata Party leaders who came from various backgrounds were at each other's throats. Morarji Desai also could not get along with most of his colleagues who found him unbearable and stubborn.
Charan Singh and other leaders of the "Socialist" background could not adjust to the Jana Sangh leaders like Atal Bihari Vajpayee and L K Advani. Their association with the Rashtriya Swayamsevak Sangh (RSS) became an irritant and they were told to choose between their ideological mentor and the Janata Party.
As the first Opposition experiment was losing steam, Vajpayee and Advani, and other erstwhile Jana Sangh leaders decided to revive their political outfit in 1980 with a new name: Bharatiya Janata Party (BJP). They promised to provide governance with a difference with a position on the status of Jammu and Kashmir and a motto: justice to all and appeasement to none.
Indira Gandhi's return to the post of PM in January 1980 took place against the backdrop of her rivals trying to pick up pieces of the failed Janata Party experiment. However, within six months, she lost her son Sanjay Gandhi in an air crash near Delhi's Safdarjung airport.
It was a terrible personal blow for her and she needed her eldest son Rajiv Gandhi by her side. So, he quit as a pilot of Indian Airlines, and took charge as a Congress general secretary. He contested from Amethi Lok Sabha seat in the by-election to fill the vacancy caused by the death of his younger brother, Sanjay.
As Indira Gandhi concentrated on fixing the precarious state of the economy, her political problems began to mount again. Punjab was on the boil. Encouraged by local Congress leaders initially to counter the moderate Alkalis, the religious extremists gained strength. They took control of the Golden Temple in Amritsar.
The killing of an IPS officer Avtar Singh Atwal, who was a Deputy Inspector General in Punjab Police, by a follower of Jarnail Singh Bhindranwale at the steps of Golden temple while coming out after prayers in 1983 set in motion a chain of events. That led to the commencement of Operation Blue Star between June 1 to 10, 1984. The Army was asked to flush out the militants. However, the after-effects of the military action in the Silks' holiest shrine refused to die easily. As she tackled them one by one, Indira Gandhi fell to the bullets fired by her security guards in her official residence in Delhi on October 31 of 1994. 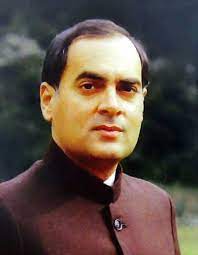 Rajiv Gandhi
Rajiv Gandhi stepped into her shoes to become PM amid the chaos that saw one of the worst anti-Sikh riots. Public anger over Indira Gandhi's assassination saw mobs going berserk. In December 1980, Rajiv Gandhi led the Congress to secure the largest Lok Sabha majority to date, winning 411 out of 542 seats. The Opposition was decimated in the political tsunami generated by his mother's assassination.
However, Rajiv Gandhi's period in office was mired in one controversy after another. There was the Bhopal gas disaster in December 1984. In 1987, the Bofors scandal over payoffs for the purchase of field guns from Sweden engulfed him and Congress. On the external front, he sent Indian peacekeeping troops to Sri Lanka in 1987, leading to open conflict with the Liberation Tigers of Tamil Eelam (LTTE). But it was the Bofors scandal that damaged his corruption-free image, resulting in a major defeat for his party in the 1989 parliamentary elections.
Thus, was born the second non-Congress government at the center. Vishwanath Pratap Singh or V P Singh who became the face of the anti-Congress movement (in the wake of the Bofors scandal) became PM. That was because Singh had resigned as defense minister from the Rajiv Gandhi ministry when the Bofors scandal came to light. In 1988, he and other leaders formed the Janata Dal by merging various factions of the Janata Party.
In the 1989 elections, V P Singh led the National Front and took the support of the Bharatiya Janata Party (BJP) and the Left to become the next PM. It was indeed a unique experiment with Singh promising a big war on corruption. However, during his tenure, he had to contend with an ambitious Devi Lal who was the Deputy PM.
So, he removed the dust off the files of the Mandal Commission report and implemented a quota for India's backward castes, which led to major protests on the streets against reservation. During his term, the kidnapping of Rubaiya Sayeed, daughter of Union Home Minister Mufti Mohammed Sayeed, happened and the terrorists were released for securing her release. In 1990 the infamous exodus of Kashmiri Hindus also happened from the valley of Kashmir.
The rise of "Mandal politics" saw the BJP picking up the "Kamandal." BJP leader L K Advani embarked on a rath yatra for the Ram temple in Ayodhya. Ultimately, Advani's yatra was stopped and he was arrested by Lalu Prasad Yadav who was Bihar CM in his state. The BJP withdrew its support for the National Front. Subsequently, V P Singh's government lost the vote of no-confidence and he resigned on November 7, 1990. Singh's PM tenure lasted only 343 days.
Thereafter, Rajiv Gandhi, as the leader of the Opposition, tempted Chandra Shekhar, who was upset over V P Singh edging past him, to become PM. He started the next government with the support of his 64 MPs (of a breakaway faction of the Janata Dal) with outside support from Congress. His tenure too lasted only seven months, the second shortest period after that of Charan Singh. Congress withdrew support for him on a flimsy pretext. He continued as a caretaker PM till the Lok Sabha polls in 1991. 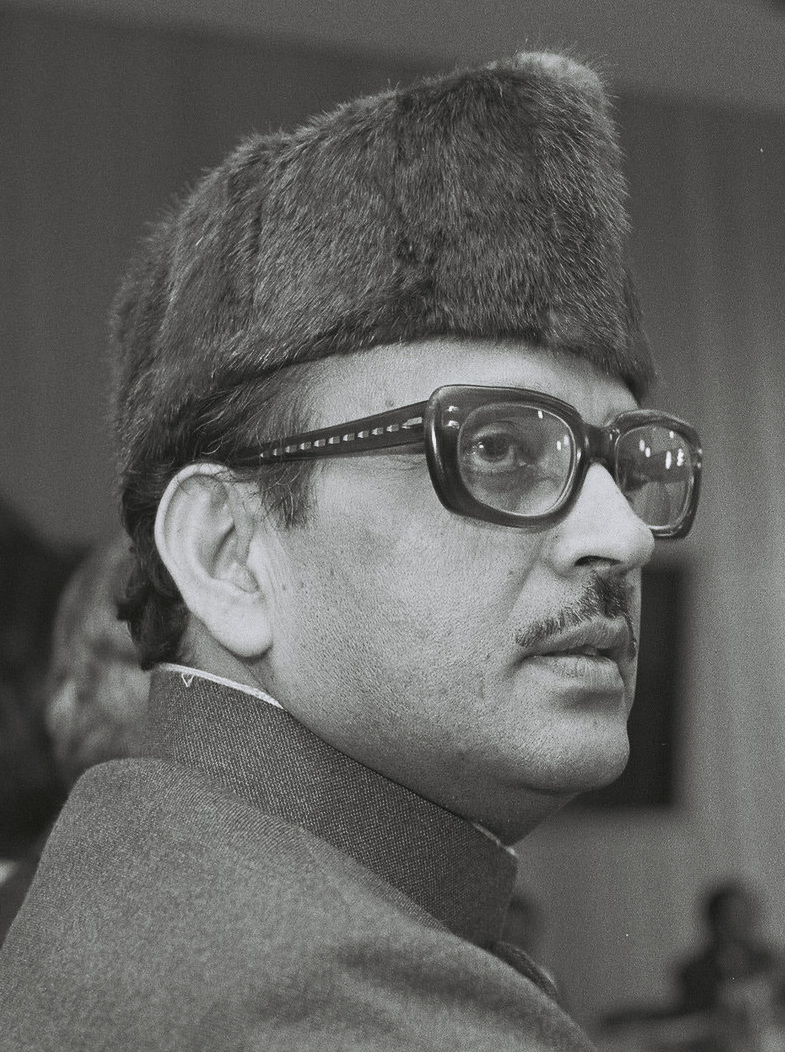 V P Singh
But as the campaign began for the polls and the first three rounds of voting had taken place, Rajiv Gandhi was killed by a human bomb.
The results threw up a mixed house. The next PM was a surprise choice. It was P V Narasimha Rao who had nearly retired from political life. But Rajiv Gandhi's assassination saw him back in action as the one who would lead a minority government. He managed to achieve a lot of things, including major economic reforms.
Rao was the first person outside the Nehru-Gandhi family to serve as PM for five continuous years, the first to hail from Andhra Pradesh, and also the first from Southern India. Rao had to usher in reforms out of compulsion. India had to overcome the financial crisis.
Appointing Dr Manmohan Singh as his finance minister, Rao opened up the country to foreign investment, reformed capital markets, deregulated domestic business, and changed the trade regime. Rao wanted to cut the fiscal deficit, privatize the public sector and increase investment in infrastructure.
A dark side to his tenure was, however, the demolition of the Babri Masjid in 1992. Corruption charges also flew thick during the period in the wake of Harshad Mehta's accusation that he had paid a bribe to Rao. So, in the 1996 Lok Sabha polls, Congress lost power.
Atal Bihari Vajpayee staked claim to form the government because the BJP emerged as the single largest party in Parliament. President Shankar Dayal Sharma invited Vajpayee to form the government, swearing him in as PM. But Vajpayee failed to muster a majority and had to resign after being in office for 13 days.
Between 1996 and 1998, Congress again propped up anti-BJP governments-- by providing outside support first to H D Deve Gowda and then to I K Gujral who led the United Front. The Left was also a participant. But the alleged role of the DMK in the assassination of Rajiv Gandhi became a hot issue due to the Jain Commission's report, forcing Congress to withdraw support to Gujral who refused to ask the DMK ministers to quit his government.
After the 1998 Lok Sabha polls, Vajpayee was back at the helm of a BJP-led NDA government with the support of Jayalalithaa who withdrew support within a year leading to fresh polls.
Vajpayee returned to power as leader of the NDA after the 1999 polls. He faced numerous troubles but he managed to achieve a lot despite the lack of a full majority.
In 1998, Vajpyee conducted India's second nuclear test and repulsed invaders in Kargil before which he rode a bus to Lahore for a handshake with then Pakistan PM Nawaz Sharif. The Kargil War of 1999 was a major turning point.
Vajpayee completed his term in 2004 furthering the liberalization of the Rao era. But the BJP could not get a second term.
Sonia Gandhi as Congress president brought together all opposition parties to form a government under Dr Manmohan Singh who remained the PM for ten years till 2014. She could have been the PM herself but for Dr Subramanian Swamy's campaign against her and the BJP's vocal opposition, citing her Italian background.
Dr Singh's tenure was bedeviled by scams of huge proportions, which cost Congress heavily. 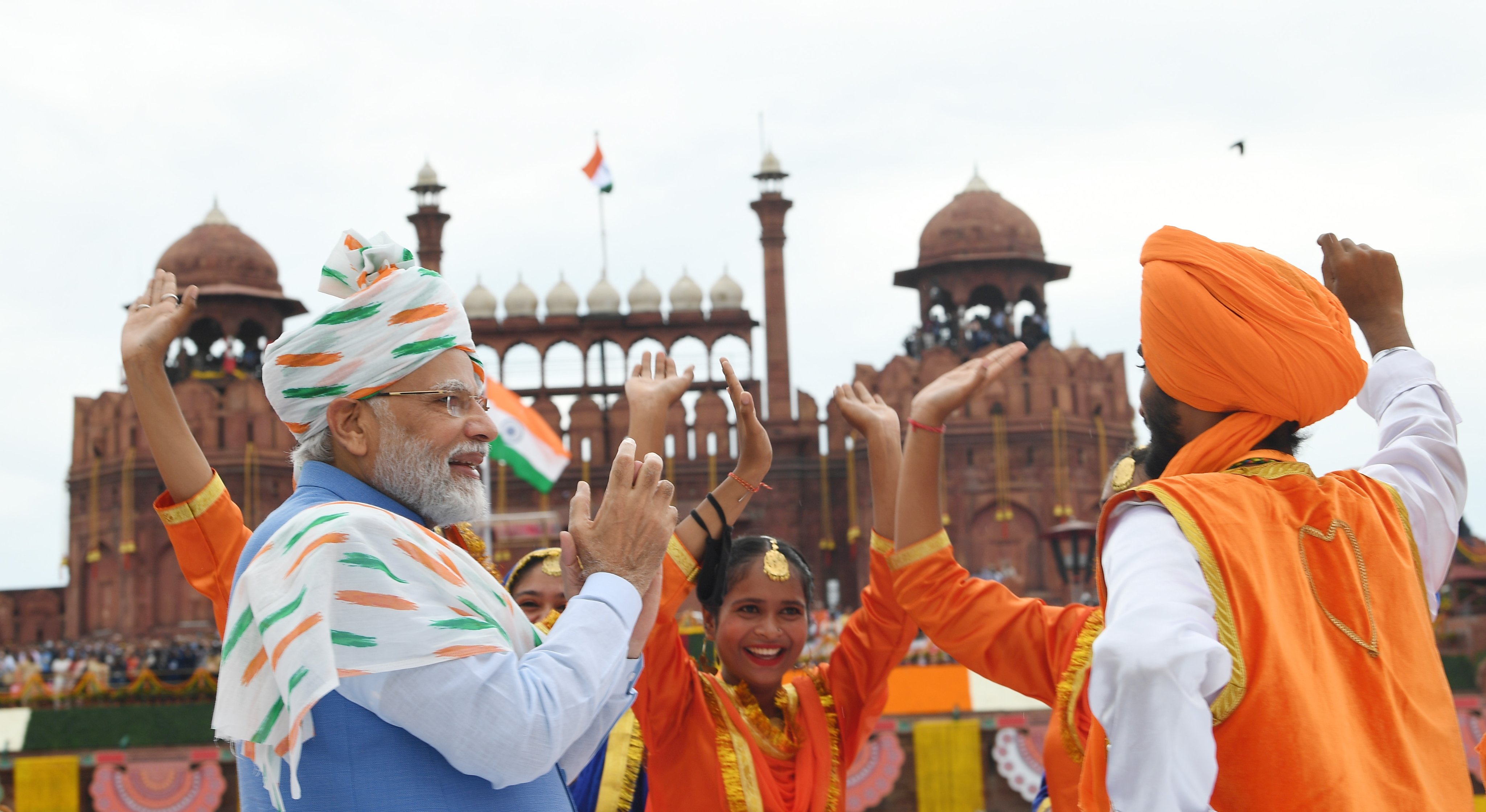 Prime Minister Narendra Modi
Finally, Narendra Modi as Gujarat CM emerged as the main challenger in 2014. For the first time for any single party since 1984, the BJP secured an absolute majority under Modi's leadership in the Lok Sabha polls held that year.
Modi promised big changes in the quality of governance, launching several schemes for the poor. His big-ticket reforms also saw the BJP gaining strength under his leadership. Despite several problems. Modi again won a renewed mandate in 2019, much to the shock of the Opposition that seemed to lose track because of leaders like Rahul Gandhi.
Also Read:Politics through Prime Ministers' and not just political parties - 1

Modi's tenure saw the revocation of the special status of Jammu and Kashmir, the introduction of the Citizenship Amendment Act, and three controversial farm laws, which were later withdrawn due to protests from farmers. Since then, Modi remains a key figure around which India's politics continues to revolve. The BJP remains the dominant pole just as Congress was once. Modi has created a new constituency of "labarthis" or beneficiaries with his government's schemes for building houses with all facilities including electricity, gas connection, piped water supply, and toilets. His leadership has ensured that the BJP wins in the states too.