Imran Khan speaking to media person from his hospital bed 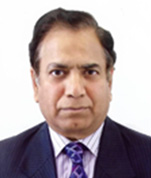 The debt-ridden Islamic Republic of Pakistan is going from one to another crisis and there is no sign of respite or recovery. As if the historic economic slowdown was not enough, the devastating floods which, according to the country’s Finance Minister Dar, have killed more than 1,600 persons and pushed the nation back by at least US $ 300 billion (only a little less that its GDP of $ 346 billion)

in consequent damages, added to the current woes of Pakistan. And to top this, the political turmoil, which started in April this year with the unceremonious exit of Pakistan’s former exalted cricket captain, turned ugly just two days ago.

The long march, planned by Imran Khan was disturbed by firing on him somewhere between Gujranwala and Wazirabad in Punjab in which the PTI leader received injuries. Surprisingly, this attack took place in Punjab where the PTI-led government had already made elaborate arrangements for Imran’s security (the march was organized within Punjab to ensure no security lapse).

Though the federal government had ordered a high-level inquiry into the incident, Imran’s supporters are up in arms against the “establishment” (Read Army) which has been a butt of PTI’s criticism since Imran Khan Niyazi was ousted. Notably just a few days back, the ousted prime minister had warned of the bloodshed in Pakistan in response to Home Minister Rana Sanaullah’s demand that PTI gives an undertaking that their cadres will not resort to any unlawful activities once the march reached Islamabad.

As per the reports in the Pakistani media, soon after the incident, the Chief Minister of Punjab, Chaudhary Parvez Ilahi visited his wounded leader in Shaukat Khanam Hospital and directed the IGP to publicly announce the names of three persons - Prime Minister Shahbaz Sharif, Home Minister Ran Sanaullah and Major General Faizal Nasir of ISI - 'directly inviolved in the attack - publically. I

t is surprising that within one hour of the incident, a Chief Minister names the suspected culprits without any inquiry! The attack sparked protests which are more likely to turn violent and the PTI too will have to share its responsibility for it as is clear from the instigating warning issued by Ali Amin Gandapur, a PTI leader from KP: "We will not have any lihaaz (respect) for the red line in Islamabad now."  One remembers the same person had earlier called the PTI cadres to be ready with weapons!

The narrative created by the PTI in this attack needs to be examined. Firstly, every such action has to have a motive. Who would benefit from such an attack? Certainly, not the Government, for it would be suicidal for it to carry on or direct any such attack when it had the option of waiting Khan to reach Islamabad and arrest him for disturbing the law- and order.

The same holds true for the Pakistan Army. In the recent press conference of the ISI's Director General has a clue. DG clarified ISI's position on the so-called ‘Foreign Conspiracy” case and turning tables on Imran Khan who has beeb peddling a narrative about the reason for his ouster. Khan has been on the backfoot for some time and also raised the fear of ‘blood shed’. However, the possibility of the Army clandestinely trying to create disturbances to prepare the stage for a takeover in the name of controlling the fast deteriorating economic and law and order situation in Pakistan also cannot be ruled out. This will give the army a perfect excuse for intervention despite its repeated assurance not to meddle in politics.

Now let us examine who mainly stands to gain from this attack - PTI and its leader Imran. Creation of a narrative of bloodshed followed by the attack and the irresponsible and incendiary outbursts by PTI leaders threatening not following the law of the land to cast a shadow on their role. The firing was reportedly done from the second floor of a building from where the assailant could have easily marked Imran but he was shot at in his foot. In fact Khan's injuries are due to the splinters of the windscreen of a vehicle that was hit by a bullet.

Certainly, it was not an AK-47 (as claimed by the PTI) which does not use bullets throwing splinters. The question now is whether PTI would deliberately take the risk of “managing” the attack, which could have been life-threatening had the bullet hit Imran a little higher on his body. Moreover, the person caught for the attempt (another assailant was reportedly shot dead on the spot) had only a pistol which was not used. All these, coupled with the dramatics that Imran is known for, can indicate the possibility of a calculated risk having been taken by the PTI leadership to gain instant sympathy for Imran in wake of questions being asked about his intentions to go to any extent to regain the power.

However, the truth will come out of a inquiry, but again, the PTI is likely to reject any such findings.In the meanwhile the long march will continue and more political drama is likely to unfold.

Meanwhile, Pakistan continues to reel under the economic crisis. A recent Gallop poll conducted in Pakistan (and published in Dawn) showed that the Business Confidence Index in the country has gone down by a whopping 75% in the last four quarters of the year. The November 1 issue of Dawn mentions that the inflation in October this year has reached a record high of 26.6% as compared with 13% in January only with the prices of perishable food has risen to 70.47% during the period. The poor rural sector is worse hit with inflation going to 29.58%. Under the pressure from the IMF, which had agreed in June to give a rescue package to Pakistan, fuel prices are being raised by Rs. 5 every month for ten months giving further buoyancy to the overall inflation.

In the wake of these disturbances back home, PM Shahbaz Sharif paid his maiden visit to China on November 1 apparently to beg the latter for a rescue package. Though the exact outcome of the economic bailout given, if any, is not known, as usual, the mention of Jammu and Kashmir in para 34 of the 47 para- long Joint Statement issued after the visit and the mention of the BRI project passing through the POK expectedly drew sharp criticism from the GOI which strongly objected to statement on Indian territory.

Another interesting development was the news that China would investigate the deaths of its citizens working in Pakistan for various BRI projects. The news also is that China will establish its posts along all the BRI projects to ensure the safety of its workers. Pakistan’s silence on this evident intervention of Chine in the internal law and order problem in Pakistan amply shows how meekly the latter has surrendered its sovereignty to the dictates of its ‘all-weather’ friend.

The coming days are going to be very crucial for Pakistan which had been marred by direct military rule for almost half of its independent existence and by the proxy government installed by the army for the rest of the period. The systematic loot of the army, and the civilian government which, for most of its existence, proved inefficient and corrupt to the core has brought Pakistan to the current situation.

ALSO READ: What made Kashmiri youth lose memory of horrors of kabali raid?

This country with a fast-sliding economy will not last long until it is led by a strong civilian government committed to uplifting the country against the dynastic rule of a handful of leaders calling the shots. As they say, Pakistan is being ruled by the Allah and Army and not by Awaam.