The world should take on China through Tibet 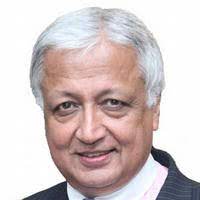 Tibet was once the center of a vast empire; the most feared political power in Asia in the 8th century. For a short period in 755 CE, Tibetans even captured Chang'an, then the capital of China, chasing the Chinese emperor and his court from the city. In this piece on Tibet, I shall not go into its hoary past, nor recapitulate the events that led to its occupation by Communist China or the Dalai Lama’s flight to India as Wikipedia will tell you that.

Thanks to China’s conceit, Tibet is back in focus, an example of Robert Merton’s famous law of unintended consequences. A Bill was introduced in the US Congress late last year to recognize Tibet as an independent country. 1947-1950 was a period of idealism and excitement. India had humbled the mightiest empire in world. In 1949, Communist Chinese booted out a system perceived as corrupt, repressive, unjust, unequal, and exploitative. The prevailing fantasy was that together India and China would shape the emerging world order.

Since Pakistan had tried to snatch Kashmir in 1948-1948, and was supported by the West, Jawaharlal Nehru preferred to be friendly with China despite his misgivings about its intentions. In October 1950 China invaded Tibet. According to declassified records, and recollections of some, Lhasa asked us for military help. We could not do much. The UN condemned the invasion then got busy with other issues

In 1951, to give it a veneer of legality, a 17-point agreement between Tibet and China was forced on Tibetans. It promised to protect their culture, value, religion, language, structures – in short one country two systems!

It was violated almost immediately. In 1959, the Dalai Lama formally repudiated the deal, “since China herself had broken the terms of her own agreement.” During the Cultural revolution, China banned the 15th century Monlam Festival, Tibet’s greatest one. Its main objective is to pray for the spread of dharma and world peace.

Mao’s Cultural Revolution unleashed in 1966 to eliminate his enemies in China, sought to destroy Tibet’s religion, culture and identity. By the mid-1960s conditions in Tibet continued to deteriorate. A third International Commission of Jurists (ICJ) report, Continued Violations of Human Rights in Tibet, was published in December 1966, and highlighted “a continuance of ill-treatment of many monks, lamas, and other religious figures, resulting in death through excessive torture, beatings, starvation and forced labour.”

By the time the Cultural Revolution ended in 1976 and Mao died, over 6,000 monasteries and religious institutions had been destroyed I Tibet. In the 1950s the Tibet question was all but forgotten. In the 1960s, we formally fell out with China; the illusion of bhai bhai was shattered.

During 1956-1972, Tibetans rebelled against the Chinese government in eastern Tibet. The CIA trained Tibetans in the US and parachuted them back into Tibet. The US withdrew support for Tibet after USA get into bed with China in 1972.

In the early decades, India was preoccupied with the Naxal movement (encouraged by China), and insurgencies in the Northeast. Some tormented and semi-literate Indians started shouting Lal Salaam.

In 2003, India recognized the Tibetan Autonomous Region as part of China (as quid pro quo for China’s acceptance of Sikkim’s reality) and promised that we would not allow Tibetans to engage in anti-China political activities in India.

From 2010, China began to reveal its true face in the South China Sea, aggressive, manipulative, arrogant, power-obsessed. All that nonsense about the “peaceful rise” of China was firmly exposed as a dumb charade. Then came the climacteric in 2020. China overplayed its hand. India stood up to China and the world came together against China’s aggression

No one is under any illusion that the USA was going to take a radically different approach to China – Donald Trump has permanently changed that narrative. China is frightened, as it always sees its territorial integrity as fragile. Children in Chinese schools are still taught that China’s borders are somewhere out there, and will be reclaimed in due course.

In the two decades after the end of the Second World War, the West was focused on the revival of Europe and the East on decolonization. Almost all nations overlooked the colonization of Tibet and Xinjiang. In 1959, the Chinese Communist Party Central Committee circulated a Xinhua News Agency internal report on how "the revolts in the Tibetan region have gathered pace and developed into a nearly full-scale rebellion.”

Mao cynically responded: "More chaotic Tibet becomes the better; for it will help train our troops and toughen the masses... (it) will provide a sufficient reason to crush the rebellion and carry out reforms in the future.”  After the 1959 Tibetan uprising, martial law was imposed in Lhasa till 1990.

In the 1970s China opened up, and the world was fascinated. From the 1980-2010s, China’s “repeating rifle” explosive growth mesmerized everybody. Tibet remained off the radar, sacrificed at the altar of economic expediency.

In 1996 European Union (EU) Parliament condemned China for its repression of Tibetans. In 1989 the Dalai Lama won the Nobel Peace Prize. The UN General Assembly condemned China’s disrespect for human rights in Tibet then looked elsewhere. Happily, Tibet’s clock, frozen for well over half a century, now ticks again.

Monasteries play a key role in Tibetan society. As centers of religion, they not only minister to the spiritual needs of their lay communities but also preserve and propagate religious and scholarly traditions

In late December 2020, US President Donald Trump signed off on the Tibet Policy and Support Act that reaffirms the right of Tibetans to choose a successor to the Dalai Lama, a move described by the Tibetan government-in-exile as a “powerful message of hope and justice” to Tibetans living in Tibet. Howling in protest, the Chinese Foreign Ministry called it an attempt to meddle in China’s affairs

The US law that aims to build an international coalition to ensure that China does not interfere with the selection of the next Dalai came against the backdrop of Beijing appointing its own Panchen Lama after arresting a boy Gedhun Choekyi Nyima in May 1995 who was identified by the Dalai Lama as the reincarnation of the Panchen Lama, the second-most senior figure in Tibetan Buddhism’s largest school.

The Panchen Lama became the world’s youngest political prisoner. He was just six when he disappeared

In January 2021, the US House of Representatives passed a Bill that authorises financial and travel sanctions against Chinese officials who interfere in the process of selecting the successor to the Dalai Lama Tibet

China’s sense of religion is absurd; it calls Hafiz Saeed a revered Islamic scholar and Dalai Lama a terrorist and splitter.

China has invested massively in infrastructure in Tibet, but failed to win the loyalty of the people. History tells us that the Baltic Republics, the most developed, were the first to secede from the USSR in 1991.

China has an inherent flaw. It seeks to impose uniformity by suppressing its minorities. It should know that 1.35 billion Indians speak 22 official languages and practice the world’s six major religions while 1.4 billion Chinese are being compelled to speak Mandarin and practice the Communist religion.

In October 2020, the Pew Research Centre said that ¾ of people in industrialized countries had a negative view of China. Today, Beijing is a pariah, isolated and bewildered.

The world must emasculate China, militarily, politically, economically, if it is to prevent another cataclysm like those of 1914-1919 and 1939-1945. If Tibet goes its own way, China will either break up or dump Communism, and the world will be a safer place.