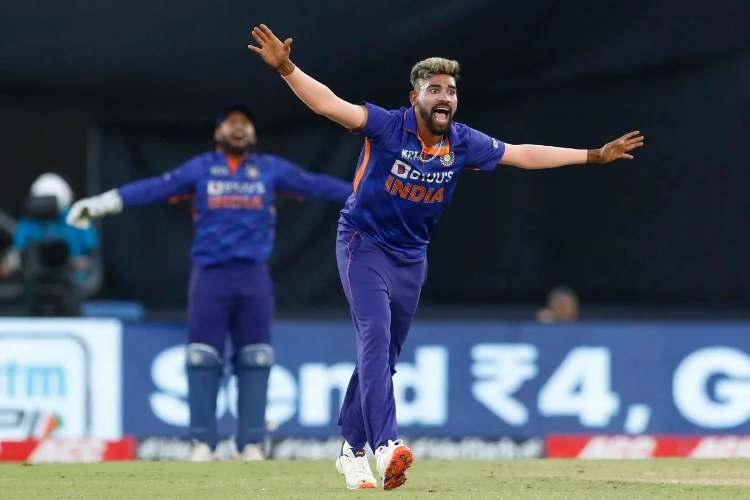 Mohammed Siraj has been named as a replacement for injured Jasprit Bumrah for the remainder of the T20I series against South Africa.

Bumrah has sustained a back injury and is currently under the supervision of the BCCI Medical Team.

The Rohit Sharma led side will next face Proteas in the second T20I in Guwahati on Sunday followed by third T20I in Indore on Tuesday.

India's star pacer Jasprit Bumrah is likely to be ruled out of the upcoming T20 World Cup, starting on October 16. India starts its campaign against Pakistan on October 23.

Bumrah, who was also ruled out of the Asia Cup 2022 due to his back problem, and was training at the National Cricket Academy, played the last two T20Is against Australia.