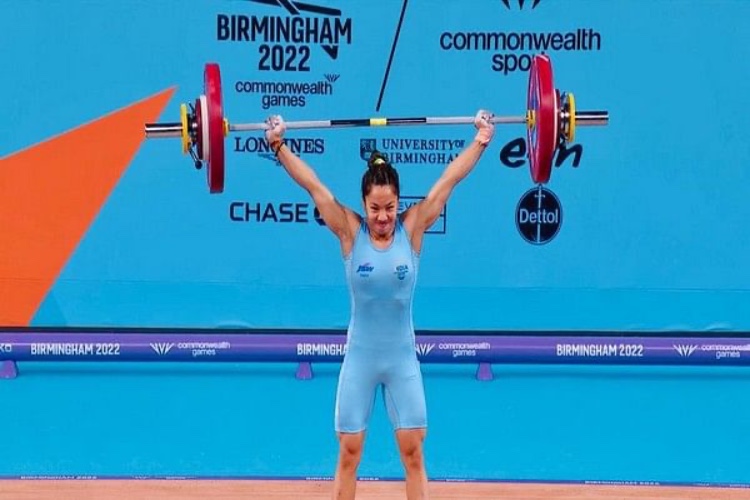 Tokyo 2020 Olympics silver medallist competing in the Women's 49kg category, lifted a total of 201kgs including a personal best of 88kg in snatch, to win the contest by some margin. Roilya Ranaivosoa of Mauritania won silver with a total lift of 172kgs while Canada's Hannah Kaminski won bronze with a total of 171kgs to her name.

The Indian stars overall lift of 201kgs is a new CWG record while her snatch effort was also a CWG as well as a Commonwealth record. The result was never in doubt with quite a difference in standards between the Indian champion and the rest of the field, but it still had to be won and the Manipuri weightlifting star uncorked a champagne performance on a day India opened its medal count bagging one of every colour and all three from the sport of Weightlifting.

It started with a heroic silver from Sanket Mahadev Sargar in the Men's 55kg class when, with an injured shoulder in the end, he went down to Malaysia's Mohamad Aniq Bin Kasdan by just 1kg.

Sanket lifted 113 in snatch and 135 in clean and jerk for a total lift to 248kgs. Bin Kasdan, gave away a six-kilogram advantage to Sanket in the snatch, but then lifted a superb CWG record 142kgs in clean and jerk, to secure Malaysia's first gold from weightlifting on the day. The bronze came India's way from the Men's 61kg category when Gururaja lifted 269kgs overall to edge out Canada's Youri Simrad by one in a nail-biting contest.

Gururaja lifted 118kg in snatch and 151kg in clean and jerk. Aznil Bin Bidin Muhamad won Malaysia their day's second weightlifting gold, lifting a total of 285kgs for a new CWG record. His efforts of 127 in snatch and 158 in clean and jerk were also CWG records. Morea Baru of Papua New Guinea won silver with an overall lift of 273kgs. While Bindyarani Devi bagged a silver in the women's 55 kg final. At the NEC Hall 3, the venue of the Table Tennis competitions, Indian paddlers continued their smooth run in the group stages with facile victories in both the Women's and Men's Team competitions.

At the University of Birmingham Hockey and Squash centre, India's world number 15 Saurav Ghosal had a positive start to his campaign with a fluent 3-0 win over Sri Lankan Shamil Wakeel. Day two also saw the commencement of the Athletics events with the Men's and Women's Marathons starting the proceedings. India's Nitendra Singh Rawat finished 12th in the Men's Marathon clocking a time of 2:19:22 hrs. Victor Kiplangat of Uganda won gold with a time of 2.10.55 hrs. Boxer Lovlina Borgohain comfortably won her bout to reach the quarter-final.

The women's hockey team beat Wales 3-1 thanks to a brace from Vandana Katariya to lead the group standings. India also notched up a second win in Boxing with Md. Husamuddin won comfortably against Amzolele Dyeyi of South Africa by a unanimous 5-0 margin. The Indian badminton mixed team featuring PV Sindhu and Kidambi Srikanth also reached the quarter-finals. India also had a few victories in Lawn Bowls on the day with the pair of Dinesh Kumar and Sunil Bahadur getting the better of Cook Islands 15-8 in Men's Pairs Section C Group E match.

The exceptional @mirabai_chanu makes India proud once again! Every Indian is delighted that she’s won a Gold and set a new Commonwealth record at the Birmingham Games. Her success inspires several Indians, especially budding athletes. pic.twitter.com/e1vtmKnD65

This was their second victory in the competition. In Cycling India's Mayuri Lute finished 20th and Triyasha Paul 23rd in the Women's Sprint qualifiers while Meenakshi ended 15th in Women's 3000m Individual Pursuit qualifiers. In the Men's 4000m Individual Pursuit qualifiers Vishavjeet Singh was 18th while Dinesh Kumar finished in 19th spot. In the Men's Keirin, David Beckham finished fourth in Heat-2 while Esow Alben was relegated in Heat-4.

The last two named also finished second in the Repachages to bow out. Tania Choudhury continued to have a tough time in Women's Singles Sectional Play in Lawn Bowls, suffering yet another loss, this time going down 10-21 to Wales' Laura Daniels in a Group B match Ruthuja Nataraj qualified for the all-around finals after finishing 16th in the qualifiers. Pranati Nayak finished second in vault apparatus and qualified for the vault finals. She is also the second reserve for the all-around finals.

Bumrah 'gutted' to miss out on T20 World Cup 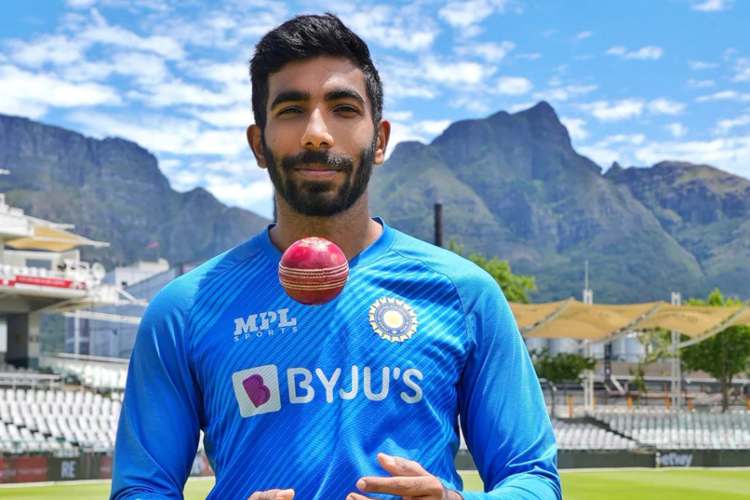