Sara Pilot and Lora Prabhu with some of the girls who are part of the project.
Raavi Dwivedi/New Delhi

The game of football is changing the mindset of the people in the Muslim-dominated areas like Jamia Nagar (Delhi), Mewat (Haryana), and Alwar (Rajasthan). This is the initiative of activists Lora Prabhu, and Sara Pilot, co-founders of the non-governmental organization Cequin.
Cequin i.e. Center for Equity and Inclusion was started in 2009 by Lora Prabhu and Sara Pilot, who had worked for UNIFEM, an organ of the United Nations. Lara calls Cequin her third child. She says that her organization is encouraging women and girls, especially in the Muslim-dominated areas, to raise their voices for their rights and become self-reliant in making their decisions. 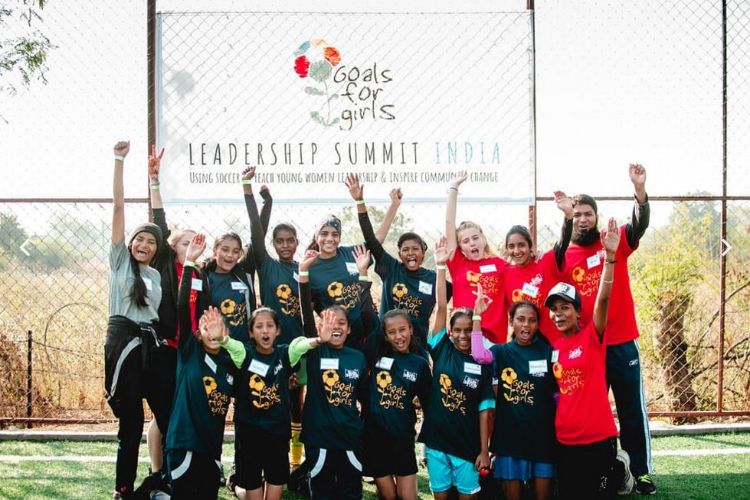 Girls participating in the Leadership programme of Cequin
Lora says, “We don’t just talk about equity; we talk about sharing equally. This is possible only when we make people truly self-reliant by providing equal opportunities.” With this idea, the Kickstart Equality program of Coeuin was launched in 2011. In this, girls coming from poor and orthodox Muslim families in the Jamia area were inspired to play football. Initially, they were hesitant; even the members f their families did not like their playing.
However, today Lora says that even she never imagined that her initiative would make such a deep impact. This game not only inspired the girls to claim their rights over the parks located in the street but also gave them confidence. The game has changed their way of living, and dressing. According to Lora, they never told the girls how they should dress and play football. Initially, the girls were worried about handling her hijab or dupatta. Gradually each one adapted her style to deal with their dilemma. Today when the girls play wearing sportswear in the locality parks their relatives and neighbours look at them with pride. The girls have started taking their decisions. 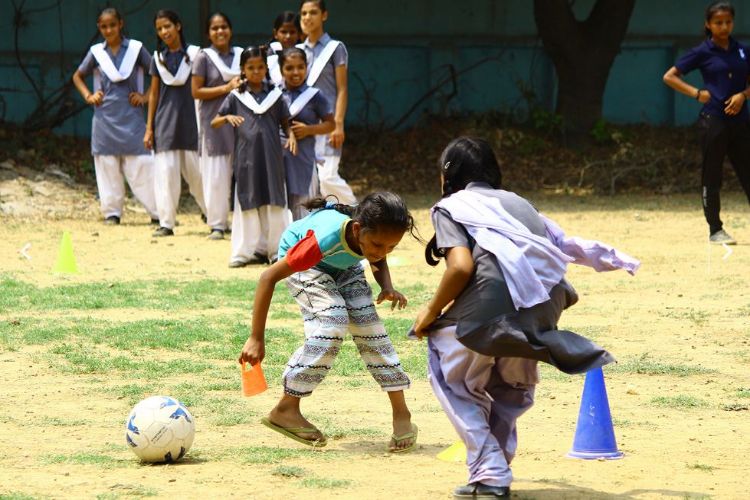 Girls playing football in Alwar. Rajasthan
This game of football is not only adding to their self-confidence, they have also begun to claim their rights and think of the possibility of a career in sports.Giving an instance, Lora quotes one particular case:
Sahiba’s father was finding it hard to manage a family of six children with his income from a small shop. Saiba was a shy girl. When she became a part of the Kickstart Equity Program in 2014, her father did not like it though her mother supported her. The game of football not only filled Saiba with confidence but also changed her parent’s thinking. The father no longer ignored her. He started taking his opinion in running the household. Saiba has today a licensed football coach in institutes like Hindustan Academy, and Bhaichung Bhutia Football Academy. She also runs the leadership training programs of Cequin for girls. She also runs training programmes in collaboration with various football clubs in countries like America, the UK. Like Sahiba, many girls have become football coaches. Sara Pilot and Lora Prabhu with budding footballers.
Some of the girls have also been playing at the national and international levels. Delhi's Avika Singh, the vice-captain of the Under-17 Indian Women's team, is also a product of Cequin programme in the Muslim-dominated area.
Lora started the football program for girls in 2011 in Jamia with 25 girls. Today the organization has 24,000 women associated with it. The Cequin organized the Interschool Football Tournament in Delhi in 2014 and it was an important milestone for them; it also played a role in the formation of the National Alliance for Women's Football in India in 2018 and is its convener. It was due to the efforts of this organization that India was chosen to host the Under-17 FIFA Women's World Cup 2020. However, due to the Covid-19 pandemic, the event was not held. The Under-17 FIFA Women's World Cup is to be organized in India in October. Also, it was behind the Under-13 School Girls Football League in Delhi.
In 2019, the organization was rated as the Best NGO by FICCI under the 'Promoting Gender Diversity through Football' award and Football Delhi's Football Development Award. 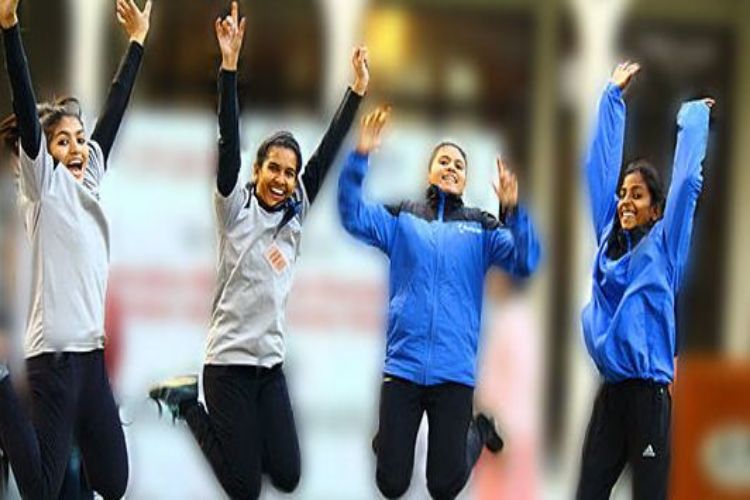 Girl footballers celebrating after a victory
Lora, who comes from a diverse background. Her father is a Tamil, mother a Punjabi and her husband a Christian; she has spent her childhood in Bengal and later studied and worked as a journalist in Delhi.
Lora started her organization from a corner of the canteen of the Jamia Milia Islamia University. Sometimes she and Sara, wife of Congress leader Sachin Pilot, would go do their work sitting in the pathways along the roads. She was questioned for leaving her job with the UNIFEM. All that didn’t ebb her enthusiasm. Initially, she had to face the indifference of the locals in the Jamia area. She also worked in the areas of domestic violence, women's oppression. Girls in a football field
After her Kickstart programme took off in Jamia she shifted to other Muslim-dominated areas like Mewat and Alwar.

Lora finds that roping in girls in Mewat is much more challenging due to the ultra-conservative society. Though she says it will take longer in getting results in Mewat she is happy to see the positive change in the attitude of people about girls' education. 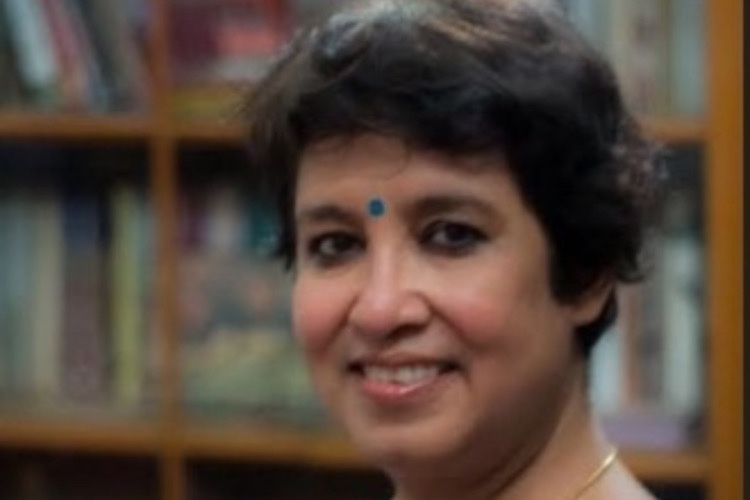