India’s Ambassador to Bhutan, Ruchira Kamboj has scripted history by earning the distinction of becoming the first woman foreign Service officer to be appointed India's Permanent Representive to the United Nations.

From being the All India women’s topper in the 1987 civil services examination and the topper of the foreign service batch to spending nine years in multilateral diplomacy, Ruchira has come a long way. What makes her accomplishments unique is that she has been a trailblazer. She was India’s first woman Chief of Protocol.

As the news of her appointment came on Tuesday, many in India instantly remembered her as the diplomat who stood out for her dressing style characterized by white ‘Chikan’ Kurtas, designer blouses to go with the plain Sarees, and trousers from Lucknow.

Apart from being India’s envoy to South Africa and Bhutan, this French-speaking diplomat has rich and diverse experience in foreign assignments. For three years, Ruchira was India’s Ambassador to UNESCO and was  on deputation to the Commonwealth Secretariat, London, for two years. 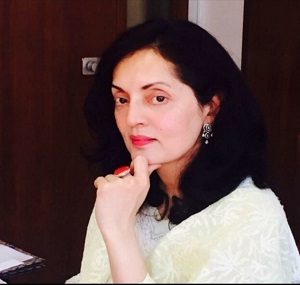 As India’s Chief of Protocol during 2011-2014, this charming diplomat from Uttarakhand made an unforgettable impression on visiting dignitaries, , delegations, and media persons. Images of her extending the first handshake to the Heads of governments arriving in India are still fresh in the minds of those reporting these events.

In May 2014, the Ministry of External Affairs entrusted her a special assignment that entailed directing the swearing in ceremony of Prime Minister Narendra Modi, in the presence of Heads of State and Governments from SAARC nations.She resumed her duties in Paris on completion of this special assignment.

The 58-year-old Lucknow-born diplomat has always commanded attention for her sobriety, elegance, and dressing style but she does not want to be judged only for her dressing style. She insists, “ I am very simple. My focus is on my work. Beyond dressing up, it is what I stand for.’’

I remember her telling me, “Everything in protocol looks seamless, but it is planned meticulously but with great attention to detail, style and elegance. You do a million things right and nobody notices but you make that one-in-a-million mistake and you may be on your way out. The stakes are high. It is a very intricate job that touches virtually every sphere of foreign policy.’’

As Chief of Protocol, she handled almost 250 incoming VVIP visits to India. Much praise came her way but the moments she cherished were when Heads of State, while leaving India, told her, “ We would like to have a Chief of Protocol like India has.’’ 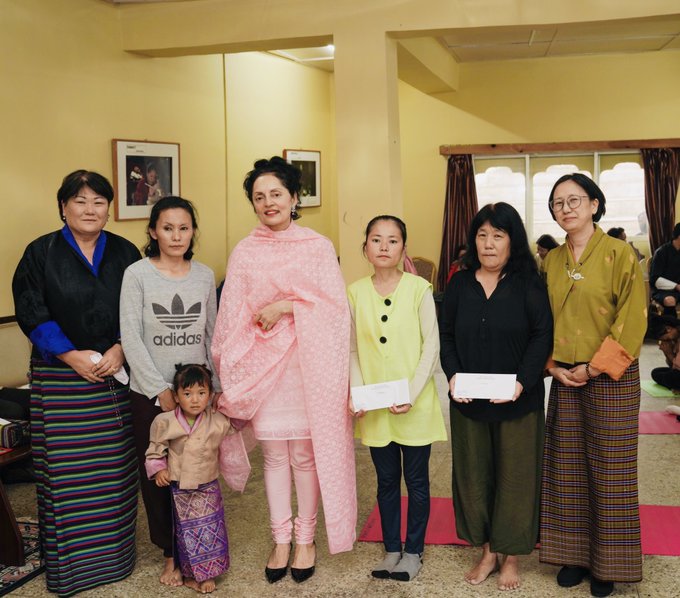 During an informal conversation with this correspondent some years ago, Ruchira who is the only child of her parents had said, “My mother lives in Lucknow. I am hundred percent Uttarakhandi. I lost my father when I was only 16 years old. It was very sudden. The values he gave me have always stayed with me. He was an old-style Indian Army officer and instilled me in the importance of an impeccable dress code according to the occasion. I was only seven years old when he instilled in me the values of punctuality. To this day, I am extremely punctual. And most importantly, he gave me the dream of the Indian Foreign Service which is I am where I am today. So, my way to honour him was to make his dream for me come true.’’

When she was 12 years old, her father called her to his room and pointed to a CD (Diplomatic Corps) car from the window. He said that it is a CD car and asked her, “Do you know who drives those cars?"

"I did not know what he was saying. He said that these cars are driven by diplomats who serve the country. Do you want to serve the country? Between the age of 16 to 21, I decided to put in efforts to make his dream come true with discipline and dedication. I was an ordinary person. I had no special IQ or genius. I was driven by an uncompromising passion to succeed. That made all the difference,’’ Ruchira said.

Ambassador Kamboj had her early education in Delhi and later in Baroda and Jammu where her father was posted. She likes to keep a low profile “I would rather let my work speak for myself,’’ she told me in 2014.

Married to a businessman, Ruchira has a daughter who is a Mechanical Engineer in Boston.

Her mother, who holds a doctorate in Sanskrit from Delhi University, has written many books. A one-act play she wrote in Sanskrit has been translated into German.