For advocate Shahnaz Rahman practicing law is not just about keeping yourself confined within the four walls of courtrooms, arguing and convincing judges to deliver judgments in favour of her clients. Rahman has been working at different platforms to enable people, especially the poor and marginalized sections to derive the positive benefits of the Indian legal system.
After practicing in the Gauhati High Court and lower courts Shahnaz Rahman had undergone training on ‘Mediation’ in the year 2012. Since then she has been a mediator in the Gauhati High Court and its subordinate courts to date.
“Mediation is an Alternative Dispute Resolution (ADR) system. It is an interesting process for the settlement of legal disputes outside the court within a very short time. It is gaining ground in the present-day situation. Long pending cases are settled within a very short period. Being a mediator, I get immense pleasure as well as excitement when a case is settled mutually between two parties and that too within such a short period. I am very happy to solve several cases of property disputes, marital and family discords, and other legal disputes through mediation in Assam in the last 10 years,” Rahman says. 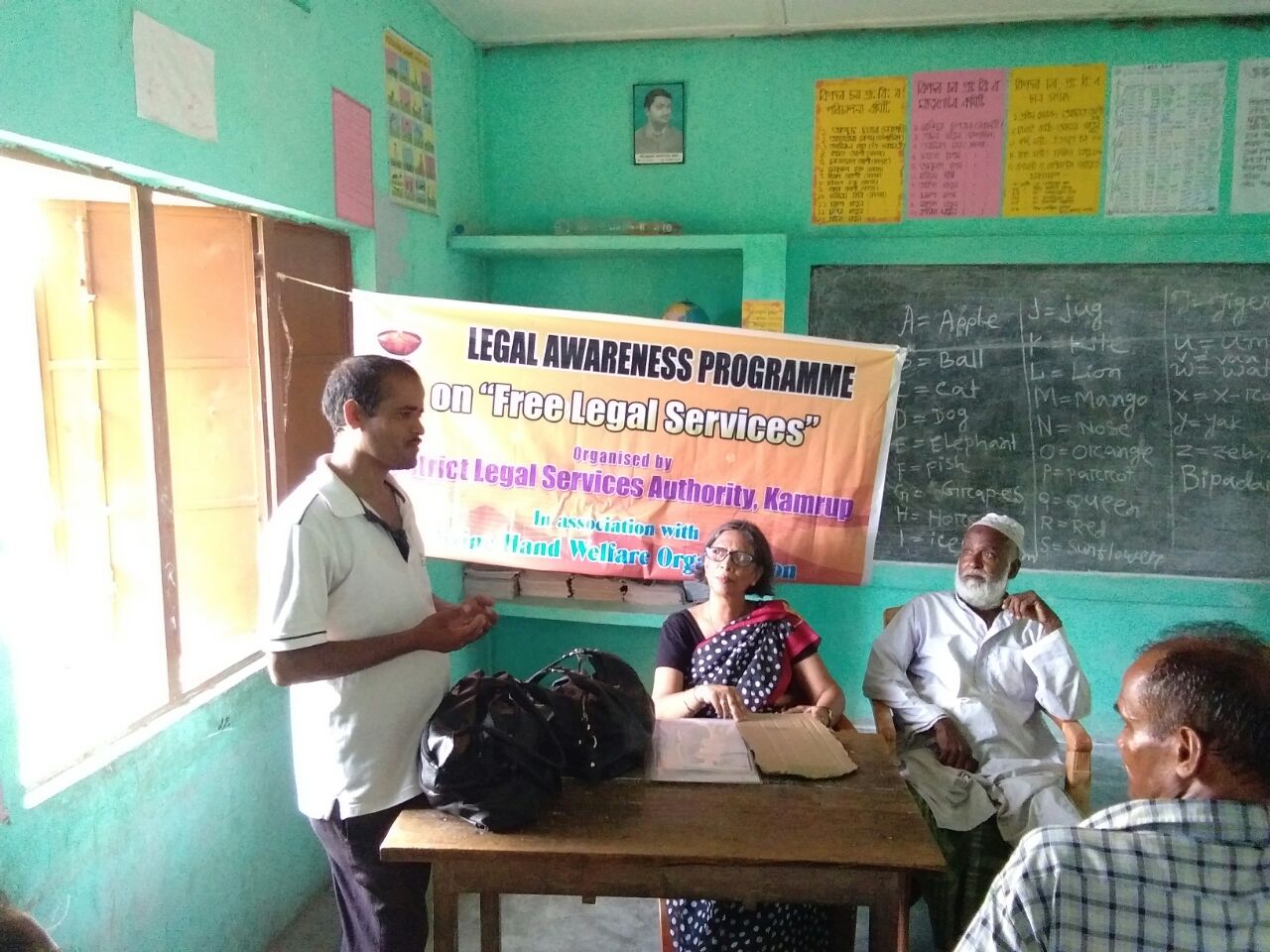 Shahnaz Rahman  in a mediation session with a litigant
In an interview with Awaz-The Voice, Assam, Shahnaz Rahman says that the responsibility of a mediator has also allowed her to create legal awareness among the common people by organizing camps in the interior and rural parts of Assam. Such awareness camps are being organized by the State Legal Services Authority, an NGO.
Rahman has also worked as a conciliator in Lok Adalats. “Meditation system in the judiciary is found to be more interesting to me as I am also teaching the ADR subject in college and accompany the students to Lok Adalats for their practical classes,” she says. In the year 1995 Shahnaz Rahman joined BRM Govt. Law College as an Assistant Professor. She has been teaching at the college to this date.
“Teaching is my passion as it allows me to produce lawyers who can uphold the laws of the land in the future. It is a kind of stress buster for me. Since the law course is a five-year professional course now, students who join the course are found to be serious about pursuing law as a career. It gives me immense pleasure to see them join the legal profession, after having passed out. I do take pride in saying that they are my students whenever I see them in the court,” Rahman says. 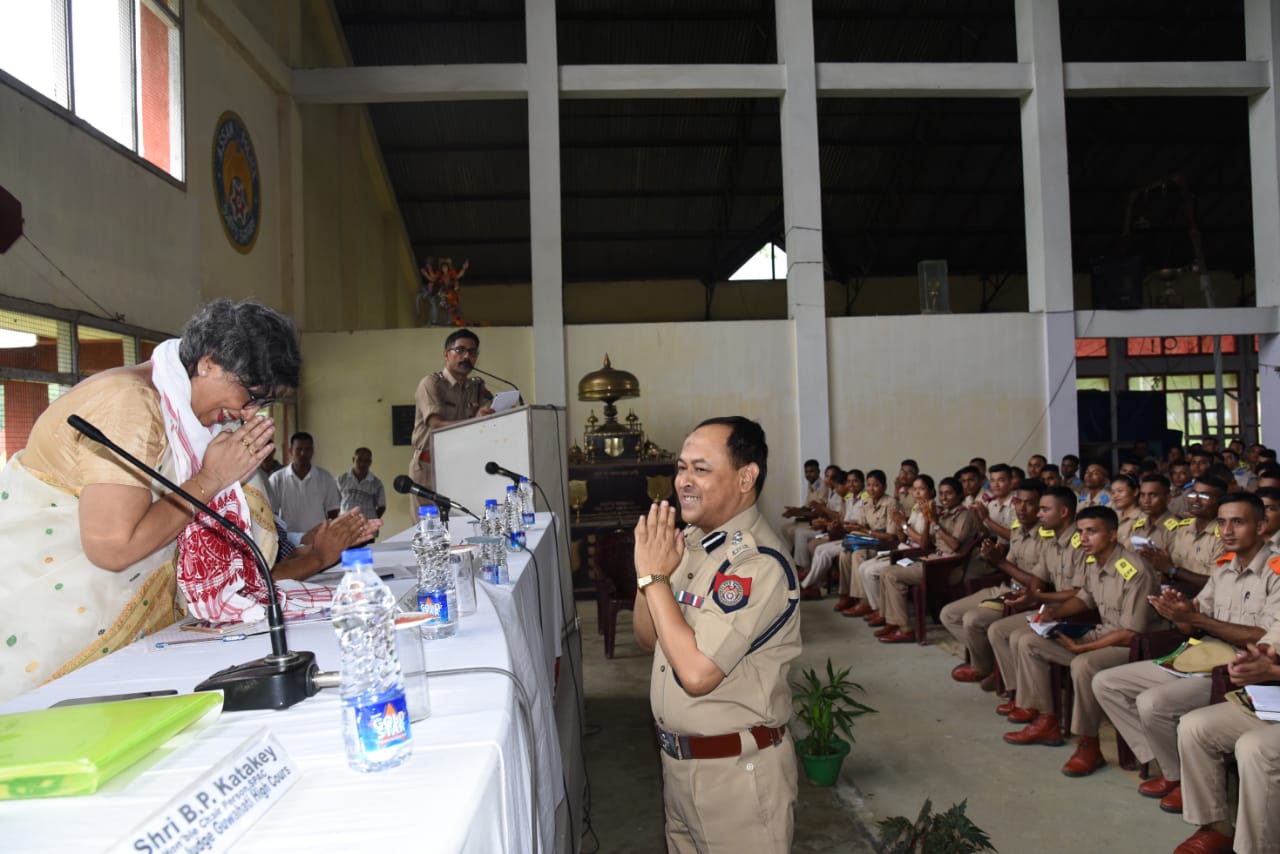 Shahnaz Rahman attending a Police Function
Born and brought up in a Muslim family in Guwahati, Shahnaz Rahman did her early schooling in Loreto Convent, Shillong, and then continued her schooling from St Mary’s convent, Guwahati. She graduated from Cotton College (now Cotton University) with honors in Political Science. She did post-graduation from Lady Shri Ram College under Delhi University and then obtained Ph.D. from Gauhati University on the topic “Indo-Pak Relations since the emergence of Bangladesh (1971-1981). She completed LL.B from BRM Govt. Law College, Guwahati in the year 1986.
Shahnaz Rahman was one of the founder members of the Assam State Commission for Women and had been a member for three terms. Since women empowerment was always an issue close to her heart Rahman used her position in the commission for the welfare of women, especially for poor and marginalized ones.
During her first tenure as a member of the Assam State Commission for Women Rahman was instrumental in establishing the Legal advisory Committee comprising of a lawyer, police officer, doctor, social worker along with the chairperson to sit once a week to take up complaint cases against women victims. Some legislations such as the Assam Witch Hunting (Prohibition, Prevention and Protection) Act, were also drafted by the Assam State Commission for Women. 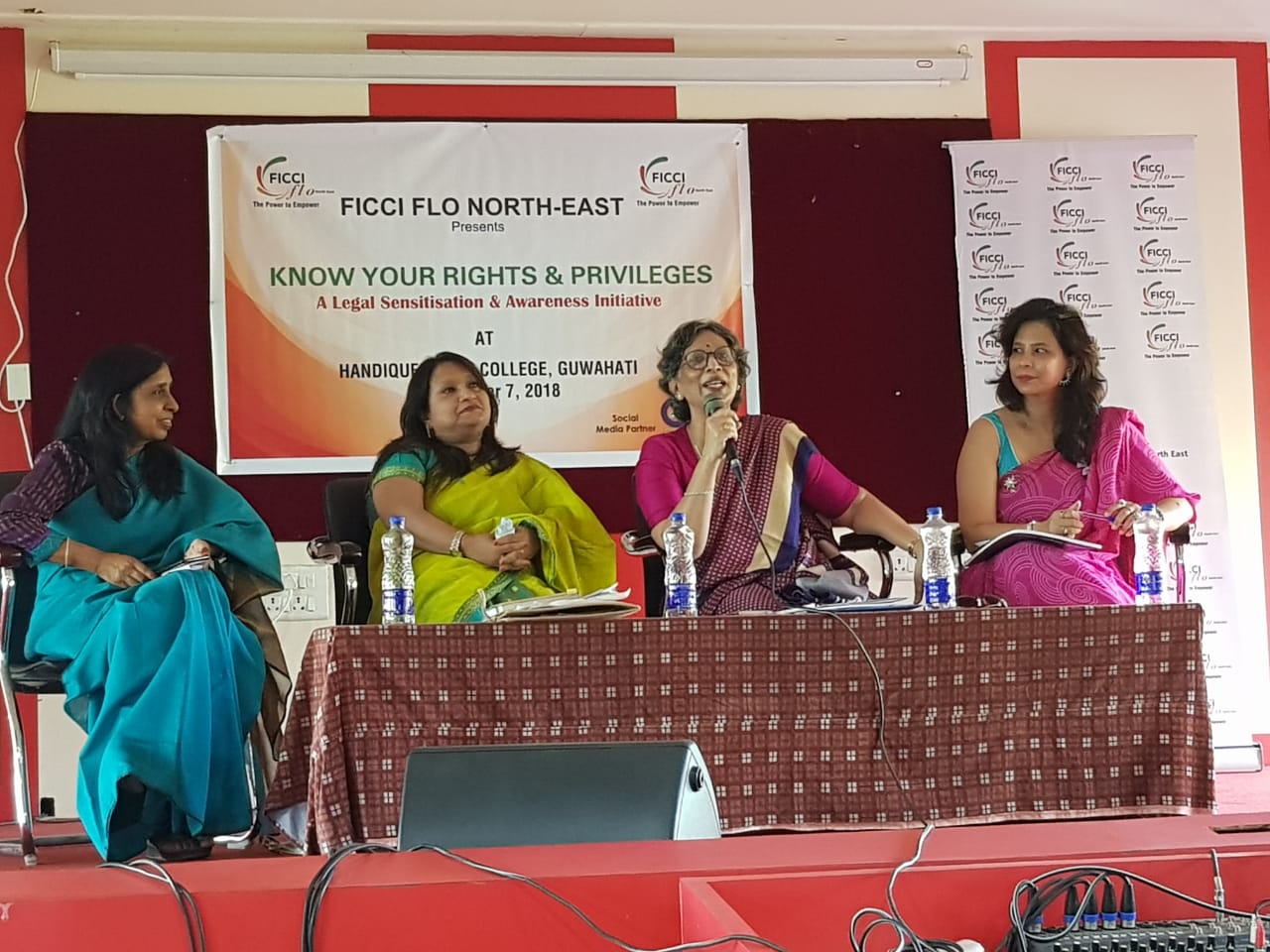 Shahnaz Rahman at a legal awareness camp
In the year 2017, Rahman was appointed as a member of the State Police Accountability Commission, Assam. During her tenure under the chairmanship of B.P. Kataky, former judge Gauhati High Court, the State Police Accountability Commission, Assam had visited police stations in most of the districts of Assam and held legal awareness camps.

Shahnaz Rahman who had an inter-faith marriage, religion is never an issue in Assam.” In my case, our marriage worked out as it was based on tolerance and respect for each other’s beliefs and practices. We had an open mindset which helped us sail through the relationship despite the differences of religious beliefs,” Rahman whose husband Manash Bora passed away in 2009, said.