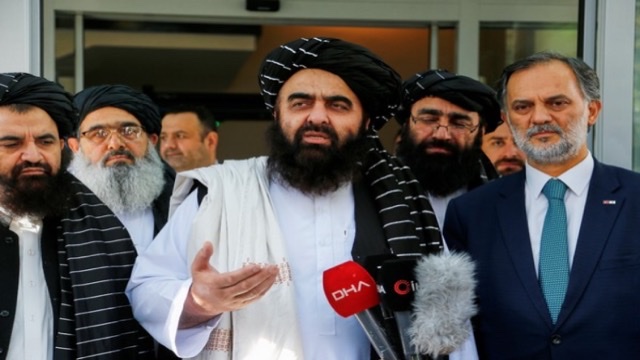 Acting Foreign Minister Amir Khan Muttaqi urged the international community to engage with Afghanistan, saying that pressure on Afghanistan would not resolve the current challenges in the country.

He expressed optimism that the current Afghan government would soon be recognized. During a program hosted by Islamabad-based think-tank on Friday, Institute of Strategic Studies Islamabad, he said that no state has the authority to force them to accept former governments' representatives into the governance system, Pakistan Today reported. "We have Tajiks, Balochs, Turkmens, Nuristanis, Uzbeks, and a number of other ethnic groups," he said. "If by inclusivity they mean the participation of diverse ethnic communities in Afghanistan and people from different regions of the country, then our current cabinet and government meet that criteria," he asserted.

He further said that if former President Ashraf Ghani's government was considered inclusive, then all of the people who worked in the previous administration have been kept in the current administrative system. "And if by inclusivity they mean political opposition figures have a seat in the cabinet and other high positions of power, then please show us an example of such a government where opposition figures are also occupying positions of power," he asked.

Meanwhile, Foreign Ministry's spokesman, Abdul Qahar Balkhi said that Pakistan Prime Minister Imran Khan agreed to allow the transit of wheat donated by India to the people of Afghanistan, reported Tolo News. "Imran Khan pledged that Afghan transit via Pakistan would be facilitated, India-provided wheat will be allowed to reach Afghanistan via Wagah port, as well as visa services will be facilitated," Balkhi said. Pakistan has not allowed Indian shipments to Afghanistan to pass through its territory.

Talking at the Institute of Strategic Studies Islamabad on Friday, Muttaqi said that the Islamic Emirate was committed to the general amnesty. “Any reform that the world wants and is in the interest of the Afghans should be through cooperation, not pressure,” he said.

Abdul Qahar Balkhi, a spokesman for the Foreign Ministry, said that Pakistan's prime minister Imran Khan agreed to allow the transit of wheat donated by India to the people of Afghanistan. “This is a positive visit as Afghanistan is gripped with a severe humanitarian crisis. We hope this draws the support of the international community,” said Hamid Aziz Mujadidi, a university instructor.