Indian ambassador handing over the vaccine to health Minister

Nepal is getting a reality check on its two giant neighbours:  while India has sent a gift of 1 million doses of the lifesaving COVID-19 vaccine to Kathmandu to help it fight the pandemic, the other one – China – has imposed an economic blockade to add to the woes of people in difficult times.

Chinese Army has placed roadblock at Tatopani and Rasuwa border points leaving thousands of Nepali traders and businessmen stranded with their goods on the border. The undeclared economic blockade against one of the poorest nations of the world is leading to huge losses to the economy and adding to peoples’ anger.

The rising public anger has made Nepal's Commerce and Industry Minister Lekhraj Bhatt declared that if China continued with its actions, Nepal would have to rethink about it relationship with Beijing. Bhatt said this in a public rally. Though the pressure to get Chinese open the trade points is increasing on the Oli government, it’s yet to take up the matter with Beijing at the diplomatic level.

China had tried to manage Nepal where a Communist led government of O P Sharma Oli had suddenly fallen in its trap raising eyebrows in Delhi and his own country. Oli initially took a harsh stand against India on the boundary demarcation and even Ram Mandir. It was obviously done to appease the Chinese. However, India remained unmoved by the drama in Kathmnandu as it realized the game plan of China in wooing the smaller neighbours  through its economic prowess and dumping them soon after.

New Delhi treated Nepal like other neighbours, barring Pakista, in sharing the home produced vaccines to shield its people against COVID-19.

People of Nepal  today discuss how India had always come to their rescue in difficult times be in sending quick relief after the devastating earthquake in 2015 or the supplying the PPE kits, ventilators, sanitisers and medicines after the Pandemic broke out.

Prime Minister KP Sharma Oli has expressed his gratitude to Prime Minister of India Narendra Modi and the people of India for this cooperation and goodwill. 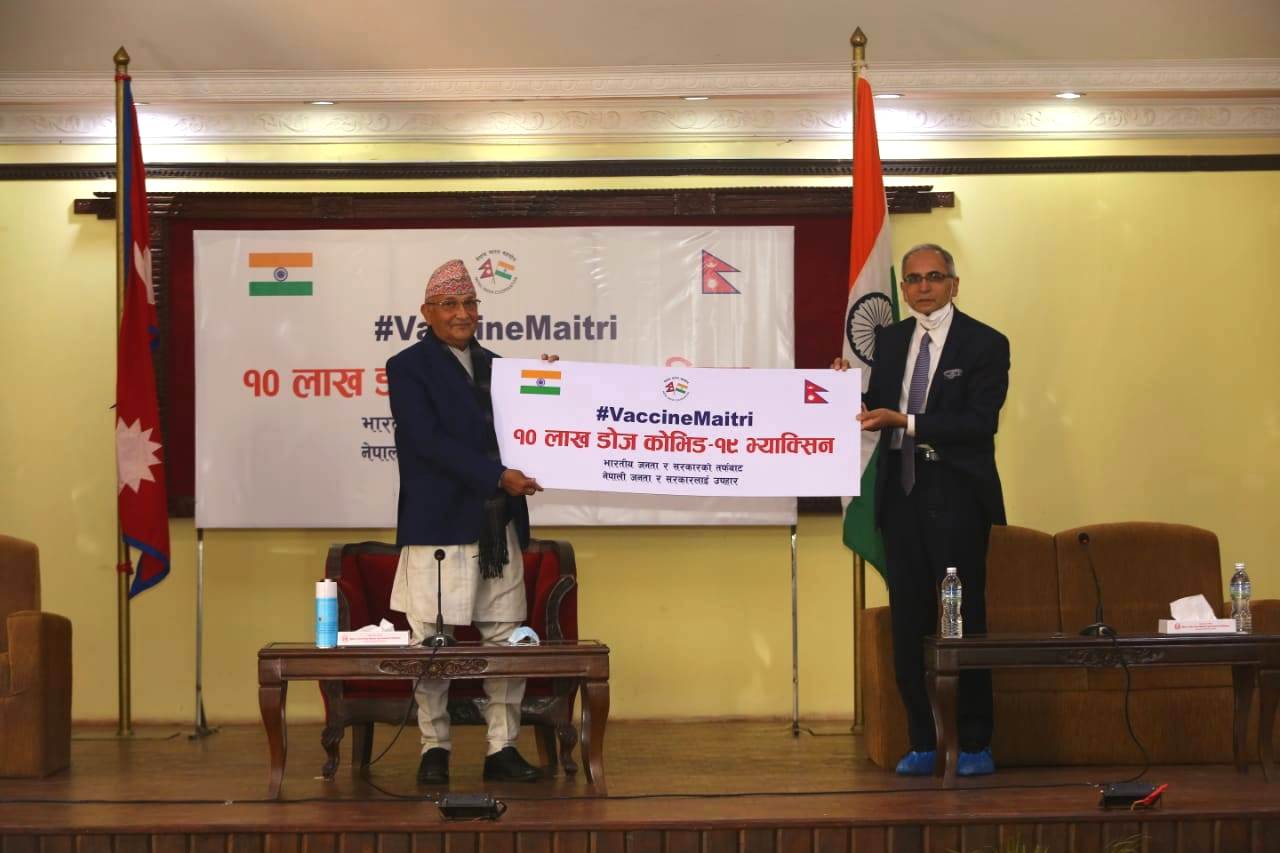 In his message, Oli said “we are grateful to him for the way the Government of India and Prime Minister Modi have shown goodwill towards Nepal and its people. Providing vaccine for the people of Nepal despite its own massive need for its own people shows the close relationship between the two countries.”

While accepting the first batch of vaccine, the Health Minister of Nepal heartily thanked the Government of India, the Indian Embassy and the Indian public. He said that despite all the apprehensions that had developed in the minds of people in Nepal about India, there is a message in it that relations between the people of India and Nepal remains strong notwithstanding the vested interests who tried to put the neighbours against each other.

People across Nepal are openly seeing the contrasting attitudes of its two major neighbours. While one gave the virus (Wuhan) that is making people die in Nepal, the other one gifted vaccine to control it without any strings attached. 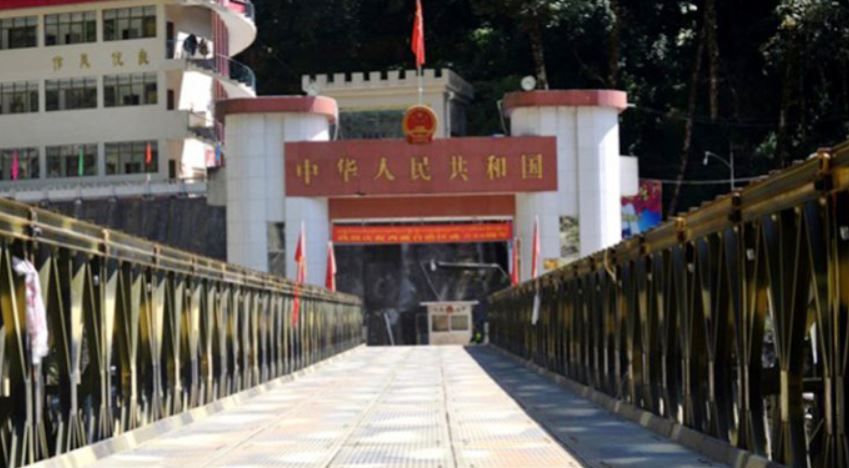 Interestingly, China not only made Nepal pay for all the equipments and goods it gave it to contain the pandemic but also provided them inferior stuff.  A huge financial scam involving the Chinese supply of PPF kits and sanitisers to Nepal through a local firm has surfaced and is being investigated. China sent Kathmandu the used PCR test kit that had to be dumped.

The Chinese Embassy of Nepal was focused on managing the Oli government as it faced revolt from within. For the six months, while Nepal saw hundreds of people die every day from Corona the Chinese Ambassador was visiting homes of ruling party leaders to stop the split of the Communist Party.

China's only agenda in Nepal had been to prevent a split in the Communist Party. Ever since the Prime Minister of Nepal KP Oli started an effort to improve relations with India, China has turned revengeful. China began to slowly occupy villages of Nepal and called these their own and even claimed Mount Everest was located on its territory.