US authorizes USD 200 million for arms, equipment to Ukraine 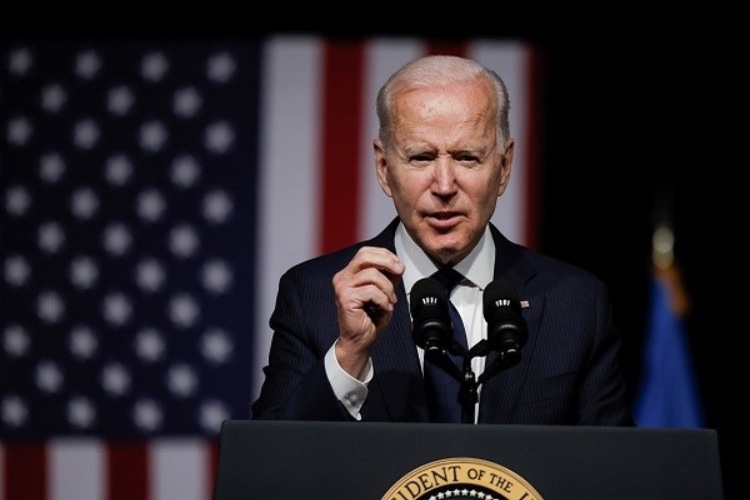 "Today, President Biden authorized $200 million for additional arms and equipment to Ukraine. This unprecedented fourth drawdown in less than one year brings the total U.S. security assistance to Ukraine to over $1.2 billion since January 2021," White House said in a Tweet.

Biden's decision brings total US security aid provided to Ukraine to USD 1.2 billion since January 2021. Meanwhile, Secretary of State Antony Blinken tweeted: "I have authorized a drawdown of up to $200 million for additional arms and equipment to Ukraine. This unprecedented fourth drawdown in less than a year will bring total US security assistance provided to Ukraine to more than $1.2 billion since January 2021."

CNN reported that an administration official said the USD 200 million drawdown will provide "immediate military assistance to Ukraine." Which will include "anti-armor, anti-aircraft systems, and small arms in support of Ukraine's front line defenders facing down Russia's unprovoked attack," the official said.

Earlier in the day, Ukraine said that Russian forces fired at a convoy that was evacuating women and children in the Kyiv region, killing seven people including one child. "Russians shot at a column of women and children in Kyiv region, who were trying to evacuate along a previously agreed "green" corridor. The result of this brutal act - seven dead. One of them is a child," the Ukrainian defence ministry said in a Tweet.

Media outlet The Kyiv Independent reported that the attack took place on March 11 as a column of women and children was leaving the village Peremoha in Kyiv Oblast, using the approved corridor. Earlier, Ukrainian President Volodymyr Zelenskyy accused Russian forces of targeting a humanitarian corridor.

Ukrainian President's aide Mykhailo Podolyak said that the negotiations with Russian delegation are underway in a continuous video format. Among the top priorities of the talks is expanding and setting up humanitarian corridors, especially for the city of Mariupol, according to the state-run media.

However, the delegations met in person three times, with no conclusive results. The last meeting on the Russia Ukraine war took place on March 7.