We know what we are doing: Jaishankar to US 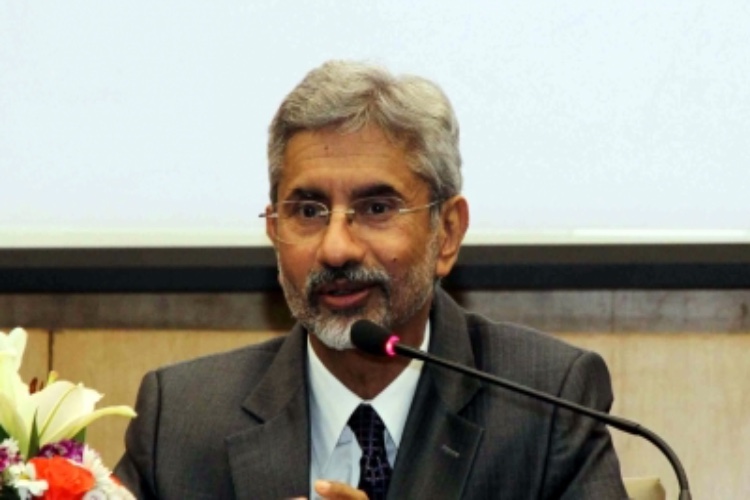 Indian's External Affairs Minister S. Jaishankar delivered a clear message to both US officials and non-officials during his visit this week: India follows global developments closely, it is fully aware of its national security interests, and, lastly, it knows how to protect and pursue them. In short: please stop thinking for us, stop telling us what is in our best interest, what isn't, and what is it that we should do.

Countless US officials, lawmakers, policy experts and media personalities had taken upon themselves in recent weeks to tell India what is in its best interest regarding the Russia-Ukraine war, why it should condemn Moscow and drastically reduce its reliance on Russian military hardware or its support, specially in any future conflict with China.

"Thank you for the advice and suggestions in your question. I prefer to do it my way and articulate it my way," Jaishankar said at a joint press availability with US Secretary of State Antony Blinken, Defense Secretary Lloyd Austin and Indian Defence Minister Rajnath Singh on Tuesday. A reporter had asked him if condemning Russia for invading Ukraine would "best reflect India's foreign policy goals and international standing".

If Jaishankar seemed snappy, he probably meant it. "This seems to be my day to get a lot of advice and suggestions from the press, so thank you for joining that," the minister said to another reporter at the availability. "But look, we watch what's happening in the world, like any country does, and we draw our conclusions and make our assessments. And believe me, we have a decent sense of what is in our interest and know how to protect it and advance it. So I think part of what has changed is we have more options than we did before."

When he was asked if India was concerned over the growing diplomatic, military and economic ties between China and Russia. And in light of that concern, is India going to reduce its reliance on Russia economically and militarily? Though directed at reporters, Jaishankar's remarks could not have been lost on the two US officials on the stage with him, Blinken and Austin. Multiple American officials including Under-Secretary of State Victoria Nuland and Deputy National Security Adviser Daleep Singh  had pressed India in recent weeks to forcefully condemn Russian invasion suggesting that Moscow cannot be a reliable partner any longer because of its growing ties with Beijing; they underscored the vow of "no-limits" in the relationship professed recently by Presidents Vladimir Putin and Xi Jinping.

Singh kicked up a furore during a visit to India in March when he tried to hard-sell this line with a threat of "consequences". Nuland sought to clean up the mess left behind by Singh telling NPR last week: "In our conversations with India, whether it was my conversations to Daleep Singh's or Secretary Blinken, it is not a matter of warning. It's simply a matter of reminding India that Russia will try to abuse their longstanding defence relationship to get advantages here, and that it is not a good bet to help Russia out during this brutal conflict."

Jaishankar did not name any of the US officials or mention their remarks, but probably meant them as well for trying to "remind" India of its security concerns as if India was unable to see them for itself. So the minister continued in the same vein Wednesday when he said this in an interaction with Indian media reporters: "We follow everything and international relations which are of interest to us, which affects us. And obviously, you know, where there are developments or interactions. You mentioned Russia and China, we also follow America and China. So, and rightly so, because that then gives us a view of, you know, what is happening in the world and how our interests are impacted in some way, from that. So, we do monitor and do assess and do on where, where it is warranted, respond to what happens in international relations, especially between major, major states."

The career diplomat-turned-politician left Washington DC and all who live and work here and fret about India with a clear and unequivocal message: We know what is best for us and we know what we are doing.